LONDON − Scientists in the U.S. claim they have developed a simple, one-step process that turns plant tissue into biofuel. A genetically-engineered bacterium can convert switchgrass into ethanol directly, without any expensive pre-treatment with enzymes to break down the cellulose fibers into something suitable for fermentation. 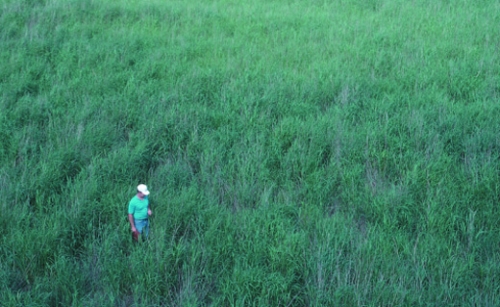 Biofuel is already big business in the U.S., with 13.3 billion gallons of ethanol delivered for vehicle fuel in 2012. It represents a carbon-neutral form of fuel, which is good, but not so good is that much of it has been converted from maize, a food crop requiring vast tracts of agricultural land that may one day be better used to produce food.

However, researchers at the University of Georgia at Athens report in the Proceedings of the National Academy of Sciences that their new microbe, called Caldicellulosiruptor bescii, can not only convert biomass cellulose to sugars, but also turn the sugars to ethanol for fuel.

And it works on switchgrass, a North American native plant that flourishes on marginal and waste lands.

The researchers selected their candidate bacterium – found all over the world, usually in uncomfortable places such as hot springs – and introduced into it genes from other bacteria that produce ethanol.

They then had something that could turn fibrous grass into motor fuel, rather in the way that more traditional microbes turn barley into beer or grapes into wine.

“This is the first step towards an industrial process that is economically feasible.”

“Given a choice between teaching an organism how to deconstruct biomass or teaching it how to make ethanol, the more difficult part is deconstructing biomass,” said Janet Westpheling, a member of the research team.

“Now, without any pre-treatment, we can simply take switchgrass, grind it up, add a low-cost, minimal salts medium, and get ethanol out the other end. This is the first step towards an industrial process that is economically feasible.”

The conversion of energy-rich corn or sugar cane to biofuels is an interim solution, because soon such produce will be more valuable as food.

The University of Georgia team is only one of hundreds that are experimenting with new ways to turn inedible plant growth from waste land into some form of fuel. The challenge to be overcome is the sheer toughness of plant fibers.

At least one team has looked for a way to exploit the soft, fast-growing tissues of duckweed; another has found a way to get high-grade rocket fuel out of a native American fir tree; and a third team has managed to convert algae into fuel oil.  In Finland, meanwhile, researchers are investigating ways to convert waste wood into methanol. In all cases so far, the work is either experimental or in a prototype stage. 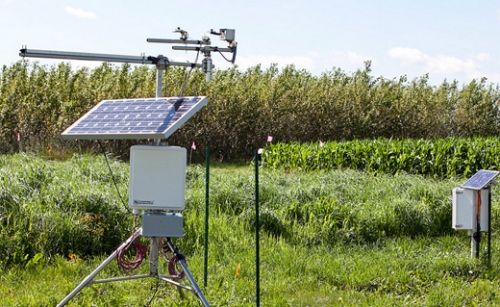 The long-term prize will go to the production system that can deliver, on an industrial scale, the most reliable supplies of liquid energy at the most cost-effective rate.

So far, the genetically-modified C. bescii looks promising. In experiments, it has converted switchgrass to fermentation products that are 70 percent ethanol.

It is also versatile. The Georgia team reports that it has also been used to make other fuels, such as butanol and isobutanol.

“This is really the beginning of a platform for manipulating organisms to make many products that are truly sustainable,” Prof. Westpheling said.

Tim Radford is a reporter for Climate News Network. Climate News Network is a news service led by four veteran British environmental reporters and broadcasters. It delivers news and commentary about climate change for free to media outlets worldwide.