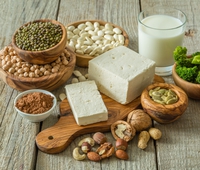 21 Feb 2017 — Demand for plant-based ingredients like algae, spirulina, seaweed, duckweed, pea proteins is climbing, as the appetite for pulses, non dairy or meat-free alternatives increases – even insects are getting in on the alternative protein scene. Interestingly the consumption of fresh fruit and vegetables is in a ten year decline with no real progress made in Europe, the US or elsewhere despite massive health campaigns pushing for everyone, kids especially, to eat more of the good stuff.

On the consumer side, people are eager to experiment, are ethically or politically motivated to swap out meat and dairy proteins for environmentally and animal friendly alternatives, and compelled to look for “what’s next”.

But will the West really take to insects over more traditional sources of protein in the long term? Will there be a sustainability backlash, or at least will ethics and morality stand the test of time for both consumer tastebuds and profit-driven manufacturers?

Who knew we’d be talking about cricket-based energy bars, ditching meat and dairy, opting for algae-infused eggs or searching for spirulina supplements… but here we are.

FoodIngredientsFirst goes through some of the trending alternative proteins leading the pack in 2017.

Late last year Innova Market Insights revealed its top trends likely to impact the food industry in 2017 from its ongoing analysis of key global developments in food and drinks launch activity worldwide – and in at number 2 was “Disruptive Greens”.

This is where we start because plant-based protein is a front runner in the alternative protein scene.

As plant milks, meat alternatives and vegan offerings have moved rapidly into the mainstream, consumers are looking for innovative options to take the inherent benefits of plants into their daily lives. Even dairy companies are now leveraging the functional and technical benefits of plants in new product development.

This is driving more variety and excitement into their category. Plants are finding applications in diverse categories, whether as a product base as flavor inclusions, or as a source of color or health.

And with that comes investment by innovators and company acquisitions.

Algae: Alternative food sources derived from the sea are packed with protein and there’s plenty of research focusing on microalgaes as nutrient-rich proteins.

Earlier this year health store specialists Holland & Barrett launched alternative eggs made from algae, retailing in the UK at 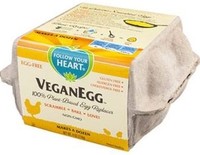 Click to Enlarge£7.99 (US$9.93). High in fiber and half the calories of hen eggs, the plant-based vegan egg is a flour made of algal, an ingredient derived from water-dwelling algae.

General Manager of Food Ingredients at TerraVia puts it down to the accelerating growth of plant-based foods, driven by consumer demand for clean labels and healthier foods with great taste.

“There are opportunities for our Lipid-Rich and Protein-Rich Whole Algae ingredients across every aisle of the grocery store,” he says.

Vegetarian/Vegan: The strong rise in demand for vegetarian and vegan options is having a profound impact on new product development, particularly in western markets. According to Innova Market Insights, over the last five years, US product launches tracked with vegetarian/vegan claims have grown faster (+32-38% CAGR) than overall US food and beverage launches tracked (6.7% CAGR).

Launches tracked with vegetarian or vegan claims grew from 6% to 17% of total US launches over this period. 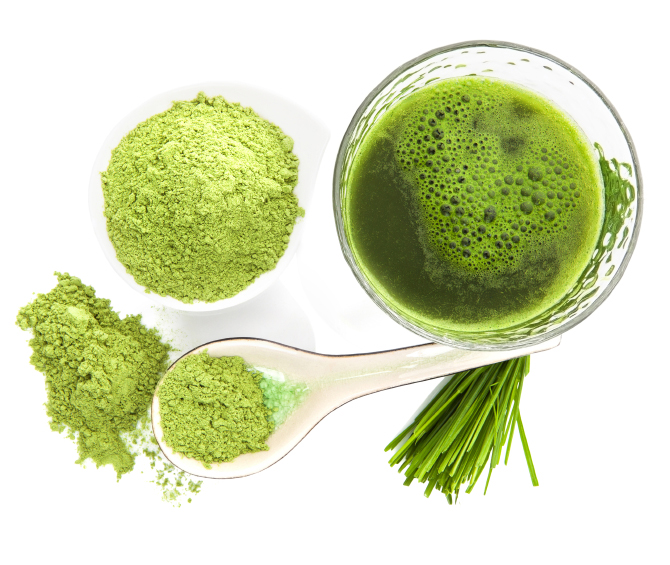 Click to Enlargelysine compared to certain animal-derived products. Arthrospira is cultivated worldwide; used as a dietary supplement as well as a whole food; and is also available in tablet, flake and powder form. It’s a growing area of focus in terms of an alternative protein whether as a whole food, ingredients or supplement. It is also seeing rising levels of use for blue and green colors in a range of foodstuffs.

One spirulina innovation presented at SIAL 2016 came from B Blue Nutraceuticals, which is set to launch a fresh spirulina functional drink in France this year.

While spirulina can be considered a trending alternative protein, some manufacturers report high production costs involved which impacts profit margins.

One example is Hawaii-based Cynotech, manufacturers of spirulina and astaxanthin. The corporation grows algae products on an open pond on the Big Island and reported a 0.9% increase in net sales at the end of its third quarter (December 2016), with net sales for the period at US$7.6 million compared against US$7.5 million the year before. However, Cynotech cited heavy production costs as a reason for its gross profit declining.

There can be sudden and often unexpected costs involved in cultivating plants and algae impacted by weather, sanitation issues and so on that can lead to lower production levels and therefore higher prices.

Water Lentils/Lemnoideae: In contrast plant-based protein pioneers Parabel is bolstering its position in the burgeoning market by building several processing facilities for its water lentil-based proteins.

It is making plant protein ingredients out of Lemnoideae (water lentils) for the food and feed markets in a groundbreaking and sustainable way. Lemnoideae is commonly known as duckweed or water lentils and is the world’s smallest flowering plant. It is highly nutritious and contains large amounts of protein.

Parabel, which launched ingredient LENTEIN, builds open hydroponic ponds but doesn’t use genetically modified seeds or chemicals in processing the crop. lt has the patents for this and it’s been developed for more than for seven years and is bolstering its position in the burgeoning plant-based protein market by building several processing facilities for its water lentil-based proteins.

“We have during these years learned how to grow and optimize the protein content such that the yield of protein is higher than any other crop per acre including soy,” vice president of marketing Cecilia Wittbjer, tells FoodIngredientsFirst.

According to Wittbjer, the demand for plant protein is ever growing.

“We are going to be in stores shortly. The first market is the supplement sector but with our de greened versions we will be put into any foods where soy, pea or whey is used.”

“Parabel has developed a new sustainable plant protein for the global food industry. It’s not expensive, free of food allergens, has higher levels of essential amino acids (and BCAA’s) than soy or pea, PDCAAS of .93 which is high for a minimally processed plant protein and contains other macro and micro nutrients.”

Yeast Proteins: Lesaffre Human Care claims to have developed a true game-changer for the protein market, which is currently driven by animal and vegetable sources of protein. With consumers turning away from animal proteins, Lesaffre Human Care have witnessed the rise of plant-based proteins such as soy protein and pea protein.

Lynside ProteYn is a range of high-quality proteins derived from yeasts and therefore extremely promising as it builds upon nutritional yeasts’ notoriety. Nutritional yeasts are indeed very well-known and they have been trusted by consumers for decades to help with both targeted benefits and overall well-being. Designed to cater to modern consumers who are increasingly interested in non-animal sources of proteins, while seeking reassurance regarding the quality, safety and origin of the products they choose, Lesaffre Human Care’s Yeast Proteins are ideal for virtually any individual (time-crunched active adult, senior, dieter, etc.) wishing to increase his/her overall protein intake. The Lynside ProteYn range is guaranteed non-GMO and free from anti-nutritional factors such as protease inhibitors, phytates, etc., and is produced without pesticides or antibiotics for growth. Lynside ProteYn is also vegan/vegetarian/flexitarian-friendly, gluten, soy and dairy free.

Unlike a majority of plant-based proteins, Lynside ProteYn ingredients are complete proteins containing all nine-essential amino-acids and comparing well with other protein sources.

Seaweed: Aquaculture, or farming the ocean, is playing its part in the rise of alternative proteins – and the seaweed sector is booming with reported increases in worldwide production. On top of being an organic protein booster, seaweed is considered a good salt alternative, another reason the Western world is increasing cultivation volumes which currently exceed 25 million metric tons.

And according to research by Innova Market Insights, salt intake is an important influencer to more than half of Americans (54 percent) and so seaweed could function as a natural salt substitute. On top of that, there has been a steady growth in global launches of seaweed-containing products in the last five years and a 10% increase in global supplement launches containing seaweed ingredients from 2014 to 2015.

“Interest in the West has been sparked by the wide range of seaweed applications, from health foods through to fuel, that can be produced in a sustainable way and has little environmental impact,” says Nicholas Owens, director of the Scottish Association for Marine Science.

As the West considers seaweed a burgeoning market, the East, of course, has been hailing the superfood qualities of seaweed for centuries… the same is true for insects.

Insects: Sustainability is also driving the alternative protein trend. A few years back the United Nations Food & Agriculture Organization stressed that a new approach to food production was crucial if we are to avoid future shortages – and its suggestion was edible insects.

The sustainability credentials of insects is what lead the UN to highlight them as the potential future of food, requiring minimal resources to farm and producing substantially less waste than conventional livestock.

Around 2 billion people around the world already consume insects as part of their regular diet due to their high nutritional value, versatility and flavor and recently there has been a many innovations in terms of insect protein bars, drinks and powder products.

Although there may be a long way to go before Westerners’ aversion to consuming mealworms, crickets and alike, the world’s leading producer of edible insects, Proti-Farm, is actually based in the Netherlands and has been producing edible insects for human consumption since 2007.

CEO Heidi de Bruin scaled up operations last year to better serve the ongoing demand for food insect ingredients and at the time told FoodIngredientsFirst: “The demand for insects as a food ingredient for products like protein powder is increasing rapidly, our worldwide customer base keep asking for more.”

“People are slowly becoming aware of the importance of reducing meat consumption, for ethical, environmental or health 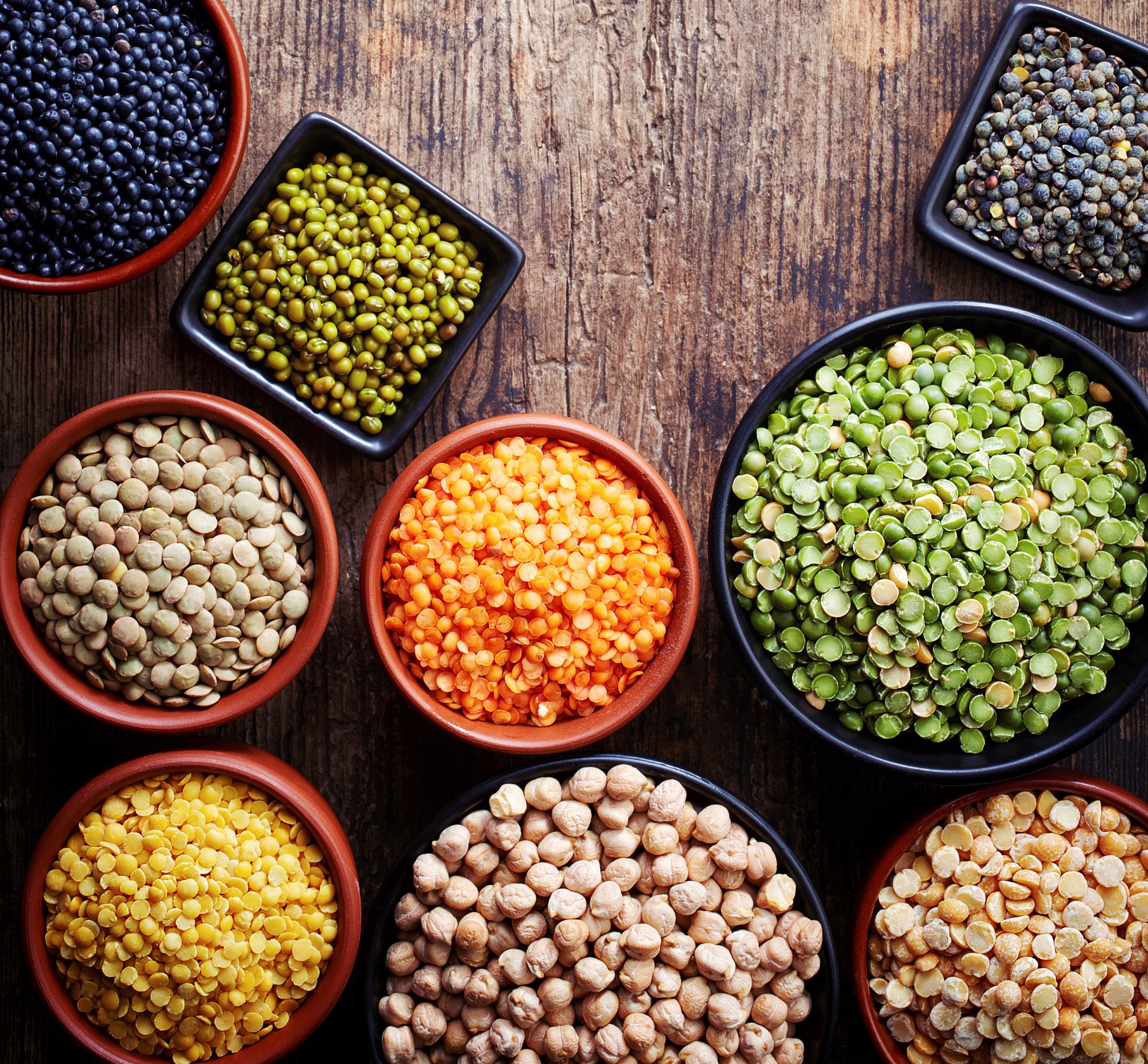 Click to Enlargereasons. This is matched with increasing innovation in the areas of meat and dairy alternatives, both on a qualitative and a quantitative points of view. At the same time, the sales of alternative proteins, in particular pea proteins have increased dramatically in those last five years,” says the company’s chicory product manager, Sabrina Marnet.

The large industrial unit will expand Roquette’s pea-protein production capacity and help address the growing customer demand for plant-based proteins in North America and globally, according to Jean-Marc Gilson, CEO of Roquette.

“This investment confirms our commitment to the highly promising pea protein market. We have been a pioneer in plant-based protein specialties with more than 40 years’ experience in research and production. This new site, together with our existing plant in France, confirms Roquette as the long-term leader in the plant protein specialties market worldwide, and it is a great example of how we are helping to meet customer and consumer expectations for innovative and sustainable plant-based solutions.”

Of course it’s consumer demand driving new product innovations, but at the same time, the fact that big business is significantly investing in the sector demonstrates the perceived staying power of alternative proteins.

Although we talk about it in terms of “trends”, it’s highly likely, the alternative appetite will mature into the mainstream in the coming years and our penchant for protein-packed dairy- and meat-free sustainable ingredients will strengthen.

To contact our editorial team please email us at editorial@cnsmedia.com

If you found this article valuable, you may wish to receive our newsletters.
Subscribe now to receive the latest news directly into your inbox.

WORCESTER — The Better Business Bureau has revoked the accreditations of Peterson Oil and another company it runs, Cleghorn Oil,