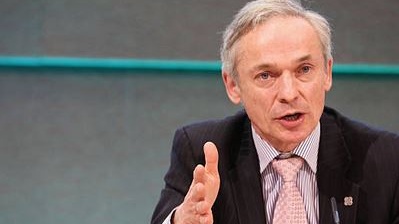 Coal firms have threatened the State with legal action if it proceeds with a plan to ban smoky fuel in October, The Irish Times has learned.

It had been promised that the long-planned legislation would come into effect in September this year, with coal-sellers given a year from last September to sell off their remaining stock.

However, a spokeswoman for Minister for Climate Action Richard Bruton confirmed to The Irish Times that “a number of coal firms have indicated that they would challenge the decision of two former ministers to introduce a nationwide smoky coal ban”.

Industry sources said that any legal challenge would likely hinge on the specific ban on coal versus other fuel sources, including wood and peat.

Mr Bruton is now working with the Attorney General to “finalise a legally robust plan which will improve air quality by reducing particulate matter in the air”.

He has also asked the Environmental Protection Agency (EPA) for a report on air quality in areas not currently covered by the smoky coal ban, the spokeswoman added. “This will provide important evidence which can assist in the development of this legally robust plan.”

The nationwide ban on smoky fuel was first announced by former minister for the environment Alan Kelly in 2015. It had also been signalled by his predecessor Phil Hogan. Former minister for climate change, Denis Naughten had indicated that he was on the verge of signing the statutory instrument to extend the ban nationwide before he was forced to resign following a controversy over his handling of the National Broadband Plan bidding process.

The delay in instituting the nationwide ban has provoked strong criticism from fuel distributors, who have invested multimillion sums in clean fuel plants on the assumption that there would be a wider market for their product once the ban was in place.

Tim Minett, chief executive of CPL Fuels, built a €20 million facility in Foynes, Co Limerick, to produce smokeless fuel. “When Alan Kelly announced in September 2015 that the ban would go ahead, we initiated our investment,” he said.

The plant was completed in 2018, but now faces an uncertain future, while CPL Fuels must make investment decisions about how much coal to buy for winter 2019/2020 in the coming weeks. “I’ve got to either gear up for the market being 100 per cent smokeless or continuing 50/50 smokeless and coal”.

He said currently his new plant was running at around a quarter of its capacity, and that he faced “huge decisions” in the coming weeks.

CPL Fuels has shelved plans for a second phase of the facility.

“A lot of the business case is based on the amount of this fuel being needed going up significantly. We are disappointed with the lack of commitment from the current Minister to engage at all.”

The burning of bituminous – or smoky – coal is widely seen as one of the most damaging factors influencing air pollution as it generates sulphur-dioxide and particulate matter. Scientists at NUI Galway have found that extreme air pollution events in Ireland are driven disproportionately by the burning of solid residential fuel, while during winter months air quality in towns and villages is significantly worse than in larger cities and towns where a ban is already in place.

Both companies have written to Mr Bruton, but received no response.

“Really, we are left with complete uncertainty in trying to plan for the future,” Mr Maher said.