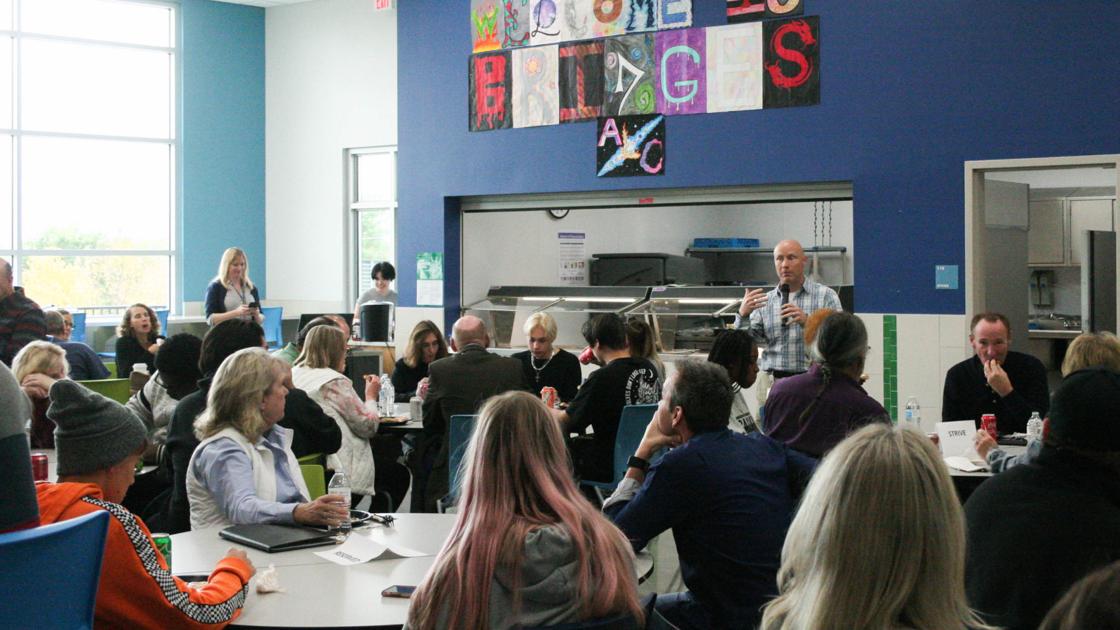 PRIOR LAKE — Staff and students at Bridges Area Learning Center said they’re excited and optimistic about the new space’s potential.

The new facility cost more than $4 million from 2017 referendum money and opened this fall to its inaugural class. Educators said the move to a custom-made facility has shown students they’re valued and improved school morale.

“It’s been the calmest, easiest, most stress-free start of a school year,” center coordinator David Brown, who’s been with the program since its inception almost a decade ago, said. “The day-to-day operations and the school culture has been the best I’ve ever experienced.”

The opening of the facility will be officially celebrated on Oct. 21 with a ribbon cutting ceremony and dedication and is just one of many major changes to facilities across the district.

Summer construction brought the completion of several renovations including new cafeterias at Twin Oaks, Hidden Oaks, and Westwood and Edgewood schools. Crews also made progress on the new Hamilton Ridge Elementary School and tower additions to the high school.

Bridges provides an alternative and more individualized route for students struggling in traditional high school to get their high school diploma. Around 100 students are enrolled this year.

Bridges social worker Kevin Wagner said the new space was the “icing on the cake” to a program he considers one of the best he’s seen in his almost 20-year career. And when asked how teaching in the new building has been, English and Biology teacher Alexius Serefeas said, “Oh, my God, it’s great.”

The program has only moved about a mile, but to educators and students the new building feels a world away from Northgate Center, the program’s first home. In the strip mall, the space’s box-like classrooms limited on collaboration and learning, some said.

Math teacher Andrew Martin said he loves what the addition of new technology has done for his lessons. Dual whiteboards and projectors bring students together for interactive lesson plans, while Chromebooks allow students to test and read lesson materials at their own pace.

Martin said the natural light has also been a welcome change.

“My room did have any windows in it at the last building and just kind of felt like a dungeon,” Martin said. “I find myself staring out at the windows sometimes just like the students do.”

The rest of the space has the ability to change with the students. Most of the furniture is wheeled, if not lightweight and easily mobile.

Projects in the building’s maker lab take things one step further. The space currently hosts the art classes, but Brown said he has hopes that one day it will also serve as kind of a fabrication lab like that at Prior Lake High School. This year, student projects will add to the space, encouraging students to settle in by filling the halls with their own work.

Sophomore Rylee Jae beamed as she talked about her favorite contribution to the center: a poster of a clock that says “Live in the now” and decorates one of the breakout rooms, a smaller learning space off of the main classrooms.

“I really like (the space) because it started out kind of blank, but all of us are making it ours now,” Jae said. “It’s interesting because you can see a piece of everyone in here.”

Staff said the new building now matches the positive feeling within the program.

Sefereas said students were initially awed at the facilities — and the price tag that came along with it.

“You guys are students, you deserve to have a nice place to learn,” Sefereas said she told students. “You are worth this investment, and we believe that you’re going to live up to it.”

Brown said he knew in the design phase that the new Bridges would be a great space, but seeing it come to life surpassed his expectations.