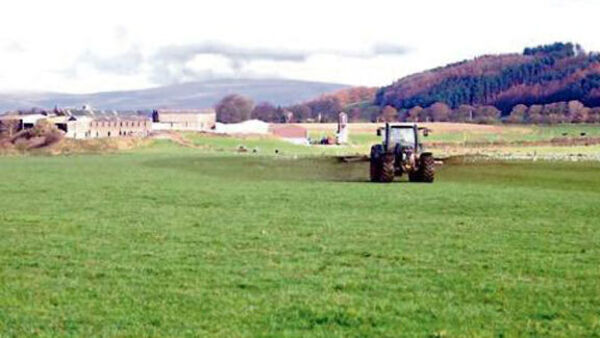 Farmyard slurry has been transformed from a waste product needing storage into a way for farmers to grow animal feed thanks to pioneering research being carried out by UCC scientists.

Under the EU-funded Brainwaves Project, which started officially in January, researchers have devised a method of turning farmyard slurry into a way of growing nutritious, cheap animal feed — or, as Professor Marcel Jansen, of the UCC School of Biological Earth Environmental Sciences puts it, a method of generating revenue from waste as part of the circular economy.

“Brainwaves is looking at farmyard slurry, enormous amounts of which need to be stored,” he explains.

In concentrated amounts slurry is a good fertiliser, he explains, adding however, that farms also have enormous amounts of a watery slurry known as ‘thin fraction’ slurry:

“There are enormous volumes of this across Ireland. Farmers must store it, so what we want to come up with are ways of using thin fraction slurry to generate value.”

The team has found a specific plant species, duckweed, or Lemna, that can grow on thin fraction slurry — and which can be turned into nutritious, low-cost animal feed: “Duckweed or Lemna is an aquatic plant that floats on the water and grows very fast.

“There’s no other plant which grows as fast as duckweed. It can double in size in just two days — and it can grow on thin fracture slurry.”

The other important thing about duckweed is that it also has a very high protein content: “Duckweed is not just high in protein but it is the right protein.

“It is believed to be as nutritious as soybean which is widely used in the agricultural industry as feed-stuff for animals,” Professor Jansen explains.

Soybean, which is quite expensive, must be sourced from South America.

However, he points out, the UCC research has opened up the potential to develop an Irish equivalent, which will soon be widely available as it is very easy to grow — and there’s another benefit: ”As these plants grow, they take up the nitrate present in the slurry so they effectively clean the water while generating an animal feed!

“Therefore there are two benefits — the cleaning of the water and the generation of kilograms of feed which can be grown and used directly as a feed by farmers, or which can be processed in seed-mills to produce a feed for use.”

Over the next three years, the team hopes to build a full demonstration set-up to which farmers will be invited and which they can study, and publish DIY manuals showing farmers how to do it themselves.

“The end result of this project will be cheaper and more sustainable feedstuff for farmers. We will not be dependent on international trade of soybean which is becoming very expensive.”