With meat-processing workers falling victim to COVID-19, shuttering plants and slowing supply, Americans are starting to see poorly stocked aisles where once beef and pork were plentiful. At the same time, the link between industrial meat production and deadly human viruses has become more widely understood.

The global crisis, in other words, is turning into a big opportunity for the plant-based protein sector. Beyond Meat Inc, one of the bigger names in food technology, last month saw its shares jump 49 percent.

Meanwhile, venture capitalists have been pouring money into smaller companies, some focused on lab-grown meat analogues as well as plant-based substitutes. In the middle of last month, US sales of these products were double that of the same period last year. 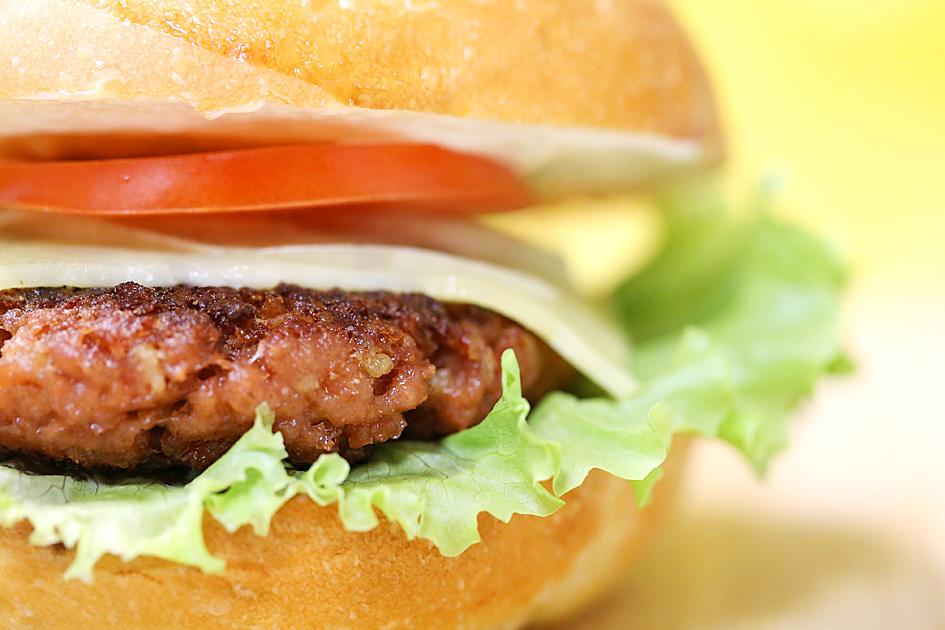 “The thesis of alternative proteins is strengthened by COVID-19,” said private equity veteran Jeremy Coller, a long-time vegan. “We see this as a massively growing and important sector.”

Coller, founder of Coller Capital, formed asset manager collaborative FAIRR to push companies toward greater food sustainability because of the risks — so clearly illustrated by the current recession — to the global financial system. Its members manage US$20.4 trillion.

The annual retail food market grew only 2.2 percent last year, according to industry trade groups. By comparison, plant-based foods were up 11.4 percent, as estimated by the Plant Based Foods Association.

Even as the administration of US President Donald Trump tries to keep traditional US meat plants open, the pandemic is providing a tremendous boost to consumer interest in alternative products.

In Europe, Barcelona, Spain-based Novameat is moving quickly to capitalize on the moment. It uses tissue engineering and bio-printing technologies to produce meat alternatives.

Founder and chief executive officer Giuseppe Scionti said that his company has pivoted to developing pork substitutes, given supply issues in the US and Brazil.

We “wanted to demonstrate that our technology is highly adaptable to work with a variety of ingredients, to mimic different types of plant-based meats,” he said.

With pork texture and appearance already sorted, Scionti said he expects “to have the taste hacked before this summer.”

However, nowhere is the potential for meat alternatives more significant than in China, the starting point of the pandemic.

“Food security is an issue that is top of mind for the Chinese government,” said Bruce Friedrich, executive director of the Good Food Institute, a nonprofit that promotes meat, dairy and egg alternatives.

In China, plant-based dairy has long been a staple, along with the basic protein alternatives like tofu, but it has been slower to innovate in the faux or cell-based meat space.

However, in a post-coronavirus world, China could move more swiftly on this front, and US companies might be the ones helping propel it.

In February, PepsiCo Inc acquired Baicaowei (百草味), a Chinese snack company that launched a plant-based sausage made from soy and konjac, for US$705 million.

“Our investment activities haven’t slowed down” because of the pandemic, said Matilda Ho, founder and managing director of Bits x Bites, a food tech venture capital firm in Shanghai.

“We believe this recent uncertainty might just be a pivotal moment for the still nascent food-tech sector in China,” Ho said.

Vectr partner Alan Chan (陳耀麟) said his US$1.6 million investment in the San Diego-based start-up was a way to “focus on Asia’s population growth, urban migration and food,” all weighty issues made more urgent by the pandemic.

“There has to be an efficient utilization of things we can grow to feed everyone,” Chan said.

Plantible is part of a new generation of US companies jumping into this space. It began raising funds in December last year to grow lemna, or duckweed — a small, aqueous plant that is almost 45 percent protein and regenerates its biomass every 48 hours. The final product is a flavorless protein that could eventually star in your next burger, as a dairy alternative or egg white substitute.

When scaled, it could enable a continuous production process that makes its supply chain “climate-change proof,” co-founder Tony Martens said.

Chris Kerr of New Crop Capital, a fund that focuses on replacing animals in the food system, has invested in Starfield Food and Science Technology Ltd (星期零食品科技有限), a Chinese developer of plant-based proteins.

He called plant-based foods “a mega-trend that will not go away.”

However, still, he remains cautious about which food tech companies should be funded.

“The biggest risk is funding a bridge to nowhere,” he said.

There are other investors who are holding back.

Leah Volger, principal at early-stage venture capital fund Manta Ray, said she does not “necessarily see a shift in our strategy.”

Nonetheless, Manta Ray has invested in Berkeley, California-based Climax Foods, founded by Oliver Zahn, an astrophysicist who worked for Impossible Foods and Google. Zahn plans to use computer science to comb through the plant kingdom looking for better, cheaper food combinations.

Several other food tech companies have been successful in raising money during the first quarter. They include Seattle-based Rebellyous Foods, which in March raised US$6 million in a funding round led by Fifty Years, a San Francisco-based seed fund.

Rebellyous makes plant-based chicken nuggets as proof-of-concept for what it touts as a cheaper, more efficient manufacturing process.

Live Kindly, a collective of food-based brands, in March closed a venture round for US$200 million. Israel-based InnovoPro, a maker of chickpea protein, raised US$15 million in a recent series B.

In the long run, the pandemic “will cause way more capital to flow into the space, as the world wakes up to the very real threat of zoonotic diseases,” Fifty Years founding partner Seth Bannon said.

Comments will be moderated. Keep comments relevant to the article. Remarks containing abusive and obscene language, personal attacks of any kind or promotion will be removed and the user banned. Final decision will be at the discretion of the Taipei Times.