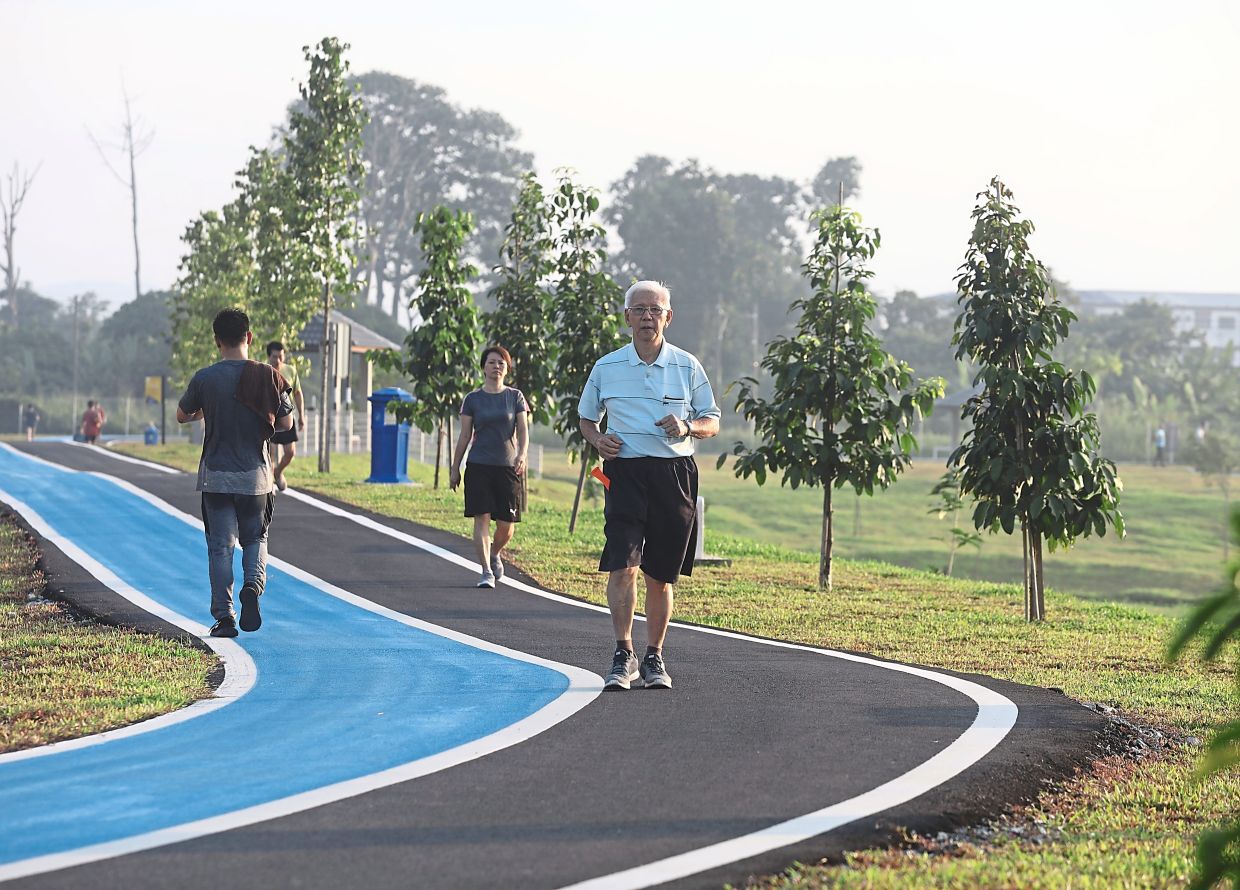 TAMAN Rekreasi Sungai Chua in Kajang has been completed ahead of schedule and is now open to the public.

Construction for the recreational park began last December and the completion date was scheduled for July 31.

The park has jogging and cycling tracks, a playground, open space and sports facilities, including exercise equipment for the disabled.

Wong said the park that was built on an underdeveloped reservoir cost the council RM1.3mil.

“We have tested out the equipment and cleared the pond of duckweed,” she said.

She added that there was a two-year wait for the park and that the project was tendered in 2018.

A second contractor had to take over after the previous one encountered some problems, she said.

Both Wong and Ong said they received reports of people trespassing to picnic and go fishing at the park prior to its opening.

“We also heard about people gathering here to drink at night.

“There were rubbish, beer bottles and cigarette butts strewn around.

“I hope the public can be the eyes and ears of the authorities and report if they see any similar activities,” Ong said.

Wong reminded the public to take good care of the park and its facilities.

Local resident Per Watt Ting, who was seen using the exercise equipment at the park, was pleased with the facilities.

“This is an improvement because previously the park was overgrown with weeds.

“I hope people will do their part in maintaining the cleanliness of this park,” she said.