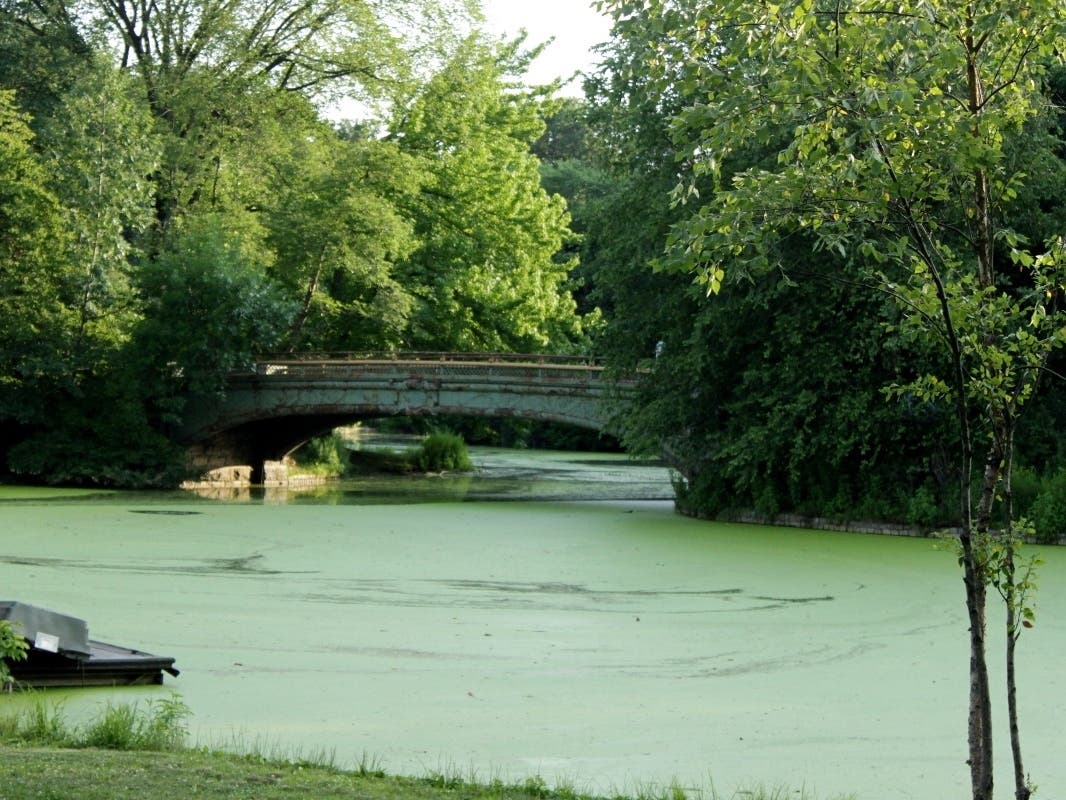 PROSPECT PARK, BROOKLYN — Duckweed and toxic algae on the surface of Prospect Park Lake has gotten so thick that some children are mistaking it for a field of grass and falling into the water, according to a report by THE CITY.

A group of Brooklyn parents are warning others about a dangerously deceptive cover of duckweed and algae on the lake, which at least two parents said led to a scary moments where their young children needed to be rescued from the waters.

The grass-like cover is a mix of duckweed and blue-green algae, a toxic bacteria that has been detected on the lake six summers in a row.

The experiences are a chilling reminder of an earlier tragedy on the lake, parents say, when the vegetation contributed to a toddler’s drowning.

The green cover made it difficult for first responders to find 2-year-old Ruhshona Kurbonova in 2014 after the toddler had wandered off with her 3-year-old cousin during a family gathering.

The parents are hoping the Prospect Park Alliance, the group that oversees the park, will take more precautions about the deceptive weeds, especially given the park’s surging popularity during the coronavirus pandemic.

Park staffers use a weed harvester to help maintain the lake about once a week, the Parks Department told THE CITY. The parks spokesperson noted that swimming in the lake is prohibited.

The Prospect Park Alliance also plans to launch a $390,000 pilot program to create an “ecoWEIR” filtration system to clean the blue-green algae from the waters. The system, delayed by the coronavirus shutdown, will be put in place later this year near the water feeding the Prospect Park Dog Beach and will be expanded if it is deemed a success.

The algae blooms — also known as cyanobacteria — can sicken people or animals who touch or ingest it, and cause vomiting, nausea, diarrhea, skin irritation and more.

Read the full CITY report about the lake here.