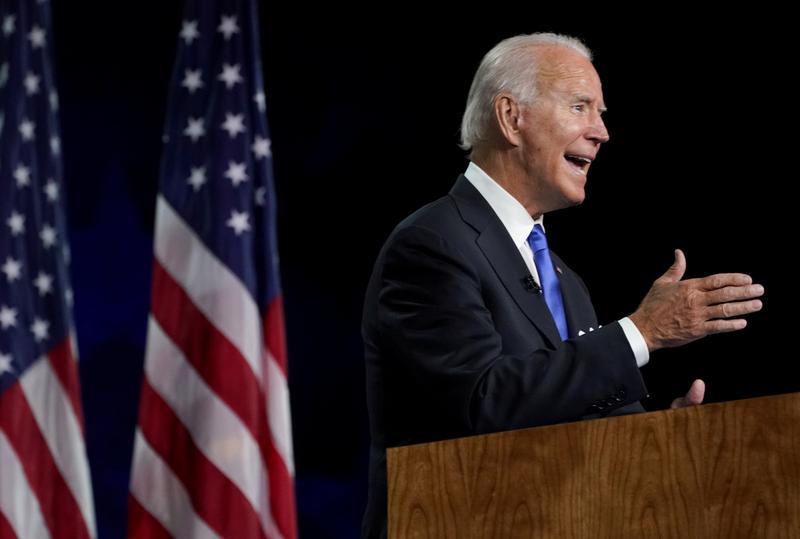 NEW YORK (Reuters) – Democratic presidential nominee Joe Biden on Tuesday threw his support behind U.S. laws that require oil refiners to blend biofuels into the nation’s fuel pool and criticized the Trump administration for its handling of the mandates.

“A Biden-Harris Administration will promote and advance renewable energy, ethanol, and other biofuels to help rural America and our nation’s farmers, and will honor the critical role the renewable fuel industry plays in supporting the rural economy and the leadership role American agriculture will play in our fight against climate change,” Biden said in a statement.

The statement on Tuesday was the strongest commitment the Biden campaign has made to the Renewable Fuel Standard (RFS) yet. The regulation requires refiners to blend billions of gallons of biofuels into their fuel or buy credits from those that do.

Small refiners that prove the rules would financially harm them can apply for exemptions. Those waivers have been a touchstone of controversy the last few years as the Trump administration has more than quadrupled the number of exemptions issued.

Biofuel advocates say the waivers hurt demand for corn-based ethanol, but the oil industry argues against that claim.

The debate gained steam this year after a Denver-based appeals court ruled that waivers granted to small refineries after 2010 had to take the form of an “extension.” Most recipients of waivers in recent years have not continuously received them, casting doubt on the whole program.

The administration has not yet announced how it will handle the decision. In the meantime, refiners are requesting retroactive waivers from the administration in hopes of coming into compliance with the court ruling.

The Trump administration has also not yet announced proposed blending obligations for 2021. Biden on Tuesday criticized that delay.

The Trump campaign did not immediately respond to a request for comment.