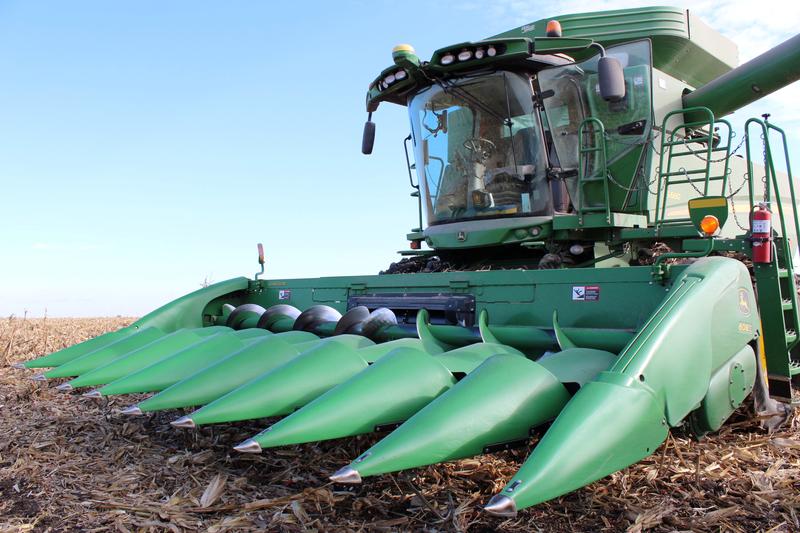 NEW YORK (Reuters) – President Donald Trump’s allies in Iowa launched a pressure campaign seeking his support for the ethanol industry in recent weeks, ultimately leading to his decision this week to gut a program granting waivers to oil refineries from biofuel requirements, according to two sources familiar with the events.

The push, led by Iowa Senator Joni Ernst, came as Trump’s Democratic presidential rival Joe Biden was slamming Trump on the issue under the advice of rural Democrats who wanted the former vice president to capitalize on tightening polls in Iowa.

The pressure that corn backers placed on both campaigns reflects the political importance of ethanol in the U.S. Farm Belt. That constituency helped elect Trump in 2016 but has become frustrated by the administration’s handling of the Renewable Fuel Standard requiring refiners to blend billions of gallons of the corn-based fuel into gasoline.

Trump’s Environmental Protection Agency has quadrupled the number of exemptions handed to refiners, freeing them of this obligation and saving them tens of millions of dollars in the process. It also has refused to announce plans to pare down the waiver program in line with a court ruling from earlier this year.

Sources told Reuters this week that such an announcement was likely to come soon, after Trump ordered his EPA to deny scores of pending waiver requests to assuage Farm Belt voters.

Biofuel and corn industry advocates have argued the waivers hurt demand for their products at a time when Trump’s trade wars have also slammed farm exports. The oil industry disputes that, saying small refineries under financial stress need waivers to cut regulatory costs.

In recent weeks, Ernst had been leading the pressure campaign on Trump to announce a big policy win for biofuels at the expense of refiners, according to the two sources familiar with the matter.

When Trump visited Cedar Rapids, Iowa, on Aug. 18, he promised Ernst during a livestreamed event that he would speak with his EPA about the waiver program. Since that visit, Ernst has spoken by phone with both Trump and Vice President Mike Pence pressing the issue, the sources said.

Ernst, who is seeking reelection in Iowa, has also spoken multiple times with White House Chief of Staff Mark Meadows on the issue, the sources said.

“Meadows is more plugged in on this,” one of the sources said. “That’s not always been the case with previous chiefs.”

The other source told Reuters that Iowa’s former governor Terry Branstad, now U.S. ambassador to China, also recently asked Trump during a visit to the White House to step in on the waiver issue.

Trump’s campaign team in Iowa, meanwhile, had advised senior members of his national campaign team that biofuel waivers were hurting him and other Republican candidates among rural voters they need in November, that source said.

Courtney Parella, spokeswoman for the Trump campaign, did not address the pressure the president faced on the biofuel issue, and criticized Biden as having an “inconsistent” track record on ethanol.

Biden’s campaign was also under pressure from advisers to support the biofuel industry.

In August there was a “hammer session” from Biden allies, including former Iowa Governor Tom Vilsack, Representative Collin Peterson from Minnesota, Senator Dick Durbin of Illinois and Representative Cheri Bustos of Illinois – urging his campaign to take a strong stance in favor of biofuels, according to three sources familiar with the matter.

Their push culminated in Biden releasing a statement on Aug. 25 reiterating his support of ethanol while lambasting Trump’s handling of the RFS.

Advisers told Biden that Hillary Clinton suffered in her 2016 campaign against Trump because she avoided speaking about detailed rural policy issues like the RFS. They noted that Democratic Senate hopeful Theresa Greenfield rose in the polls against incumbent Ernst while criticizing the Trump administration’s ethanol policy.

A representative for Durbin said the senator has shared his perspective with Biden on the importance of rural issues, but did not give details.

A spokesperson for Peterson did not respond to requests for comment.

While Biden’s campaign team said it had noticed the tightening senate race in Iowa, it did not respond to requests for further comment.