With increasing demand for a greater variety of sustainable alternative aviation fuels, the importance of a systematic pathway for the accurate testing, validation and approval of alternative jet fuels has never been more important.

Part of this process is the FAA-sponsored “D4054 Clearinghouse” for the testing and validation of all new aviation fuels. Named after the ASTM International standard for the qualification and approval of alternative jet fuels and additives and supported by the FAA’s Center of Excellence for Alternative Jet Fuels and Environment, a multi-university research program, the Clearinghouse is coordinated by the University of Dayton Research Institute (UDRI).

We work closely with fuel producers through the Clearinghouse to guide them through the approval process. This involves testing and analysis of fuel samples for composition, material properties and performance, as well as for compatibility with engine components. We perform much of the composition, compatibility and property testing in-house at UDRI and subcontract some testing to organizations such as the Southwest Research Institute of San Antonio, Texas.

We also coordinate evaluations such as full-scale engine testing at external facilities. The Clearinghouse also funds work at engine and airframe OEMs such as Boeing, GE Aviation and Honeywell, to evaluate the suitability of the synthetic fuels in their equipment.

A fast track within the Clearinghouse was recently devised by UDRI, ASTM and the FAA to expedite the approval of candidate synthetic fuels that have a composition and properties similar to currently approved fuels.

The first to be approved under the fast track and the most recent alternative jet fuel specification approved by ASTM allows hydrocarbons and oils from a particular algae strain to be blended up to 10% in volume with petroleum jet fuel. The specification approval effort was led by IHI Corp. of Tokyo. IHI’s engineers developed a feedstock blend using a strain of algae that produces a high proportion of hydrocarbons that are upgraded, along with the usual algae fatty acids, to a hydrocarbon jet fuel blend component.

This new annex to ASTM’s D7566 standard for synthetic aviation fuel brings the total of synthetic fuel feedstocks approved for blending with petroleum jet fuel to seven, with six of them from renewable feedstocks such as plant and seed oils. The maximum blend ratio in these seven annexes is currently 50%, but we expect to see that number increase in the future. For now, synthetic fuel producers do not currently produce enough blendstock to risk exceeding the limit.

In addition to providing a guided evaluation path for new alternative fuels, the Clearinghouse also allows us to support the approval of fuel manufacturing methods. Earlier this year ASTM approved a specification that allows the use of any feedstock that can be gasified to syngas (CO and H2) for conversion to liquid hydrocarbons via Fischer-Tropsch (FT) synthesis. The approval effort was led by Fulcrum BioEnergy, which intends to gasify municipal solid waste to produce a synthetic crude that will be co-processed in petroleum refineries.

The new algae-blend and FT co-processing specifications are significant contributions to the advancement of alternative aviation fuels. Both processes yield hydrocarbons that can be blended with conventional fuel and used as drop-in replacements for conventional petroleum fuel, and which meet all required safety and performance specifications.

Cleaner burning and sustainable alternative fuels reduce aircraft engine and greenhouse gas emissions, and the availability of a variety of these fuels increases international energy security. Working in partnership with the aviation industry, academic research organizations, fuel producers and the FAA through the D4054 Clearinghouse, we will continue to contribute to the development of these important new fuels, feedstocks and processes. 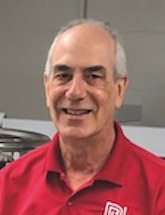 Dr Steve Zabarnick has been involved for over 35 years in research and development issues related to the areas of fuel chemistry, hydrocarbon autoxidation and pyrolysis, chemical kinetics, alternative jet fuels, combustion chemistry, fuel additive development and evaluation, fuel chemical analysis, computational modeling, laser diagnostics, and atmospheric chemistry. He has authored or co-authored over 140 journal articles in these areas. He has been involved in the research and development of numerous jet fuel additives that are in current use, or due to be used in the field, including the advanced high thermal stability fuel/additive, JP-8+100, and a corresponding fuel/additive with improved low temperature flowability, JP-8+100LT. He is the primary developer of an advanced jet fuel thermal stability chemical kinetic model that allows, for the first time, the prediction of fuel deposit production and allows improved design of fuel system components. Most recently, he has played a key role in research related to alternative fuels.