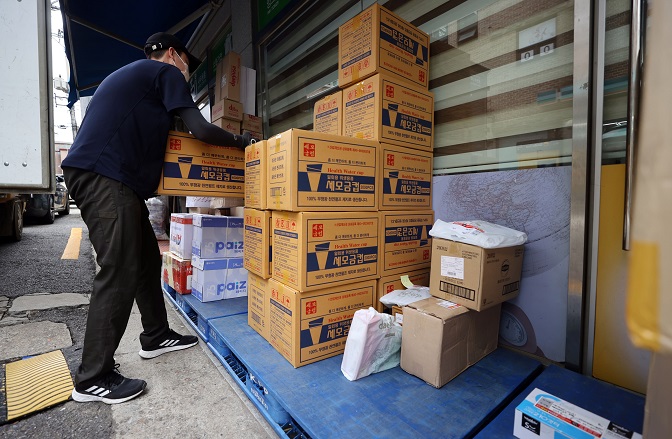 Researchers from the Korea Institute of Science and Technology (KIST) announced Tuesday that they had developed a microorganism that can produce base materials for biodiesel from lignocellulosic biomass including paper, wood, agricultural byproducts, and delivery boxes.

Biodiesel is looked upon as an eco-friendly alternative toe diesel, a major source of greenhouse gases and ultrafine dust.

Base materials to create biodiesel themselves are difficult to acquire, prompting researchers to develop new technologies that can turn lignocellulosic biomass, many of which are byproducts of logging or farming, into biofuel.

The research team from KIST developed a new microorganism that feeds on glucose and xylose contained in the biomass to efficiently produce base materials for biodiesel.

The team used gene scissors to redesign metabolic pathways of the microorganism, and selected those with outstanding capabilities to produce biodiesel to cultivate them.

The results confirmed that these microorganisms are capable of using sugar substances in the biomass to produce biodiesel.

They are capable of producing more than twice the amount of biodiesel than previous microorganisms, the team explained.