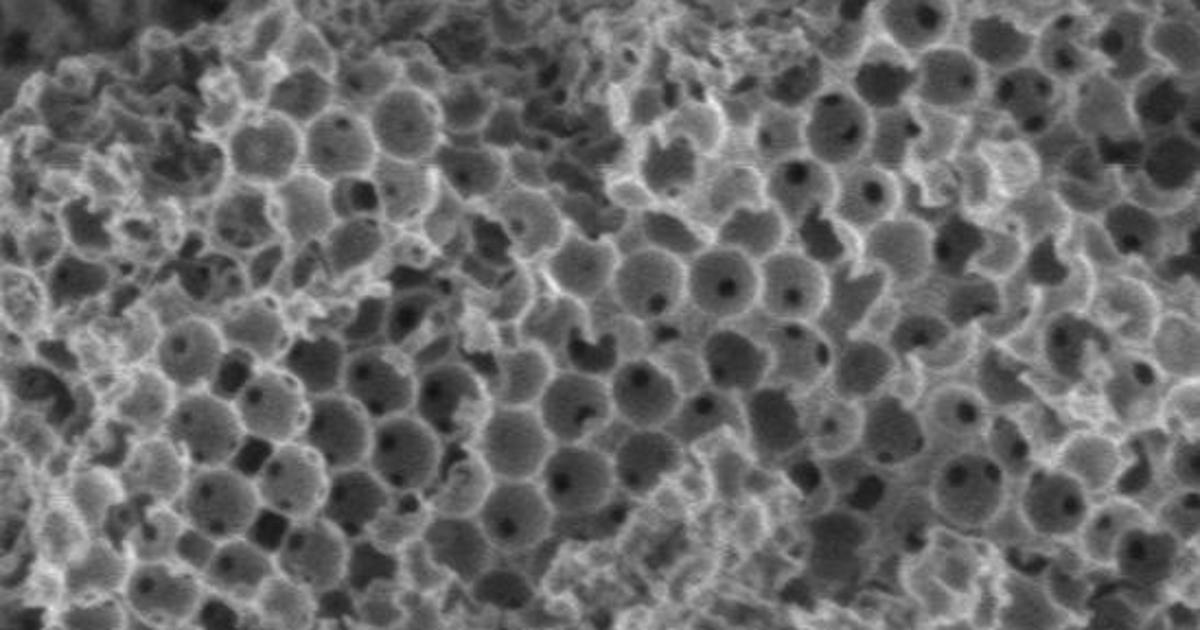 Scientists at Australia’s RMIT have developed a tiny sponge with big potential, and say the micron-sized material can be used to convert discarded cooking oil into biodiesel in a very cost-effective manner. And the catalyst is no one-trick pony, with the ability to also turn other waste products into valuable building blocks for a range of materials.

The sponge-like material is a new type of ultra-efficient catalyst for turning complex molecules into raw materials. The RMIT team behind it actually describes it as the first of its kind, in that the ability to carry out a series of different chemical reactions within the one material while offering a high degree of control over the output is unprecedented.

“Catalysts have previously been developed that can perform multiple simultaneous reactions, but these approaches offer little control over the chemistry and tend to be inefficient and unpredictable,” says co-lead investigator Professor Karen Wilson. “Our bio-inspired approach looks to nature’s catalysts – enzymes – to develop a powerful and precise way of performing multiple reactions in a set sequence. It’s like having a nanoscale production line for chemical reactions – all housed in one, tiny and super-efficient catalyst particle.”

The sponge-like catalyst is micron sized and highly porous. When molecules are fed into the sponge, they undergo a chemical reaction in the large pores and then make their way into the smaller pores, where a second chemical reaction takes place. The process is not only cheap, but can make use of low-grade ingredients that would otherwise be destined for the scrapheap.

The researchers ay that in its current form, the catalyst can turn these types of low-grade feedstocks into low-carbon biodiesel using basically just a large container, along with some gentle heating and stirring. With further work, the technology could be adapted to produce jet fuel from agricultural waste, rubber tires or algae.

Additionally, the efficiency of the technology could double the productivity of processes currently used to produce chemical precursors for a wide variety of products, such as medicines and packaging, from food waste, tires and microplastics.

From here, the researchers are working to scale up the process for larger output, with an eye on commercialization.

“Our new catalysts can help us get the full value of resources that would ordinarily go to waste – from rancid used cooking oil to rice husks and vegetable peelings – to advance the circular economy,” says co-lead investigator Professor Adam Lee. “And by radically boosting efficiency, they could help us significantly reduce environmental pollution from chemical manufacturing and bring us closer to the green chemistry revolution.”

The research was published in the journal Nature Catalysis.