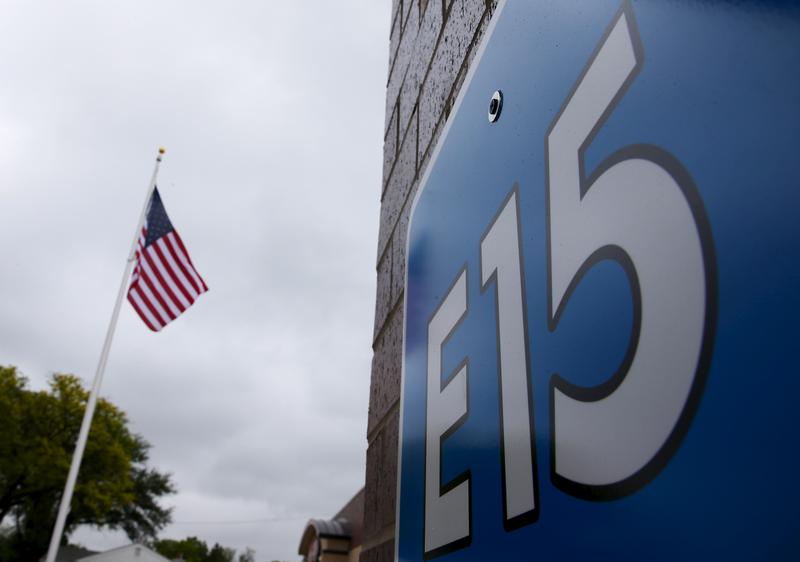 NEW YORK (Reuters) – The U.S. Environmental Protection Agency is considering changes to labels for gasoline containing higher blends of ethanol, or E15, in an effort to appease the biofuel industry’s concerns that current labels discourage use of the fuel, according to four sources familiar with the matter.

Expanding the market for E15 has long been a policy goal for farmers and producers of ethanol, a corn-based product, but concerns that some older vehicles don’t run well on the product have been a headwind. Current federal E15 labels warn of possible engine damage.

The Trump administration, meanwhile, has been trying to shore up support in the Farm Belt ahead of the election through favorable announcements for biofuel advocates.

EPA and the White House did not immediately comment.

President Donald Trump in mid-September said in a tweet he would allow states to permit fuel retailers to use their current pumps to sell E15.

Under U.S. law, refiners must blend billions of gallons of biofuels into their fuel pool, or buy credits from those that do. Refiners that prove the requirements harm them financially can get waivers from the obligations.

So-called small refinery exemptions, or SREs, have been a lightning rod of controversy between the Corn and Oil lobbies. Biofuel advocates say the exemptions hurt demand for their product, while the oil industry refutes that and says the waivers helps small refiners stay afloat.

The Trump administration in September sided with farmers in the ongoing debate when it rejected scores of requests from refiners for waivers that would have retroactively spared them from their obligation.