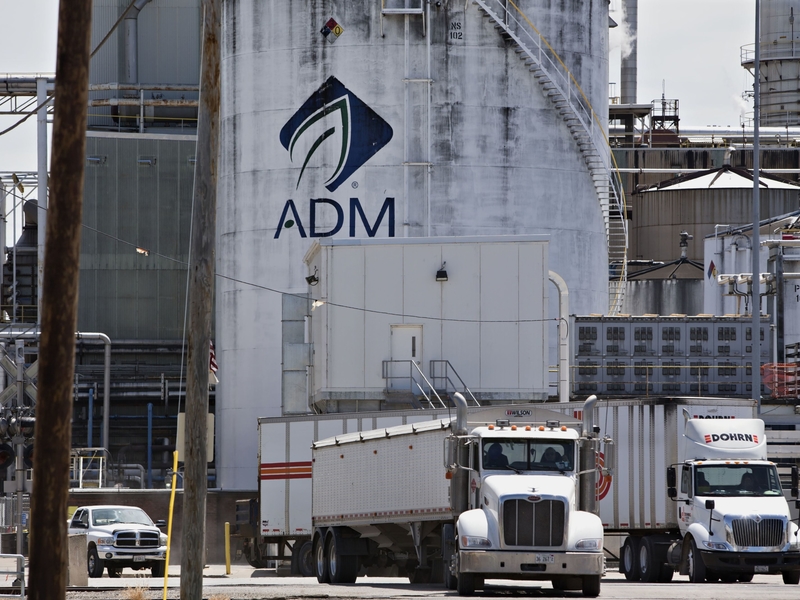 The industry has reasons to be wary of both presidential candidates.

The winner will oversee a “reset” of the congressional mandate to blend biofuels with gasoline. This new phase of the Renewable Fuel Standard, created in 2005 to curb oil consumption and greenhouse gases, could determine ethanol’s role alongside oil in a low-carbon energy economy.

“The RFS is at a critical point,” said Neelesh Nerurkar, a ClearView Energy Partners analyst and former energy adviser to the Obama administration. “Whoever is in power and making the rules two years from now matters a lot.”

Unless lawmakers come up with new policy, the Environmental Protection Agency will begin calling the shots on yearly biofuel-gasoline blend quotas in 2023. The law outlines annual targets only through 2022.

The RFS, which will fall far short of its original goal of requiring 36 billion gallons of biofuels blended with gasoline in 2022, has taken on an almost mythic quality as an economic engine for Iowa and other Midwest states that produce corn, soybeans and the renewable fuels made from them.

Yet the law’s benefits increasingly flow away from the Heartland, as refineries nationwide are converted to renewable diesel plants and some oil companies get in the business of selling biogas harvested at landfills and wastewater-treatment facilities. And even as they battle Big Oil for share of a shrinking gasoline market, biofuels producers also face the threat of electric vehicles eating into fuel demand.

“The U.S. has basically reached peak ethanol demand,” Iowa State University rural economist David Swenson said. “We are driving more energy-efficient automobiles, we are using electric vehicles and some of our younger generation doesn’t bother to drive at all.”

Biden has promised to accelerate that trend and put more electric cars on the road — a vow that spooks some farmers and ethanol makers. Biden leads Trump by 1.2 points on average in Iowa polls, according to RealClearPolitics.

“We’re talking about generations that will pass before we have a vehicle fleet that is even remotely close to being all electric,” Vilsack said in an interview, adding that he sees opportunity to expand ethanol to ships and planes.

On Friday, Biden sought to puncture Trump’s claim of being good for farmers and biofuel producers.

”On his watch, ethanol margins have tanked and Iowa’s manufacturing facilities are idle and even closing,” Biden, during his first in-person trip to Iowa since becoming the Democratic presidential nominee, told a rally in Des Moines.

Biden has touted “advanced” biofuels on the campaign trail, a phrasing that feeds fears his focus is on next-generation alternatives that are still being developed, rather than traditional corn starch-based ethanol.

How aggressively Biden might get behind a call for a national low-carbon fuel standard is also a question.

A push in Congress for a low-carbon fuel policy is likely if Democrats win back control of the U.S. Senate. Some Democrats want to use the RFS reset as a chance to replace explicit biofuel-usage targets with a broader low-carbon fuel standard, using California as a guide. The state’s program brings together renewable fuel and electricity stakeholders in its goal to reduce vehicle emissions 20% by 2030.

The policy has gained acceptance among ethanol producers in recent years.

“If one is truly technology- and feedstock-neutral and doesn’t favor one technology or vehicle system over another, we feel very good about ethanol’s ability to compete in that sort of policy framework,” Renewable Fuels Association President Geoff Cooper said in an interview.

Trump earns points in the Corn Belt for pro-biofuel rhetoric and fulfilling some key promises, such as allowing year-round sales of 15% ethanol fuel blends, or E15. But even the president’s fans are critical of EPA over its handling of waivers that would exempt some oil refineries from biofuel quotas.

“The president delivers on his promise and his EPA undermines him at every turn,” Green Plains CEO Becker said, adding that “there has not been a president in modern times with more love for the U.S. farmer.” Becker said he’s hopeful Trump would be “more forceful with the EPA” if re-elected.

The EPA recently rejected many refinery petitions after months of outcry from the industry and a push by Iowa Republican Senator Joni Ernst. The agency still hasn’t ruled on all waiver requests, nor has it followed through on some ethanol policy goals. Ernst has used her tough re-election contest to extract pro-ethanol commitments from Trump.

“So many ethanol promises — promises to do right by this industry — have collected dust,” Brian Jennings, chief executive of the American Coalition for Ethanol, said on a call with reporters last month.

Ethanol prices, which plunged earlier this year as pandemic lockdowns across the U.S. kept cars off the road, slipped 2.2% in Chicago this week, according to data compiled by Bloomberg.

Meanwhile, corn futures for December delivery closed unchanged at $3.985 a bushel on the Chicago Board of Trade. This week, the price fell 4.9%, the biggest drop for a most-active contract since June 26. More than a third of U.S. corn goes into making ethanol fuel.

Trump in Des Moines, Iowa, earlier this month ribbed the crowd about never returning to Iowa if he doesn’t win its six electoral votes November 3.

While he appeared to be joking, Trump said out loud what some have been silently wondering.

“There are a lot of people in our industry that are concerned about what would happen after the election if Trump is re-elected and he doesn’t have to campaign in Iowa again,” Iowa Renewable Fuels Association Executive Director Monte Shaw said.

Regardless of who wins next week, the industry will continue to have “bipartisan champions” as well as “detractors from the far fringes of both parties,” Shaw said.

“No matter which party is in charge of the House, Senate, or White House, we have our work cut out for us.”