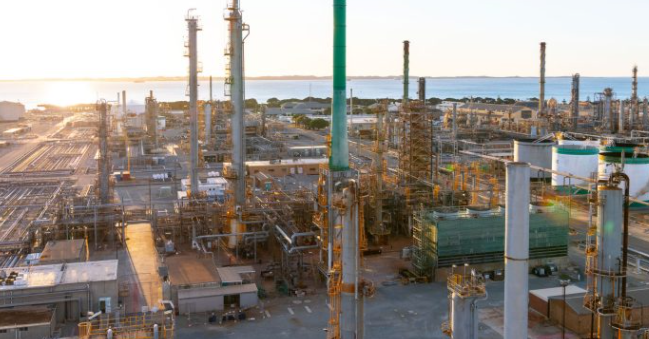 bp will stop fuel production at its Kwinana Refinery and is exploring options including turning it into a clean energy hub that could produce and store low carbon fuels.
The site in Western Australia could be used to store sustainable aviation fuel and renewable diesel.
bp said that regional oversupply, along with sustained low refining margins, have resulted in the refinery no longer being economically viable.
Kwinana is the largest oil refinery in Australia, with a capacity of 146,000 bbl/d, and the only refinery in Western Australia.
The refinery currently employs around 650 people and once it is converted to an import terminal it is expected to employ around 60 people.
Refining will be wound down in the next six months and the conversion is expected to be completed in 2022.
bp Australia head of country Frédéric Baudry said: “This decision to cease refining is a difficult one and not in any way a result of local policy settings. It comes in response to the long-term structural changes to the regional fuels market. Converting to an import terminal will not impact the safe and reliable supply of quality fuel products to Western Australia. However, it will require fewer people to run.”