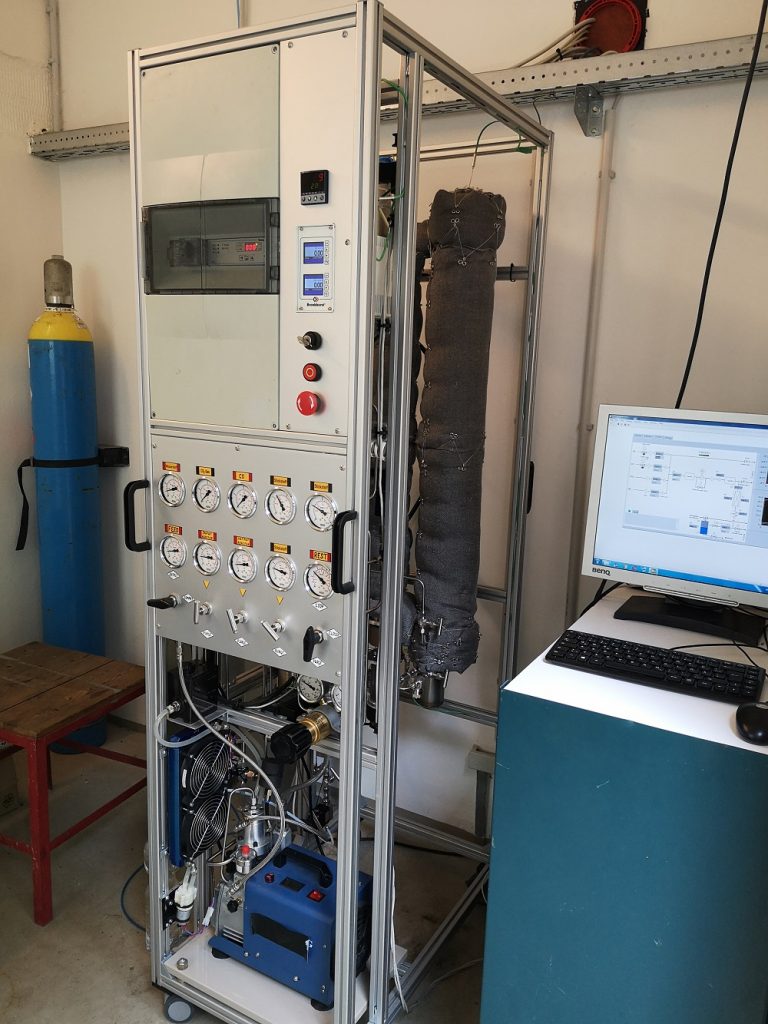 The reduction of greenhouse gas (GHG) emissions as well as the efficient utilisation of carbon dioxide (CO2) represents one of the major global challenges today.
This is especially relevant for the combustion of fossil fuels. However, in the field of biogenic resources such as starch for ethanol production or biogas used for biomethane or synthetic natural gas (SNG), carbon efficiency plays a crucial role.
For the two stated applications, only about 50% of carbon is present in the production of ethanol or biomethane as compared to the feedstock carbon amount.
The remaining part is mainly emitted unused into the atmosphere in the form of CO2. In this context, BSE Engineering Leipzig successfully started the operation of a demonstrator plant at the Institute of Renewable Energy Systems (IRES), University of Applied Sciences Stralsund, which converts CO2 to renewable methanol.
Electric energy from a wind power plant is used in an electrolysis step to split water into hydrogen and oxygen.
The hydrogen is then further converted into methanol using a suitable CO2 source.
Figure 1 shows the block flow diagram (BFD) of the power-to-methanol…