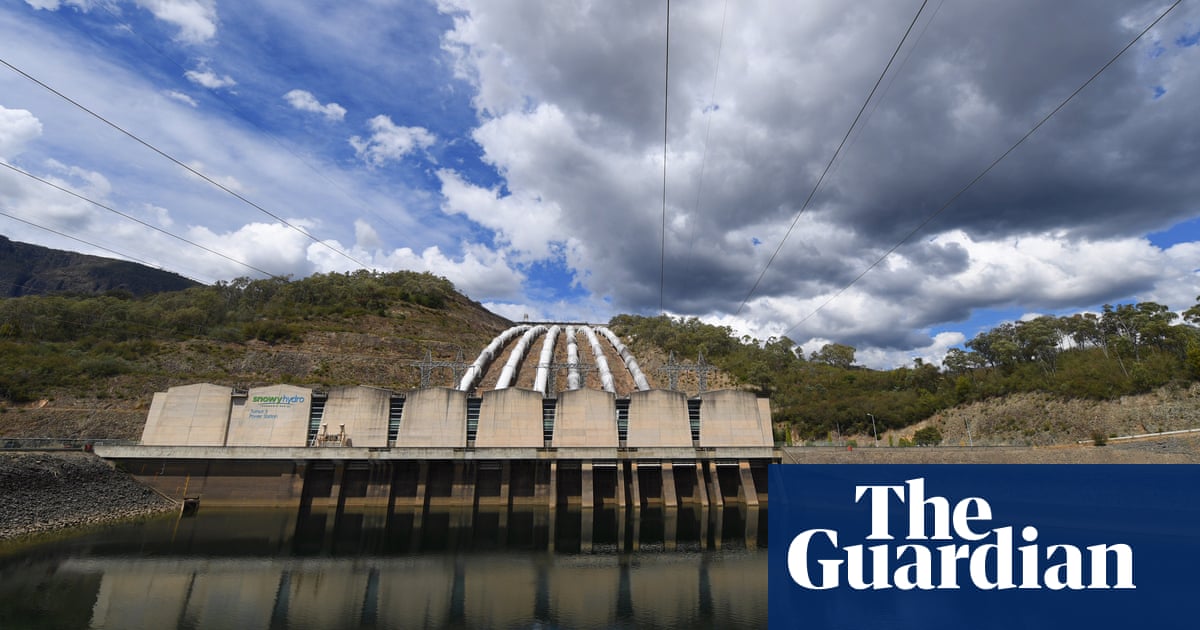 The New South Wales government is promising a $32bn private investment boom in renewable energy in regional areas under a plan to transform the state’s electricity infrastructure.

The state Coalition says an electricity infrastructure roadmap would support 12 gigawatts of renewable energy and 2 gigawatts of energy storage, with a focus on pumped hydro, over the next decade.

Initial analysis of the plan, which is backed by the Labor party, suggests it could increase the share of renewable energy in the state from about 16% today to more than 60% by 2030.

The environment and energy minister, Matt Kean, described the renewable energy zones as being the modern equivalent of the ageing coal-power power stations that they will replace. At least four of the state’s five coal plants are expected to shut over the next 15 years, starting with the Liddell generator in early 2023.

The government plans to attract investment in the zones by holding reverse auctions to award 20-year contracts that will give energy companies a guaranteed minimum floor price for the electricity they generate. The auctions will be run by a new office known as the consumer trustee.

Kean said the roadmap would position NSW as an energy superpower. “Our priority is to keep the lights on and get power prices down, with the roadmap forecast to save NSW households an average of $130 and small businesses an average of $430 on their electricity bills each year,” he said.

The deputy premier and Nationals leader, John Barilaro, said the plan would make sure renewable projects were built “where local communities want them” in ways that are compatible with farming. He suggested landowners could earn $1.5bn in lease payments by 2042. The commitment also includes $50m in grants for pumped hydro projects.

The state push contrasts with the Morrison government’s emphasis on a gas-led recovery from the Covid-19 crisis and refusal to introduce an overarching policy to encourage private investment in renewable energy after the national renewable energy target was filled last year.

The federal Coalition is instead promising to underwrite new investments in pumped hydro, gas and, in one case, coal to provide the “firm” generation needed to support the rapid increase in variable wind and solar power. It has also set “stretch goals” to lower the cost of some “clean” technologies as part of its technology investment roadmap. These goals are not tied to a timeframe or emissions reduction trajectory.

Charlie Prell, a sheep farmer and the chair of Farmers for Climate Action, said it would create a more resilient and prosperous agriculture sector. He said large-scale renewables could help drought-proof farmers “by providing a reliable, off-farm income stream, while also reducing emissions”.

“Hosting wind turbines on my own farm has given me and my family a lifeline as we battle the droughts and floods that are being exacerbated by climate change,” he said.

The Australian Conservation Foundation said it was great to see bipartisan support for an energy transition plan. “The federal government could learn from this roadmap – the future is in clean energy, not dirty, polluting fuels like gas,” Gavan McFadzean, the foundation’s climate change program manager, said.

The Morrison government has resisted the global push to cut emissions to net zero by 2050, which has gained pace with the election of US president-elect Joe Biden.

It has a 2030 emissions target of a 26%-28% cut below 2005 levels, having rejected a science-based recommendation by the Climate Change Authority of a reduction of between 45% and 60% over that timeframe.

Prior to Covid-19, national emissions had reduced just 2.2% since the Coalition was elected in 2013 and official data released last December suggested Australia would miss its 2030 target unless it used a contentious carbon accounting measure rejected by other countries.