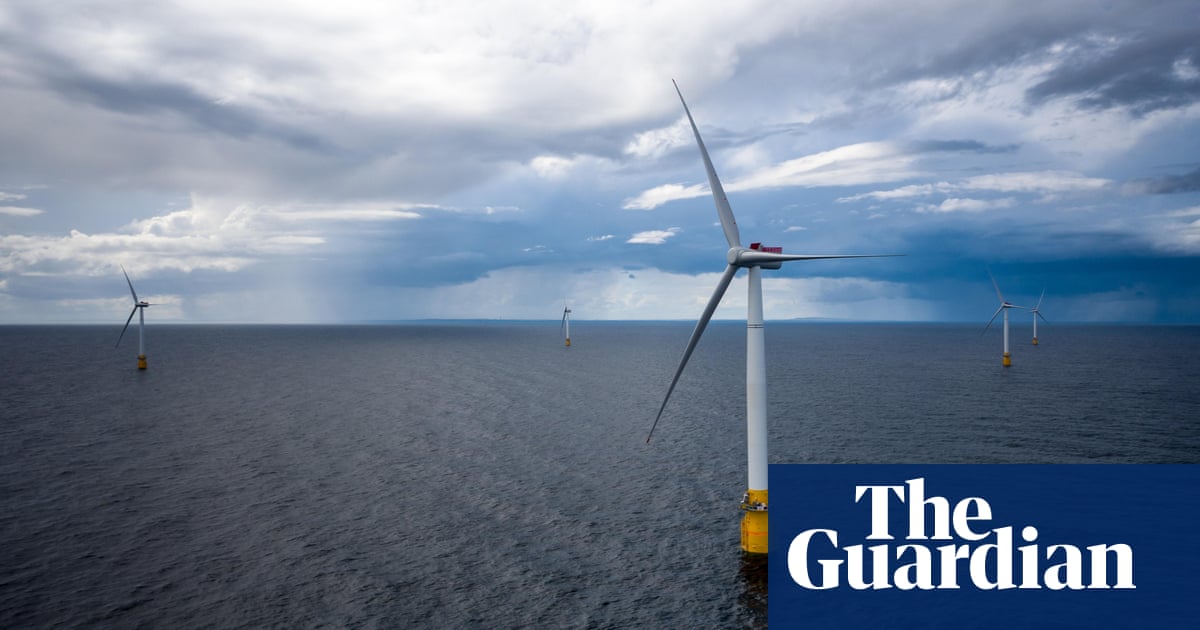 The multibillion-pound energy “superhighway”, to be built by Scottish Power, National Grid and SSE, could help to unlock the potential of the prime minister’s plan to build enough offshore wind farms to power every home in the country by 2030.

The so-called Eastern Link will run from two separate points in Scotland – Peterhead and Torness – for more than 270 miles along the east coast of Scotland to Selby and Hawthorn Point in the north of England.

The companies set out their plan to move ahead with the “interconnector” project on the same day that the government announced they will co-sponsor the UN’s Cop26 climate talks in Glasgow next year alongside NatWest. The companies said the project will support “hundreds of green jobs” during its operation and construction, which is due to begin in 2024.

The 2GW power project will use some of the longest subsea high-voltage power cables in the world to transmit enough clean electricity from Scotland’s wind farms to keep the lights on in around 4.5m homes in England.

It will also have the potential to double in size to 4GW as Britain’s North Sea energy boom gains pace in the years ahead. The east coast of Scotland is already home to almost 1GW of offshore wind farms and hosts a pipeline of projects totalling 4.4GW. After the next leasing round for offshore wind licence areas there could be up to 10GW in Scottish waters in the coming years.

In total the government hopes to build 40GW of offshore wind power capacity in UK waters within the next decade, as part of plans to meet the UK’s legally-binding 2050 target to build a carbon neutral economy.

The new power cable project for the eastern coast of the country, follows the troubled £1.3bn Western Link project – developed by Scottish Power and National Grid – which is under investigation by the industry regulator for failing to start up on time, and continuing to experience problems.

“It’s a great example of companies working together on impressive engineering feats that will help the country hit its net zero carbon target by 2050,” she said.

Keith Anderson, Scottish Power’s chief executive, added that the companies “firmly believe” the UK can achieve the net zero target, “but it must be done through investment and innovation in essential projects like the Eastern Link, providing benefits for customers and society in the long term”.

Alistair Phillips-Davies, the chief executive of SSE, described the project as “one of the most exciting energy developments over recent decades”, and said it was “essential to delivering the UK’s 40GW offshore wind target by 2030”.

“With the eyes on the UK ahead of Cop26 next year, this project clearly demonstrates how the UK is leading the world in tackling the climate emergency and supporting thousands of jobs and supply chain opportunities,” he said.