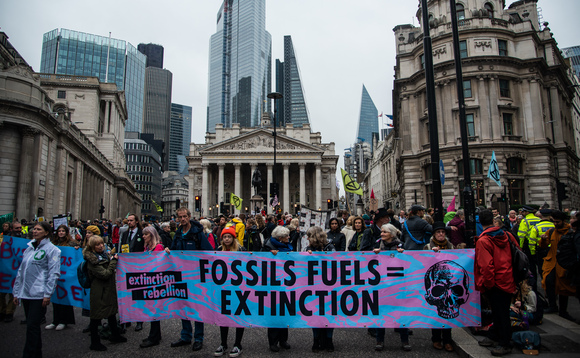 The PR, advertising, and lobbying sectors are the latest industry to face increasing scrutiny over their ties to fossil fuel infrastructure, following the launch late last week of a major new campaign designed to pressure agencies to cease “greenwashing and misinformation campaigns that help delay climate action”.

Dubbed Clean Creatives, the campaign is set to target PR and advertising agencies that deliver major campaigns on behalf of fossil fuel clients, with a plan to reveal the depth and scale of “internationally concealed” relationships between agencies and their fossil fuel clients.

The campaign also plans to reach out to staff at major PR firms, as well as high profile directors and artists, via adverts and social media in order to drive up signatures to a new pledge committing firms to cease working with fossil fuel companies.

And, in the coming days, a letter will be circulated among corporate networks and trade associations – such as the American Sustainable Business Council and the Ceres Business for Innovative Climate and Energy Policy – seeking support for the campaign, according to the Clean Creatives group.

“PR and Ad agencies pollute the airwaves so that fossil fuel companies can pollute the atmosphere,” said Duncan Meisel, campaign manager at Clean Creatives, who said the spread of climate misinformation could be directly traced back to a number of high profile PR agencies. “As long as they continue to engage in polluter relations, these firms will be one of our greatest barriers to climate progress. It’s time for PR and ad agencies to come clean.”

The initiative has won the backing of journalist and climate campaigner Bill McKibben, who in an article for the New Yorker over the weekend, argued that while fossil fuel firms bore the highest responsibility for deepening the climate crisis, they were being assisted by PR and advertising agencies.

“They are less significant monetarily than the banks, but more so intellectually; if money is the oxygen on which the fires of global warming burn, then PR campaigns and snappy catchphrases are kindling for the fire that is roasting us all,” he wrote. “And there’s a degree of intellectual complicity– of intellectual intimacy – that makes even the cash that comes from banks seem distant and abstract.”

McKibben cited the recent example of ExxonMobil promoting its development of algae as a green fuel for ships, trucks, and planes in its advertising campaigns to demonstrate its efforts to tackle global warming. However, he argued the technology was far from becoming a viable alternative for petroleum, and that the amount of money spent by the oil giant on algae fuel development was minimal compared to that spent on oil and gas development.

The campaign has already secured its first victory. In response to inquiries from McKibben over its work, communications consultancy Porter Novelli announced it would end its working relationship with the American Public Gas Association from 2021.

The PR and advertising industry has already started to take some steps to decarbonise its operations and help shift businesses away from high carbon activities. Last year 20 advertising agencies including Greenhouse PR, Barley Communications, and Borra Co signed a pledge launched by sustainability consultancy Futerra to avoid working on fossil fuel briefs, promising to “use their power for good”.

And last week the Ad Net Zero initiative launched in the UK with a five-point action plan for the advertising sector to deliver net zero emissions across development, production and media placement of advertising over the next decade. Led by the Advertising Association, the campaign also aims to work with production agencies, clients, and event organisers to decarbonise the wide value chain, in addition to harnessing the power of their work to influence and promote more sustainable choices.

However, campaigners maintain that the wider advertising, PR, and public affairs sector continues to play a key role in providing polluting industries with a ‘license to operate’.

Meanwhile, the long-running debate over the role of trade bodies in diluting ambitious climate policies was again thrown into the spotlight today with reports BusinessEurope has prepared a paper that questions “the value and credibility” of the economic analysis underpinning the EU’s proposed climate target plan for 2030.

BusinessEurope represents corporate groups from right across Europe, including hundreds of businesses that have called on the EU and member states to deliver more ambitious climate policies. As such, it has faced criticism in the past for lobbying against bolder emissions goals for the bloc.