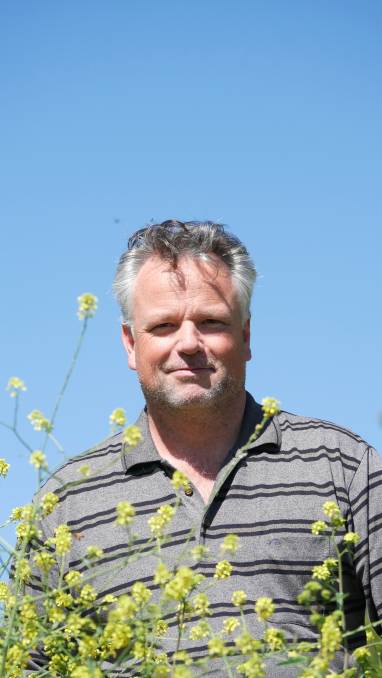 A Toowoomba engineer aims to have all Australia farmers switched to biodiesel within 10 years.

Johnny Wapstra has founded a start-up, Seed 2 Diesel, and hopes to have a state-of-the-art biodiesel plant somewhere between Toowoomba and Warwick ready for scaling and replication across Australia in two years.

While admitting that securing the funding to build the demonstration plant is a major challenge Mr Wapstra is planning to soon launch an equity crowd funding exercise.

He believes large-scale biodiesel production can be achieved by setting up co-operatives in oilseed growing areas across the country.

Mr Wapstra said up until now biodiesel production had largely been a “backyard” operation.

Grower members would retain ownership of oilseed delivered to the plants and would pay a forecast 70 cents a litre processing fee for high-quality biodiesel and receive around $1.20 to $1.40 a kg for the oilseed meal produced after the extraction of the oil.

The aim was to eventually lower the price to 50c a litre.

Mr Wapstra outlined his ambitious plan during a presentation to the third in a series of Exploring Beyond Diesel online forums which are being hosted by the NSW Department Primary Industries.

Air Vice Marshal (retired) John Blackburn had recently warned Australia would be totally dependent on imported fuel by 2030, he said. This would add upward pressure on petro-fuel prices.

His “beachhead” target market is in the eastern Darling Downs where he has been seeking support from local graingrowers. He said 13 growers had signed letters of interest.

Biodiesel is produced by extracting vegetable oil (canoa is ideal) and then adding alcohol (usually methanol or ethanol) and enzymes.

Mr Wapstra said he had a source of ethanol close at hand from a bio-refinery at Dalby which uses sorghum as a feedstock.

Glycerine, a by-product of biodiesel production, could be used for heating and power generation, he said.

Mr Wapstra said at present the animal feed industry was setting the floor price for oilseeds and it was only paying for the protein content.

The creation of large-scale biodiesel production would offer the potential to raise oilseed prices by forcing buyers to put a value on the oil, he said.

The story Bold plan to power agriculture with biodiesel within 10 years first appeared on Farm Online.