With help from Anthony Adragna

Editor’s Note: Morning Energy is a free version of POLITICO Pro Energy’s morning newsletter, which is delivered to our subscribers each morning at 6 a.m. The POLITICO Pro platform combines the news you need with tools you can use to take action on the day’s biggest stories. Act on the news with POLITICO Pro.

— Taxpayers are backing more than a trillion dollars in home mortgages, but the agencies buying them are neglecting to consider climate risks.

— The Trump administration is moving ahead with proposed changes to the Migratory Bird Treaty Act that would see companies no longer held accountable for incidental deaths to migratory birds caused by their operations.

WELCOME TO MONDAY! I’m your host, Kelsey Tamborrino. Dana Wood of Kelley Drye and Warren gets the trivia win for correctly naming President Franklin D. Roosevelt — the former president who tried to move the Thanksgiving holiday in the hopes of boosting retail sales. For today: Which president started the National Christmas Tree lighting ceremony tradition on the White House lawn? Send your tips and trivia answers to [email protected].

Check out the POLITICO Energy podcast — all the energy and environmental politics and policy news you need to start your day, in just five minutes. Listen and subscribe for free at politico.com/energy-podcast.

A message from Chevron:

It’s only human to want to build a better future for all. Chevron is working together with women and minority owned businesses, spending $4 billion since 2014. Because valuable ideas only come when you value everyone. Learn more.

That could create a mess for President-elect Joe Biden’s EPA team, which will have to make quick decisions on blending requirements for a compliance year already in progress, as well as how to deal with the 41 requests for exemptions from small refiners that have been struggling with fuel demand because of the pandemic.

With time growing short for the Trump administration, EPA may be more focused on finalizing other rules than restarting a fight over ethanol. While the agency did send a proposed blending rule rule to the White House for review in May, it was developed in a pre-COVID world and requires substantial revision, industry sources said.

“One thing that’s clear: With all the other stuff that’s going on, the RFS does not seem to be a priority,” said one refining industry executive. “There’s a chance this administration does nothing else on this program.”

Next year would not be the first time ethanol suppliers and gasoline refiners have had to take their best guess on blending requirements. The Obama administration issued its final rule for 2014 through 2016 only in late 2015. But refiners say the stakes for 2021 are higher, since many of the industry’s plants are teetering. Six refineries have closed permanently, and others have been at least temporarily shuttered.

HOW CLIMATE CHANGE COULD SPARK A HOME MORTGAGE DISASTER: The federal government keeps pumping mortgage money into hundreds of communities across the U.S. that are facing grave dangers from climate change, Pro’s Zack Colman reports. In fact, federal taxpayers hold greater than 60 percent of mortgages on homes in some areas outside the specially designated federal floodplain, according to an analysis of federal data by Amine Ouazad, an associate economics professor at Canadian business school HEC Montréal.

That’s important because being outside the so-called 100-year floodplain means homes aren’t required to carry flood insurance. Thus, if the homes are damaged sufficiently that their owners can’t afford to fix them, and must abandon the property, the federal government gets stuck with the house.

Buyers and lenders are now able to assess the risks of climate change damage by using simple apps — a technological revolution that is placing a warning label on millions of properties. Once buyers start refusing to pay top dollar for such homes — and insurers stop underwriting policies on them — the more than trillion-dollar Fannie-Freddie portfolio could take an enormous hit, big enough to knock the economy into recession or worse.

Pricing climate change into mortgage terms would wreak havoc in the real estate market — a hit that, while protective of taxpayers in the long run, runs counter to the missions of the relevant agencies, Zack reports. Turning off the mortgage spigot in communities affected by climate change would disproportionately affect people of color, whose neighborhoods are more likely to be plagued by violent weather. The result, many current and former federal housing officials acknowledge, is a peculiar kind of stasis — a crisis that everyone sees coming but no one feels empowered to prevent, even as banks and investors grow far savvier about assessing climate risk.

“At some point, it’s going to crystallize and everyone’s going to pull out” of homes facing climate risks, said Ed Golding, a former Freddie Mac executive who ran the Federal Housing Administration during the Obama administration. “It will be a crisis that will have to get everybody to react.” Read the full story. 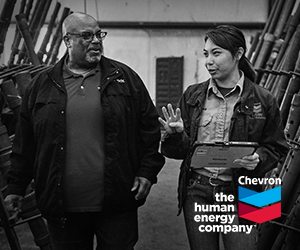 AFTER ALL DEESE YEARS: Biden has settled on investment executive Brian Deese as his top economic adviser in the White House, POLITICO’s Ben White reports, though the announcement may not come until later this week. People close to Biden’s transition confirmed that Deese, an executive at investment giant BlackRock and former deputy director of the National Economic Council under Obama, is Biden’s pick for director of the National Economic Council in the White House.

Pushback from the progressive wing of the Democratic Party has already begun. “Brian Deese’s [relationship] to BlackRock makes it less likely that the federal government will rein in BlackRock as it should be,” Jeff Hauser, who founded the Revolving Door Project, told Ben. The Sunrise Movement’s New York City hub also launched its own protest of the potential Deese pick.

People close to the transition argued that much of the criticism from the left on Deese is unfair. They told Ben he has long supported progressive economic policies and played a critical role in helping the U.S. economy recover from the financial crisis and Great Recession. They also noted that his role at BlackRock is to drive investments into sustainable areas of the economy like clean energy.

“He has just proven himself to be an effective champion for transitioning the economy to be a cleaner economy,” said John Podesta, a former chief of staff to President Bill Clinton and counselor to Obama before founding the Center for American Progress. “There is no question in my mind that he will campaign aggressively on behalf of the environment.” 350.org Founder Bill McKibben also took to Twitter to defend Deese: “I know Brian to be both able and decent, and because I know he in fact does care about climate, it felt like I had to say something,” he said.

ELSEWHERE IN THE BIDEN ADMINISTRATION: Mary Nichols, the chair of the California Air Resources Board who is among the names being floated for Biden’s EPA administrator, would take the job if offered. “Not everybody has actually run a climate action program, or an air program for that matter. And I like working with large bureaucracies,” Nichols told The Associated Press. “If they offered it, I would take it.”

— Bloomberg reports the Biden team is considering Mustafa Santiago Ali for head of the White House Council on Environmental Quality.

PEBBLE SKIPPED: The Trump administration officially denied a permit for the Pebble Mine in Alaska last week, effectively killing plans to build the copper and gold project that opponents warned could wipe out the world’s largest sockeye salmon fishery, POLITICO’s Anthony Adragna and Annie Snider report. The Trump administration — which had reversed course several times on the issue — issued a 29-page formal record of decision last week. The company seeking the permit recently filed a plan to mitigate the ecological damage from the Bristol Bay project, which POLITICO reported in late August was not expected to satisfy the Army Corps of Engineers.

In a statement, the Army Corps said last week it determined the mining company’s plan to deal with the huge amounts of rock and other fill material that would be displaced by the mine “does not comply with Clean Water Act guidelines and [ACE] concluded that the proposed project is contrary to the public interest.” In a statement, John Shively, CEO of Pebble Limited Partnership, the U.S. subsidiary of Canadian mining company Northern Dynasty Minerals, said it was “dismayed” by the government’s decision and vowed to appeal it.

TRUMP MOVES AHEAD ON WEAKENED BIRD PROTECTIONS: On Friday, the Fish and Wildlife Service released a final environmental impact statement as the Trump administration races to weaken protections for migratory birds by no longer holding industry accountable for incidental deaths caused by their operations. In its analysis, the agency concluded its approach would “likely decrease” implementation of best practices to avoid bird deaths and would likely result in “increased bird mortality.” A final record of decision could land shortly after a 30-day review period, ahead of Biden coming into office.

Environmental advocates bashed the move, noting a federal judge in August rejected a prior effort by the Interior Department to shield companies or individuals who accidentally kill protected birds. “President Trump may have pardoned a turkey this week, but he’s in a frenzy to finalize his bird-killer policy before the end of the year,” said David Yarnold, president of the National Audubon Society, in a statement. “This environmental review process has made a mockery of the public engagement and scientific review required under the law.” Advocates urged the incoming Biden administration to make restoration of the protections a top priority.

A message from Chevron:

Chevron is committed to helping give thousands of entrepreneurs from diverse backgrounds the opportunity to thrive. Learn more.

HOUSE DEMS SEEK INFO ON AGENCY ‘BURROWERS’: The chairs of 24 House committees asked the EPA, Interior Department, Energy Department, FERC, Nuclear Regulatory Commission and dozens of other federal agencies for information on political employees whose roles have been converted into career positions prior to the end of the Trump administration, Anthony reports for Pros. They also ask about any agency employees whose jobs have been reclassified under an executive order from October creating a new class of federal official, dubbed Schedule F, that can be more easily removed from their position with fewer protections.

GREENS TARGET LAWMAKERS ON CLEAN ENERGY: The Environmental Defense Fund is launching a six-figure digital and TV ad buy today as part of its “Power Up America” campaign to shape clean energy and transportation policy, and urge lawmakers to make investments in clean energy research and technology. The first two ads will begin today, initially in Arizona, Colorado, Florida, Ohio and Nevada. The green group is specifically calling for 100 percent clean electric power by 2035, all new cars to be zero emissions by 2035, and all new trucks and buses to be zero emissions by 2040. Watch the ads.

SEE IT: Pro DataPoint’s Patterson Clark breaks down solar panel shipments to the U.S., which by September had already outpaced 2019’s yearly total of 13.2 gigawatts, with 14.5 GW.

Do you want more policy-driven graphics and explainers, and in-depth analyses available in multiple formats? Pro Premium has you covered. Learn more about our newly improved experience.

— “S&P Global in advanced talks to buy IHS Markit for about $44 billion,” via The Wall Street Journal.

— “Repsol to boost renewables fivefold, cuts dividend for 2021,” via Bloomberg.

— “Citgo 6: US oil executives convicted of corruption in Venezuela,” via BBC.

THAT’S ALL FOR ME!