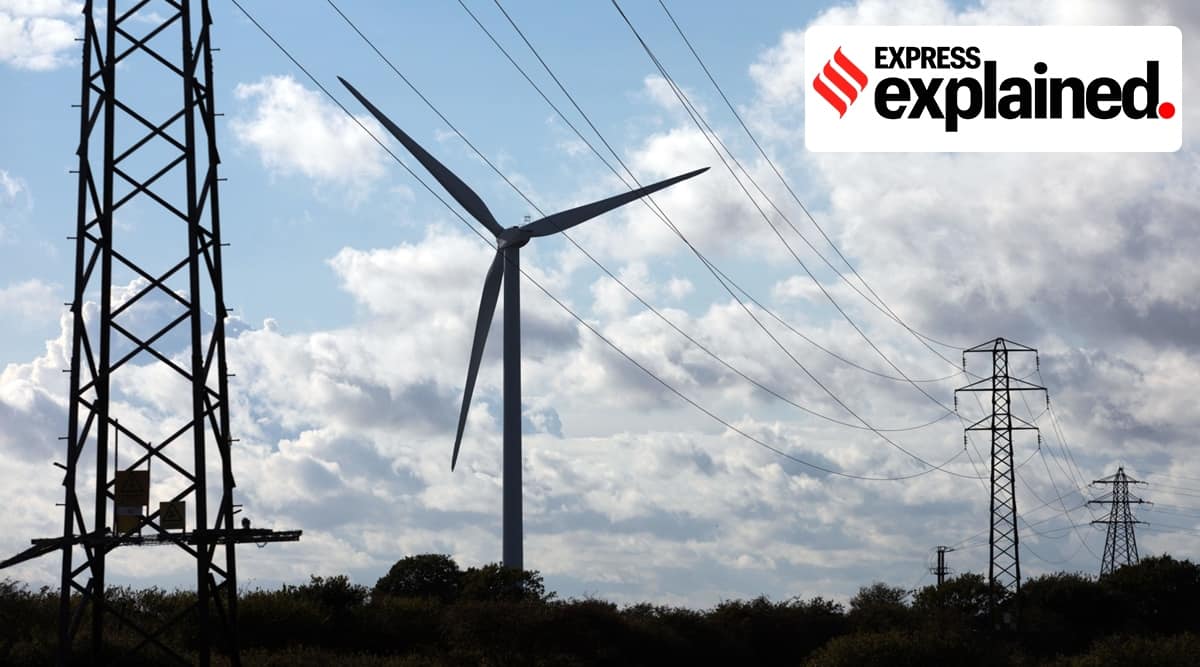 The exclusive wind park zone will come up within 1-6 km of the international border. (Bloomberg Photo: Chris Ratcliffe, used for representational purposes)

On December 15, Prime Minister Narendra Modi will travel to Kutch to lay the foundation stone for a 30,000 MW (megawatt) hybrid renewable energy park close to the Indo-Pak border in Kutch district. The project is billed as the largest of its kind in the world.

What is this hybrid renewable energy park taking shape in Gujarat?

With the Government of India committing itself to installing 175 GW of renewable energy capacity by 2022, the Gujarat government identified 1,00,000 hectares of wasteland near Khavda, 72 km north of Bhuj, close to the international border with Pakistan in Kutch, for an energy park.

In April 2020, after taking into consideration the requirements of the defence forces, the Ministry of Defence (MoD) gave its approval to use 72,600 hectares of the identified land to build the park.

The renewable energy park will have two zones: one, a 49,600-hectare hybrid park zone that will accommodate wind and solar power plants of 24,800 MW capacity; and two, an exclusive wind park zone spread over 23,000 hectares.📣 Follow Express Explained on Telegram

How close is this project to the Indo-Pak border?

The project will be located between Khavda village and Vighakot. The project site is about 25 km from Khavda, which is the last point that can be accessed by civilians in the area.

“This site has been chosen because this is a complete wasteland. Secondly, if you put windmills near the border, they also act as a boundary. The MoD gave clearance for 72,600 hectares in April this year,” Sunaina Tomar, additional chief secretary, Energy and Petrochemicals Department, Gujarat, said.

Who will set up the wind and solar projects in this park?

The state government, after inviting applications, has allocated land to six developers.

The entire 23,000 ha at the exclusive wind zone park has been allotted to Solar Energy Corporation of India (SECI) to set up wind projects under the competitive bidding route policy.

“The selected developers have to develop 50 per cent of the total generation capacity in the next three years, and finish the project in five years,” Tomar said.

PowerGrid Corporation of India will evacuate the power produced at this park.

How will construction take place in a zone that has BSF and Army installations?

The BSF and Army installations are beyond the India bridge manned by the BSF.

“An 18-km road will be built by the state public works department. It will bypass India bridge and provide access to the project. Also, the existing road that leads from India bridge to Vighakot is being strengthened and widened,” a state government official said.

There is a number of “no-go zones” around the project that belong to either the Army or the BSF.

What is the current renewable energy capacity of Gujarat?

📣 The Indian Express is now on Telegram. Click here to join our channel (@indianexpress) and stay updated with the latest headlines

For all the latest Explained News, download Indian Express App.