HANOVER — Dartmouth College has dropped plans to build a wood chip plant to heat much of its campus, saying it will instead continue to focus on converting its antiquated steam-heating system to a higher-efficiency hot water system and also invest in more environmentally friendly alternative heat sources.

But in the meantime, Dartmouth also plans to rely, in part, on its oil-burning power plant in downtown Hanover, though it hopes to switch from carbon-intensive No. 6 fuel oil to biodiesel or the less dirty No. 2 heating oil.

In an announcement Thursday on Dartmouth’s web site, Josh Keniston, the vice president of campus services and institutional projects, said the college had decided the biomass plant to be developed and run by a private partner “was not the right path forward” and has been scrapped.

“Instead, we’re prioritizing the conversion to a hot-water system, which will result in greater energy efficiency, more-comfortable heating levels across campus, and will provide a flexible platform to adopt new technologies. Over time, we want to move away from a single, central generation facility and explore options for a distributed system that uses a range of sustainable energy sources,” he said.

Dartmouth is expanding its focus on geothermal systems and solar thermal, the announcement said, and is adding more solar arrays on rooftops while also now considering the “future development of a large-scale solar photovoltaic field.” Much of the development on the West End of campus has already been designed for the more efficient, green energy heating systems.

Dartmouth in September 2019 had said it was reconsidering whether to rely on the proposed biomass plant to heat its campus after prominent alumni environmentalists said burning wood chips contributes to global warming.

Dartmouth spokeswoman Diana Lawrence said the college will continue to rely on wood chips for some smaller, existing installations, such as its Sachem Village housing complex, and is looking at a “diversity of fuel types” for the central heating plant.

The alternative technology, such as geothermal and heat pumps, is expected to meet about 65% of Dartmouth’s heating needs, but the plant, originally built in the 1890s to burn coal, would still be needed to fire high-efficiency hot water boilers that will replace the steam system.

“The central power plant is staying where it is for the foreseeable future, but we are exploring using other types of fuel within that plant that would help meet our energy goals,” Lawrence said.

Upper Valley activists who had raised concerns about the biomass plant welcomed the decision to drop those plans, but said they wanted to learn more about fuel for the heating plant and how the new technologies will, in fact, reduce Dartmouth’s greenhouse gas emissions by 50% by 2025 and 80% by 2050, as announced in 2017 by college President Phil Hanlon.

“I am incredibly relieved that the biomass incinerator has been taken off the table,” said Miriam Osofsky, a Hanover resident who has asthma and who had helped form the Upper Valley Clean Air Committee to oppose the biomass project.

“That would have been a lose for climate, and a lose for the community.”

And John Tuthill, an Acworth, N.H., resident long active on clean air issues in the Upper Valley, said he was pleased by the biomass announcement but was still concerned about potential biofuels.

“New Hampshire’s regulatory framework is not sufficiently robust to deal with the emerging biofuels market nor some of the pyrolysis and gasification technologies using largely unregulated and undifferentiated feedstocks to manufacture waste-derived fuels,” he said via email.

Dartmouth in 2017 said the central heating plant, which has a 175-foot brick smokestack, burned roughly 3.5 million gallons of No. 6 heating oil a year to heat much of the campus, and also generated about 23% of the electricity Dartmouth consumed.

WE APPRECIATE YOUR SUPPORT DURING THE COVID-19 PANDEMIC

We continue to make our coronavirus coverage free to everyone at www.vnews.com/coronavirus. If you believe local news is essential, please consider subscribing or making a donation today. Learn more at the links below. 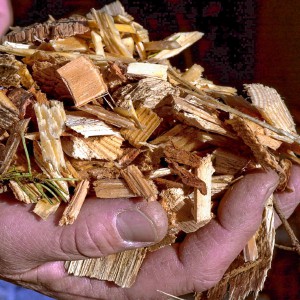 HANOVER — Dartmouth College has dropped plans to build a wood chip plant to heat much of its campus, saying it will instead continue to focus on…

When schools in Vermont moved to remote learning in the spring, it was in response to an unprecedented crisis.But in the future, Vermonters can… 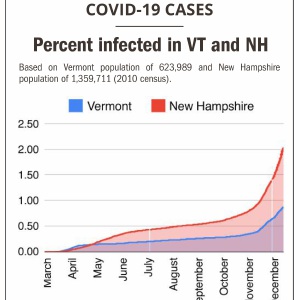 HANOVER — A second resident at Hanover Terrace died on Thursday morning after contracting COVID-19, according to the Lyme Road nursing home’s…

SPRINGFIELD, Vt. — The U.S. Bankruptcy Court for the District of Vermont in Burlington confirmed the Chapter 11 reorganization plans of Springfield…