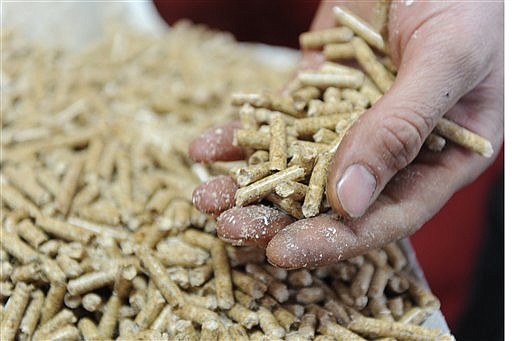 A recent announcement by Highland Pellets LLC, the Pine Bluff-based wood pellet manufacturer, of a $135 million capital partnership with Orion Energy Partners to fund an expansion of the biomass fuel producer, will enable the company to expand its market as more countries around the globe reach for the goal of carbon neutral emissions in power generation.

Tom Reilley , chairman of Highland Pellets, said Japan, the United Kingdom and the European Union are ripe markets for his product. The U.S. market, however, may be tougher to crack for a variety of reasons.

“There have been some dedicated biomass power stations that have been built with negotiated rates in some counties and municipalities,” Reilley said. “It hasn’t grown given the low cost of power generation in the past, but that could change in the future with more solar- and wind-generated power coming onto the grid and more base-level power being needed.”

Primarily, at least in the south, fuel alternatives to fossil fuels like coal generally lean more toward natural gas-fired plants, nuclear power — and increasingly, wind and solar power — to power the electrical grid.

Two years ago, Entergy Arkansas announced that it had reached an agreement with organizations opposed to the use of coal and other fossil fuels to generate electricity that allows the company to replace two aging coal-fired plants with newer, more efficient technology by the end of the decade.

Although some power plants in Canada and the United Kingdom have converted to biomass fuel to power their turbine generators, a SWEPCO spokesman said the company has no plans to follow suit in the U.S., citing the cost and complexity of converting a coal-fired plant to biomass.

In Yorkshire, England, the Drax Power Station provides about 6% of the U.K.’s power supply, according to the Drax Group PLC website.

About two-thirds of its power generation comes from biomass and one-third from coal. It burns 7.5 million tons of biomass annually, importing the pelletized wood from the U.S. and Canada.

“The plants that we operate are specifically designed for the fuels that they use,” said SWEPCO spokesman Peter Main. “In Arkansas, both of our coal-fired plants use low sulphur coal from Powder River Basin in Wyoming, and elsewhere in our system we also have lignite plants, natural gas plants, and we have wind power.”

“In all of those generation facilities, the boilers and other operations are designed specifically for those fuels,” he said. “We don’t have anything that burns anything like wood pellets or that type of fuel. It’s a significant technology difference.”

Main said SWEPCO’s plans for future power generation do include an increasing reliance on renewable energy sources, but it doesn’t plan to abandon coal in the near future.

David Lewis, a spokesman for Entergy Arkansas, said the company has no plans to convert to wood energy, but he did not completely rule it out, either.

Arkansas’ 4th District Congressman Bruce Westerman, who serves on the Committee on Natural Resources, and the Committee on Transportation and Infrastructure, where he is the ranking member of the Water Resources and Environment Subcommittee, has a background in biomass pellet engineering.

He said the conversion of the Drax power plant to biomass demonstrates that the technology is feasible, but he said the process is not as simple as just replacing coal with pellets.

“To burn coal you’ve got what’s called a suspension burner where the coal is ground up real fine and basically suspended in the air where it combusts,” Westerman said.

“You’ve got to modify that to be able to burn wood pellets and obviously, the technology is there where you can do it, but I don’t know what would be required to do that with the two coal-fired plants in Arkansas but there’s certainly smart people who could figure that out.”

Part of the difficulty with most types of fuel used to generate power, he said, is that most fuels lose 60% to 70% of the heating capacity to the air, generating what he called “waste heat,” meaning the system efficiency is only 30% to 40%.

Westerman said that waste heat can be used in some applications to make biomass a more attractive alternative, such as in paper mills that generate their own power.

“Paper mills that burn biomass actually use that waste heat in the process to make paper,” he said. “That’s called a combined heat and power system. So there are ways you can generate electricity and use the heat in a process and that gets your system efficiency up to 60 or 70%, but if you’re purely using it to generate electricity that system efficiency is pretty low.”

The difference, he said, is that coal only releases carbon when it is burned whereas wood will eventually release the carbon it contains one way or another.

“The term is carbon neutrality of wood biomass,” he said. “You are actually getting the benefit of extracting the energy out of the wood and offsetting other types of energy that would be made that could possibly be releasing carbon, and the bottom line is that you aren’t releasing any more carbon into the atmosphere than would happen if that wood rots or if it burns in a forest fire.”

When wood decomposes, Westerman said, it releases carbon into the atmosphere in the form of methane, which he said is at the top of the scale of harmful greenhouse gases.

“It’s worse than the carbon dioxide that is released when you burn the wood,” he said. “That’s why I believe overall that biomass is a fuel that we really need to try to develop.”

One obstacle to the development of biomass, he said, is the cost, which he said is more expensive than natural gas or coal because of the cost of harvesting, transportation and processing.

“They use it a lot in Europe because it’s heavily subsidized due to its carbon neutrality,” Westerman said.

“In the U.S. there’s not any kind of subsidy to incentivize using biomass, which now I’m not a huge fan of subsidies, I think you should have innovation to make energy cleaner and let the market decide what kind of energy you’re going to use. But we do have a lot of subsidies for corn ethanol and for wind and solar.

“Without those subsidies for wind and solar, you wouldn’t be seeing those things built, so if we’re going to have this renewable fuel standard where we’re rewarding certain kinds of fuels, I think it’s unfair that biomass is left out of that.”