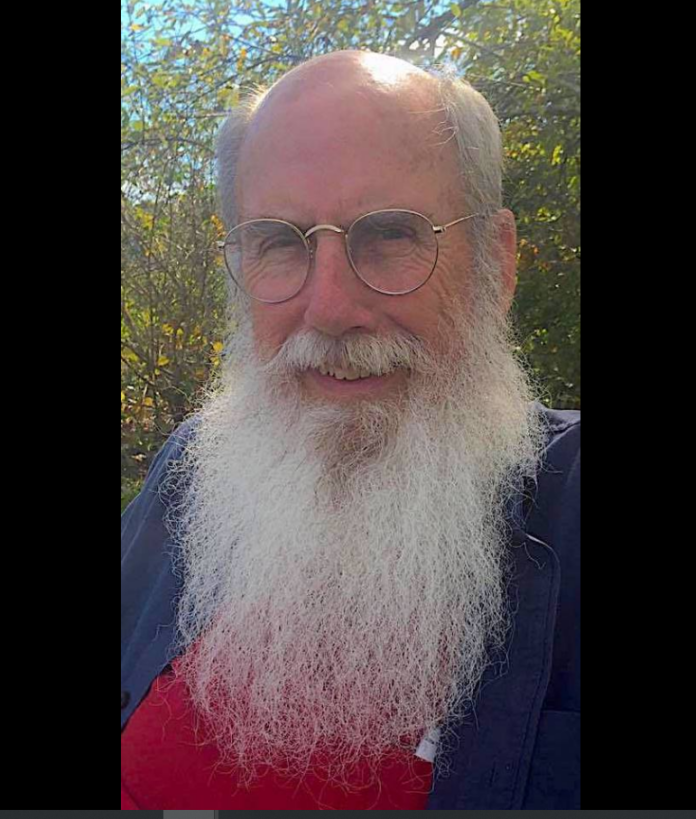 Edwin Donald Booth passed away on December 11, 2020, in Newport Hospital, where he began life on August 9th, 1946. He leaves behind his wife Margaret Hayes, sister Janet Booth and sons Donald and Peter Booth, all of Newport. The son of Frank Booth and Helen Silvia, he was also brother to Jack, Peter and Judy, who predecease him. He also leaves behind a wide array of cousins, nieces and nephews in which the love and admiration was deep and mutual.

Edwin grew up in Newport, graduating from Rogers High as senior class president for the class of 1964. He attended the University of Notre Dame, graduating with the class of 1969. He interspersed his college years with stints in the Merchant Marines, sailing around the world to ports such as Okinawa, Valparaiso and Madras. He met Tracy Stilwell (Rogers ’66) in high school and they were married in 1968 and started a family.

After moving to the West Coast, he became the primary caretaker of his two sons, settling in Montara, CA and there joined the postal service, where he would spend most of his working life.

Ed and sons returned to Newport in 1983, where he worked as a letter carrier, then supervisor, and ending with a long stint as postmaster of Jamestown.

After retiring from the postal service in 2005, Ed and his neighbor founded Newport Biodiesel. Starting from the back of his pickup truck, the company continues as a successful local business, creating green energy with 40 employees. Ed was a life-long advocate of renewable energy and was proud to be a part of it, serving on the board of directors to the end.

Ed was known for his wisdom and kindness. He had a wide array of interests – from photography and astronomy to the simple pleasure of skipping rocks around the drive. He loved to bake bread and the cookie jar was rarely empty. He was proud to be a Rocket Dawg, the group that put on the Jamestown 4th of July fireworks for years. He loved to motor around the harbor in his Whaler, pretending to go out to his much bigger yacht. He would start to grow his beard out in the fall, anticipating, and loving, a pointed question from a curious child as to why Santa was in the grocery store.

He was an amazing husband and father – family was everything.  He happily filled the role of a father/advisor/grandfather-figure to many.

To be his friend was an honor and he will be missed by all that knew him.

Due to the current restrictions, services will be private.  A Celebration of Life will be held in the spring.

In lieu of flowers, donations in Ed’s memory may be made to the Women’s Resource Center, 114 Touro Street, Newport, RI 02840 or by visiting www.wrcnbc.networkforgood.com.

If you appreciate reading trusted local independent news without a paywall, help us keep it that way by becoming a What’s Up Newp supporter.