The pandemic has scrambled the supply chain for almost every industry you can think of, and that holds true even when the supply is something that others want to get rid of.

Consider Amenico, a company that for more than a decade has been sending trucks to regional restaurants to buy their used cooking grease and oil, which they process in their Pittsfield plant and sell to biodiesel plants. There was no shortage of supply in food-loving New England until COVID-19 shut down everything.

“In March there was an immediate plummet,” said David Ossoff, vice president of operations for the nine-person firm which buys its material from restaurants and institutional kitchens throughout Northern New England. “In summer things got better. I’d say we were off by about 40% on collections throughout the summer – wasn’t as bad as we expected. New Hampshire fared much better than Maine, Massachusetts …. we seemed to have more stability. In Massachusetts, volume fell much further.”

Within the downturn, Ossoff said Amenico saw shifts in supply as restaurants have adjusted to the COVID-19 era.

“Then in late September things really began to drop. We will do a route with 20 or 22 stops, and every time it seems like one or two (restaurants) will have closed,” said Ossoff. “We’re very worried about this winter. I’ve seen estimates that 30% of restaurants will go out of business before spring.”

Amenico, a name taken from American Energy Independence Co., was founded in 2006 and has been in its current location since it bought a former mill near the Suncook River dam more than a dozen years ago. It also rents space to Rustic Crust Pizza.

Amenico filters and processes the grease it collects and sells most of it to two plants, including Renewables by Peterson in N. Haverhill, that turn it into biodiesel. This can be added to the heating oil or diesel, and is also used as a diesel substitute in what are known as release agents. The company handles roughly a million gallons a year.

Ossoff said that the big variable in the business has always been price, reflecting both the price of oil and support paid because of the product’s environmental benefit, including tax credits and an EPA payment.

Unlike ethanol, which is made from crops grown strictly to be turned into a fuel, or biodiesel made from soy or other crops, recycled biodiesel has no environmental downside since it keeps material out of landfills and also replaces petroleum that would otherwise be burned.

When the industry started, restaurants that had been paying to take their grease to landfills were glad to give it away, but as more companies entered the business, Amenico had to start paying to get the grease. Then the oil crunch of 2003-2005 sent petroleum prices through the roof and suddenly biodiesel was very valuable. “When fuel prices went very high there was a price war over used cooking oil,” said Ossoff.

In recent years the price of oil, and thus the price of biodiesel, has collapsed due to a flood of petroleum from hydrofracked drilling. This slowdown won’t help.

“We expect it to be a long winter, with a pretty significant loss,” said Ossoff. “Fortunately this a mature company, managed by people experienced in running various small businesses. We’ve got enough experience to weather it.

“We will keep all employees full-time regardless. Nobody’s being laid off or cut back,” he said. “That isn’t something you can do in a nine-person company. If we had 100 employees, I’m not sure it would be feasible.”

Ossoff said Amenico had been growing before the pandemic and was working to position itself for the future, working to find other markets – although he said Amenico has avoided one market, that of an animal feed, because of various concerns.

“We beefed up marketing. If we can keep a little bit of momentum during COVID we can really start changing when it ends,” he said.

(David Brooks can be reached at 369-3313 or dbrooks@cmonitor.com or on Twitter @GraniteGeek.) 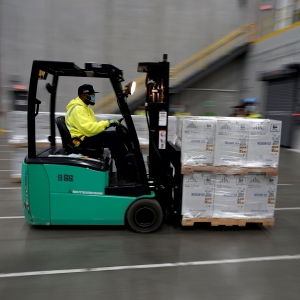 Boxes containing the first shipments of the Pfizer-BioNTech coronavirus vaccine departed from a facility in Kalamazoo, Mich., early Sunday, a… 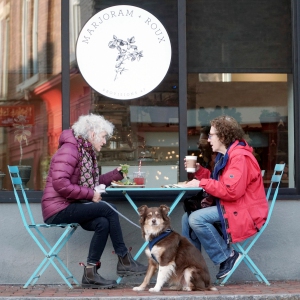 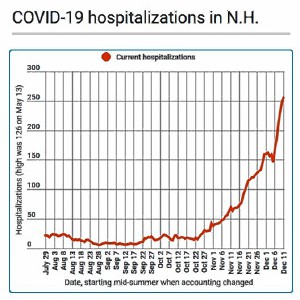 How many people have died in New Hampshire because of COVID-19? That seems a straightforward question but it’s actually pretty complicated. One… 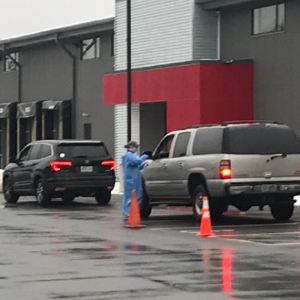 The coronavirus pandemic continues to rattle the state’s political circles, as one of the top-ranking Republicans in the New Hampshire House…