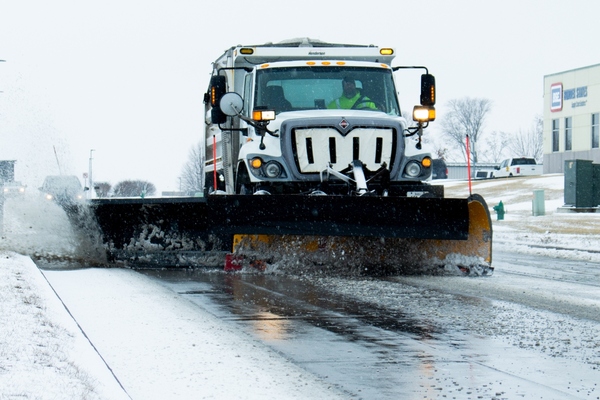 The City of Ames, Iowa, is adding seven new all-purpose biodiesel dump trucks to its fleet following a successful pilot with five City-owned trucks throughout 2020.

The municipal trucks have an advanced fuel system from Optimus Technologies integrated into their vehicle specification which enables them to run year-round on 100 per cent biodiesel (B100) produced by Renewable Energy Group (REG).

At the direction of the Ames City Council, the City is looking at carbon reduction and long-term sustainability for all of its fleet purchases. The pilot project using Optimus’ Vector System, combined with REG’s B100 biodiesel, provided an opportunity to pursue a public-private partnership with widespread benefits through lower emissions.

According to the partners, biodiesel is a cleaner alternative to petroleum diesel and is a readily available, sustainable solution for fleets. Suitable for use in any diesel engine, biodiesel can be adopted starting at blends of 20 per cent, or B20, all the way up to 100 per cent (B100).

Biodiesel is considered an advanced biofuel by the US Environmental Protection Agency (EPA) because it reduces greenhouse gas emissions (GHG) by more than half. REG claims its biodiesel reduces GHGs by up to 86 per cent compared to diesel fuel.

“We undertook the B100 project because we wanted to be responsible stewards to our planet, to the environment,” said John Haila, mayor of Ames. “It’s a tremendous opportunity to make a big impact.”

Like petroleum diesel, biodiesel has the potential to gel in extremely cold temperatures. Optimus reports the Vector System is designed to enable trouble free use of biodiesel in all engines regardless of operating conditions.

“In one weekend, we used 1,000 gallons of B100 biodiesel and our drivers reported no issues in the trucks’ operations. Optimus’ Vector System certainly proved its abilities to perform at high standards”

Even in the sub-zero operations the snowploughs were subjected to while battling the harsh Iowa winter, the Vector System ensured that the vehicles performed flawlessly on biodiesel, Optimus claims. One key feature of the system is that it never inhibits the use of conventional diesel fuel; the system always starts and shuts down the engine on conventional diesel, operating on biodiesel only after the engine and fuel system achieve optimal operating conditions.

“Our drivers tested the Vector System in five City snowploughs in below-zero temperatures during a big snowstorm,” added Rich Iverson, fleet support manager for the City of Ames.

“In one weekend, we used 1,000 gallons of B100 biodiesel and our drivers reported no issues in the trucks’ operations. Optimus’ Vector System certainly proved its abilities to perform at high standards.”

The five trucks already equipped with the Vector System will burn about 10 per cent of the City’s total annual diesel consumption. By operating these five trucks, the City of Ames forecasts it will reduce its carbon intensity by 110 metric tons of CO2 from the atmosphere by the end of the year.

With seven new Vector-equipped trucks on order, REG and Optimus Technologies project this programme will save well more than 200 metric tons of carbon emissions in 2021.