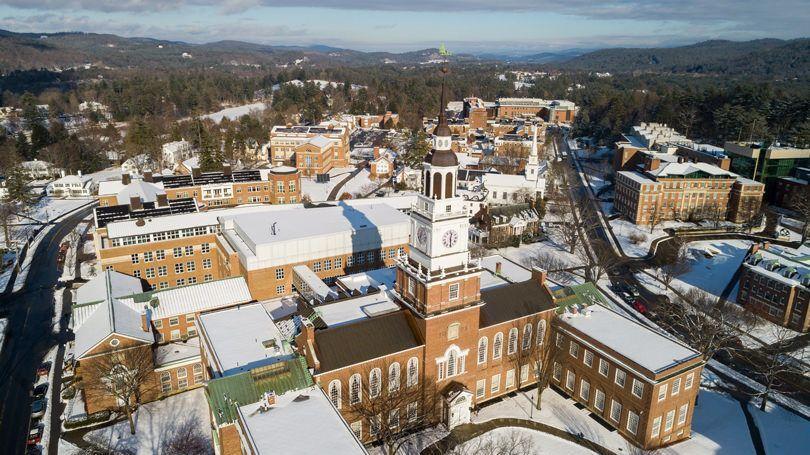 The $200 million plan to convert the Dartmouth College heating system from an oil-burning steam plant to a biomass burning system is being abandoned.

College officials said the financial downturn caused by the pandemic is partly to blame for ditching the plan.

“After careful evaluation, Dartmouth has determined that the previous plan, which called for replacing the central heating plant with a new plant that used biomass, to be developed and operated by a private partner, was not the right path forward, and we’ve stopped that part of the project,” said Josh Keniston, vice president of campus services and institutional projects.

The biomass plant would have meant the college could stop burning millions of gallons of heating oil every year, but it garnered negative attention from alumni who said a biomass plant would result in massive deforestation and would continue to contribute to the climate change crisis.

The college burns through about 3.5 million gallons of No. 6 fuel oil every year to heat its 120 buildings with steam.

Prominent alumni George Woodwell, William Schlesinger and John Sterman sent a letter to the college when it first unveiled its biomass plan last year, calling on the school to abandon the centerpiece of the school’s green energy initiative. Woodwell said burning wood is not the best path to reducing carbon.

“If we are going to reduce the CO2 in the atmosphere we need to rebuild forests, and not cut them down,” Woodwell said.

“Instead, we’re prioritizing the conversion to a hot water system, which will result in greater energy efficiency, more comfortable heating levels across campus, and will provide a flexible platform to adopt new technologies,” Keniston said.

Rosi Kerr, the school’s director of sustainability, said the school plans to move away from a single, centralized energy plant — like the oil burning system that currently fuels the steam system — and wants to invest in smaller scale power generation systems to increase efficiencies.

“Our energy systems should be as diverse and local as possible,” Kerr said.