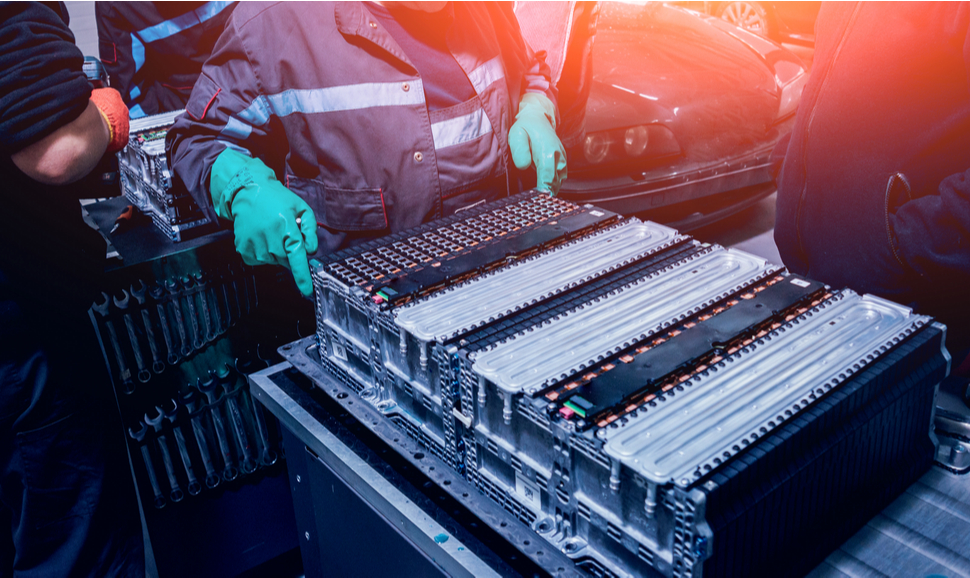 With policymakers setting a course for change, renewables are receiving new investment. In October, the Financial Times reported that stocks in hydrogen energy equipment manufacturer ITM Power had risen by 220 percent while Dutch energy storage company Alfen jumped more than 230 percent. Meanwhile, multinational oil and gas corporation ExxonMobil, which once had the world’s biggest equity value, has been overtaken by Florida-based “clean energy” provider NextEra Energy in terms of stock market value.

However, despite these big steps forward, a fundamental technical barrier remains: energy storage. As Amrit Chandan, CEO of lithium-ion battery technology company Aceleron, notes: “Renewables are intermittent, meaning that they need the support of batteries to store clean energy for use when the sun isn’t shining and the wind isn’t blowing. Battery storage is vital.”

However, with these developments comes a fresh challenge for the energy sector. As Chandan comments:

Battery waste is an elephant in the room when it comes to the renewable energy transition. By 2030, there could be 11 million tonnes of lithium-ion battery waste from electric vehicles alone — enough to fill London’s Wembley Stadium almost 20 times over. Combined with the growth of renewable energy for utilities, as well as other battery-driven devices, this adds up to a large and growing problem that needs to be managed.

Lithium-ion batteries are designed and sold in ways that mean they are difficult to repair, remanufacture and recycle. As Chandan explains, they are “traditionally welded or glued together, making individual components difficult to replace. If one part fails, the whole battery is usually thrown away — often with more than 80 percent of its potential life left unused.”

Two important issues are raised here: first, batteries with most of their charging capacity remaining are being discarded rather than used; and second, the valuable materials used to make these batteries are being lost from the economy. With a shortage of lithium possible as soon as 2025, this could be a major barrier to the uptake of renewable energy.

To ensure that batteries are used to their full potential and don’t become waste, collaboration across industries and between businesses and policymakers, as well as a rethinking of battery ownership, is needed.

In the EU, for example, the Waste Framework Directive currently defines reuse of an item as “any operation by which products or components that are not waste are used again for the same purpose for which they were conceived.” For batteries, this definition needs to be revisited; while automotive batteries lose 20 to 30 percent of their storage capacity after eight to 10 years and no longer can be used in cars, they can be used, as Chandan notes, “as back-up batteries, for applications in data centers and elsewhere as this doesn’t require the same battery capacity.”

By 2030, there could be 11 million tonnes of lithium-ion battery waste from electric vehicles alone — enough to fill London’s Wembley Stadium almost 20 times over.

In addition to a review of the definitions of reuse, for it to happen in practice requires effective resale markets to be established or for the manufacturer to retain ownership of the batteries so that they can be passed between multiple users. Manufacturers retaining ownership of batteries is also a model that can increase the likelihood of repair and remanufacturing.

Aceleron’s lithium-ion battery has been designed to facilitate the easy replacement of components, extending the life of its batteries. Coupled with advanced analytics that can detect which components need servicing, this means the batteries are expected to function for up to 25 years with appropriate maintenance, more than double the lifespan of traditional lithium-ion batteries.

With similar motivations, car manufacturer Renault has established a rental model for the lithium-ion batteries in its electric cars so that they can be reused and remanufactured when customers return them. Jean-Philippe Hermine, director of strategy and environmental planning at Groupe Renault, commented:

Batteries help us respond to an issue that’s existed for years in the energy sector: namely, that of storage. [Now] the goal is to help regenerate raw materials and reuse them to make new batteries. Over time, this would help lower their cost while securing supply, which will help minimize the carbon impact produced by mining. This is the model we’re working towards.

Electric cars such as Renault’s also will play a key role in the broader transition to renewable energy by harnessing more of the potential of battery technology. A study by the European Climate Foundation together with representatives of the automotive and electromobility industry, battery makers, the energy sector and French institutions and NGOs found that when an electric vehicle is parked and connected to the grid, it is able to export energy from its battery. Called vehicle-to-grid systems, they can meet peaks in electricity demand, help manage overloads and absorb surplus energy from renewable sources.

Developing this relationship between utilities and electric cars has the potential to accelerate the renewable energy transition in both sectors. For example, on the Portuguese island of Porto Santo, Hitachi ABB Power Grids and Renault have partnered to integrate renewable energy into the island’s grid by leveraging electric vehicle batteries. Vehicle-to-grid technology is complemented by an aggregation platform to create an energy ecosystem which will see Porto Santo become one of the world’s first smart fossil-fuel-free islands.

While new business models, cross-sector collaboration and battery design can facilitate the reuse and remanufacturing of batteries, a further challenge is posed: recycling their materials. This is crucial to avoid the discharge of toxic metals and materials from discarded batteries into the environment, polluting soil and water.

A 2018 study by Google and the Ellen MacArthur Foundation — which assessed the circular economy solutions for both lead-acid and lithium-ion batteries — found technical difficulties associated with recycling lithium-ion batteries and the cost to do so is significant. However, there is a big incentive to recover cobalt, and other materials, from batteries. Large recycling centers have been established in Belgium and Canada for this purpose.

Earlier this year, chemical company Solvay and utilities business Veolia announced their partnership to create a circular economy consortium for critical metals used in lithium-ion batteries for electric cars. Veolia already operates a recycling plant in France, Euro-Dieuze Industrie, for electric vehicle batteries, based on an in-house hydrometallurgical process for selective extraction of metals. The partnership with Solvay — which brings expertise to optimize the extraction and purification of critical metals such as cobalt, nickel and lithium — aims to allow the metals to be reused as raw materials to produce new batteries.

Veolia Chairman and CEO Antoine Frérot added: “The recycling of electric vehicle batteries and the management of the pollutants they contain are major ecological and industrial challenges. By partnering, Veolia and Solvay help develop the recycling value chain and the production of strategic raw materials for the production of new batteries.”