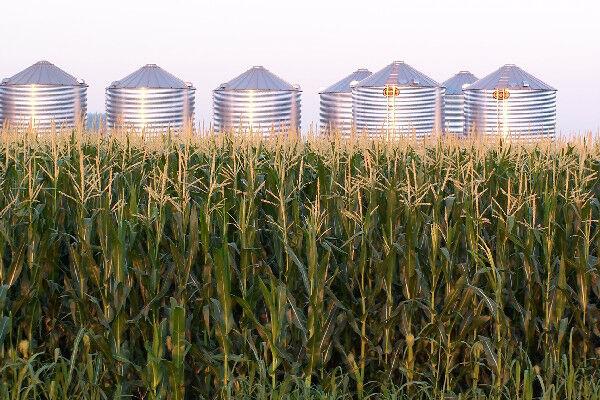 In the Dec. 10 World Agricultural Supply and Demand Estimates, the U.S. Department of Agriculture upwardly revised price estimates for both corn and soybeans and lowered estimates for U.S. production and ending stocks.

Arlan Suderman, chief commodities economist at StoneX Group Inc., said that while there were few changes to the latest WASDE, those changes “spoke volumes.” Ending stocks were already the second tightest on record for soybeans as 15 million bushels of production were shaved from the crush estimates. Soybean prices reached $10.55 a bushel, the highest since 2013.

The January WASDE will give final numbers for the year.

Soy, corn exports to China up

Export numbers for soybeans, especially to China, continued strong. Total soybean exports for the year were 381 million bushels above the USDA targeted levels, with many front-loaded sales. About 60% of the total U.S. soybean crop is exported as beans, meal or oil. Total soybean exports to China were up by 70% over last year.

According to Jim Mintert, director of the Center for Commercial Agriculture at Purdue University and a professor and extension economist in its Department of Agricultural Economics, total corn exports were up 61% this year over last year, with China accounting for 85% of that increase.

The big driver for those corn numbers, said Mintert, is China’s expansion of its hog herd. In the past, China has not relied on the U.S. for corn. In 2017, China slaughtered about 700 million head of hogs as part of its effort to control African swine flu. By 2020, its herd had been rebuilt to 459 million head, with another 50 million head expected to be added in 2021. By comparison, Mintert pointed out, the total U.S. herd is about 134 million head.

China is not only growing its hog herds, but modernizing hog processing plants, with large facilities similar to those in the U.S. replacing the small family-owned hog farms that were devastated by AFS. Modernizing hog production means clean, modern grain-based feeds instead of the backyard scraps formerly used by the smaller operations. Ken Eriksen, senior vice president-agribusiness at IHS Markit, said China has been making large investments in cold chain technology and biosecurity at the new hog facilities, to decrease and distance and travel time for hogs. It is also closing the old “wet markets” where hogs and other livestock were sold, to reduce the risk of animal viruses spreading.

Ethanol production is down by somewhere between 4% and 10% compared to last year, due to reduced gasoline demand because of the COVID-19 restrictions. There was a partial recovery of demand over the summer, but demand collapsed again in the autumn. Michael Langemeier, associate director of the Center for Commercial Agriculture, said he sees ethanol “struggling” through the winter, with perhaps a rebound in the spring, depending on the progress of vaccination efforts.

Despite ethanol issues, the USDA forecast price for corn moved steadily upward from the June estimates, from near $3 a bushel to closer to $4. Nathan Mosier, professor in agricultural and biological engineering at Purdue University, showed a series of charts illustrating break-even trends for stored corn compared to past years. The “typical” spread is around $0.25 a bushel, but now is more like $0.5, depending on location. That doesn’t give farmers a lot of incentive to hold and store corn, Mosier said. “The market wants us to sell rather than store.”

World soybean stocks are tightening, with a 33% stock-to-use ratio of 2018 shrinking to 23% today. Suderman suggested that biodiesel efforts overseas partly accounts for tightened demand worldwide for vegetable oil. “Oil is being consumed faster than it is being produced,” he said. Palm oil, also used for biodiesel, usually trades at a discount to soybean oil, but that is happening less now. “I see demand for biodiesel remaining strong around the world.”

The presenters at the USSEC webinar said uncertainties around the Argentine spring soybean crop could be important for U.S. growers. The Argentine crop was 42% planted as of the second week of December. Marshall said dry weather was expected there this spring due to this year’s La Niña weather pattern, which usually means a cooler, wetter North America and a drier South America. High Brazilian truck rates are another limiting factor for south American soy exports, with many Brazilian crush plants not close enough to newly refurbished port facilities. This allows the U.S. to maintain its transportation advantage. Depending on how the weather shakes out, there’s a chance China could continue to turn to U.S. soybean suppliers while waiting for the Argentine crop to come online.