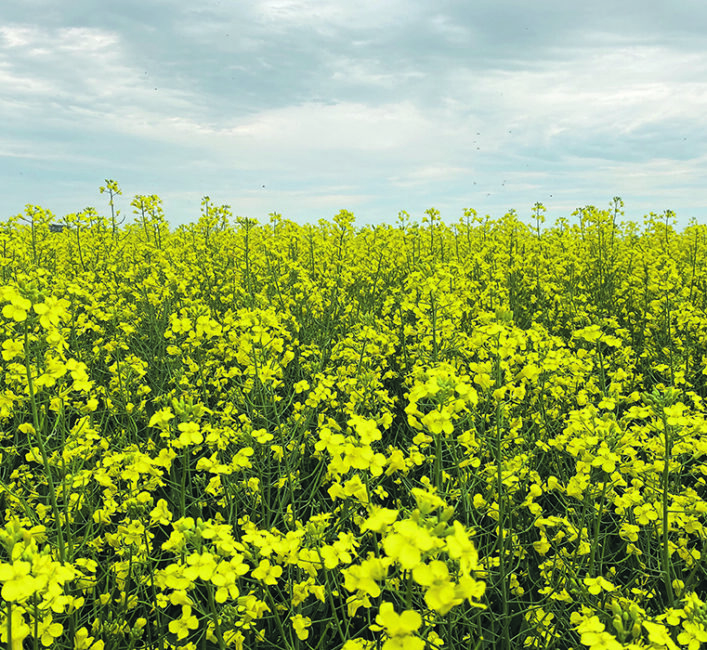 A larger crop likely to help Australia regain market share, but the country worries it won’t fully recover the ground it lost

Canadian canola exporters will soon experience increased competition from Australia in the European Union, but they still hold the upper hand, according to a new report.

Australian growers are set to harvest 3.7 million tonnes of canola, a 59 percent rebound compared to last year, according to the Australian Bureau of Agricultural and Resource Economics and Sciences (ABARES).

It will be the first good crop following three consecutive years of drought-reduced production, coming in at 12 percent higher above the 10-year average.

Exports are expected to rise by 71 percent to 2.7 million tonnes with the primary customer being the EU’s biodiesel market.

Canada has made huge inroads in the EU in the past couple years at Australia’s expense.

The EU has been Canada’s third-largest market through the first 10 months of 2020, buying 1.89 million tonnes of canola. Only China and Japan bought more.

It was also Canada’s third-biggest market in 2019, accounting for 1.31 million tonnes of exports.

The previous five-year average was 407,000 tonnes, so sales have shot up tremendously in the past couple of years.

ABARES expects Australia to regain some of the market share it lost to Canada due to higher exportable supplies in 2020-21.

However, it worries that Australia will not be able to fully recover all the ground it lost.

“Canada is likely to be a lower cost producer and could outcompete Australian canola,” it said in its December agricultural outlook report.

“Australia is therefore at risk of not winning back the full market share ceded to Canada over the past three years.”

Brian Innes, vice-president of public affairs with the Canola Council of Canada, thinks there is another explanation for why Canada is gaining market share in the EU.

“The reason why we’re more competitive into Europe is because our access into China is blocked, which lowers the price of Canadian canola relative to Australian canola,” he said.

Australia still has unfettered access to the Chinese market, which means there is more price competition for its canola.

Innes believes another reason Canada is making inroads into the EU is that Canada’s production and exports are more stable and reliable than Australia’s due to growing conditions and the sheer number of acres.

Australian canola does have one competitive advantage. A large portion of its exports is non-genetically modified canola, which fetches a price premium from biodiesel manufacturers because the meal can be sold to EU dairies that want non-GM feed ingredients.

Innes noted that Canada grows approximately one million tonnes of non-GM canola annually, most of which is sold into the domestic marketplace.

MarketsFarm analyst Bruce Burnett agreed that Canada has a scale advantage over Australia with way more acres of canola harvested every year. It also has a logistical advantage shipping to the EU.

He believes the EU will continue to be a top market for Canadian canola because it continues to produce less rapeseed.

That is partially due to recent droughts but also because of reduced plantings. Winter canola is no longer competitive with many other crops.

“Unless the economics improve for farmers they’re not going to be willing to take the risk or want to plant canola,” he said.

One of the main reasons for the reduced competitiveness of the crop is the EU’s ban on neonicotinoid insecticides. Remaining insecticides are not as effective, resulting in reduced yields and higher costs.

Innes said there is no formal proposal to change feedstock intensity requirements.

He noted that Canadian canola has lower greenhouse gas intensity measures than other regions because the council worked hard to get the EU to recognize that canola produced in areas like southern Saskatchewan has very favourable carbon intensities for biofuels.