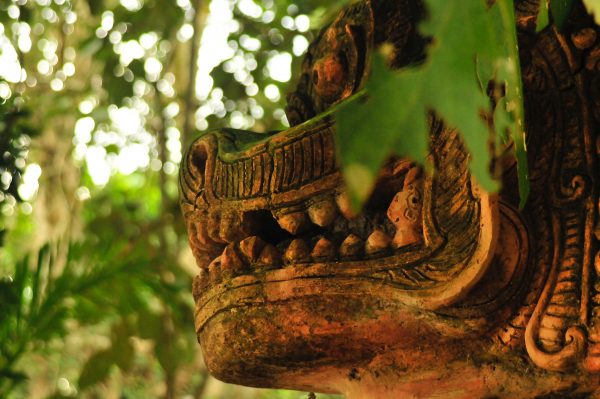 In 2010, Thailand generated 3,426 GWh of electricity from renewable energy sources such as solar power. The entire system used 164,829 GWh that year, so about 2 percent of the total came from renewable sources. By comparison, coal and natural gas combined to generate 148,202 GWh, or 90 percent of the country’s electricity supply. Like many emerging markets in Southeast Asia, the economy of Thailand has been growing rapidly and driving ever-greater demand for electricity. If a switch to more sustainable energy is not made in a timely fashion, the country risks getting locked into a high-carbon model of economic development.

The good news is that things have changed quite a bit over the last decade. In 2019, renewable sources generated 21,402 GWh of electricity, roughly 10 percent of the system total. Meanwhile, coal and natural gas fell from 90 percent of the energy mix to 75 percent. This might strike some as modest, but the pace of growth in renewables has accelerated considerably in just the last few years. If they stay on this course, renewable energy will soon be a dominant component of Thailand’s energy mix. How did Thailand get on this path?

From a policy perspective, the answer is clear. Beginning in 2007, the government of Thailand rolled out a series of incentive programs in which the country’s main energy utility, the Electricity Generating Authority of Thailand (EGAT), entered into purchase agreements with small power producers and agreed to buy renewable energy from them at reasonably attractive prices and for a set period of time.

These kinds of contractual guarantees can help jump-start investment in nascent renewable energy sectors by basically guaranteeing developers there will be a market for the energy they produce. The levelized cost of solar and wind power has come down so quickly in recent years that it’s debatable whether these kinds of guarantees are still even necessary. But certainly in 2007 when the cost of developing solar was considerably higher than it is now, the government’s use of such schemes signalled its commitment to diversifying the energy mix.

Get briefed on the story of the week, and developing stories to watch across the Asia-Pacific.

But it takes more than just a well-designed policy instrument to induce growth in renewable energy at scale. It also requires buy-in from key stakeholders, perhaps most importantly from state-owned power utilities. In Thailand, EGAT is the key player. The utility is not only the sole operator of Thailand’s national power grid, it also produced 50 percent of the grid’s power in 2010. In order for any kind of renewable energy investment scheme to actually work, EGAT would need to genuinely be onboard with it.

This is the critical question when looking at renewable energy transitions, because the political economy and energy mix of each country will yield a different answer. In well-developed markets, as renewable energies become less expensive fossil fuels will tend to naturally be phased out as a result of competitive market equilibriums. In less competitive markets dominated by politically powerful fossil fuel interests such as Indonesia, renewable energy has struggled to make inroads or get buy-in from the state-owned utility.

In Thailand’s case, EGAT ultimately had little choice as the country’s production of natural gas – its main source of electricity generation – has been declining since 2014. EGAT and Thai energy regulators were forced to confront the reality that the natural gas that has electrified the country for decades was running out. They could either import energy from their neighbors (upon whom they would become increasingly reliant for supply of an essential strategic good), or they could accelerate the development of domestic energy sources such as solar. It would appear they have prioritized the second option.

There are still large coal-fired plants being developed, and the dual nature of EGAT as both the primary off-taker and one of the largest producers of electricity in Thailand creates political and economic complications. But the pace of renewable energy growth has stepped up considerably in the last few years, while the ability to power the grid with domestically sourced natural gas has an increasingly narrow time horizon. These factors suggest renewables are likely to continue growing as a share of Thailand’s energy mix.