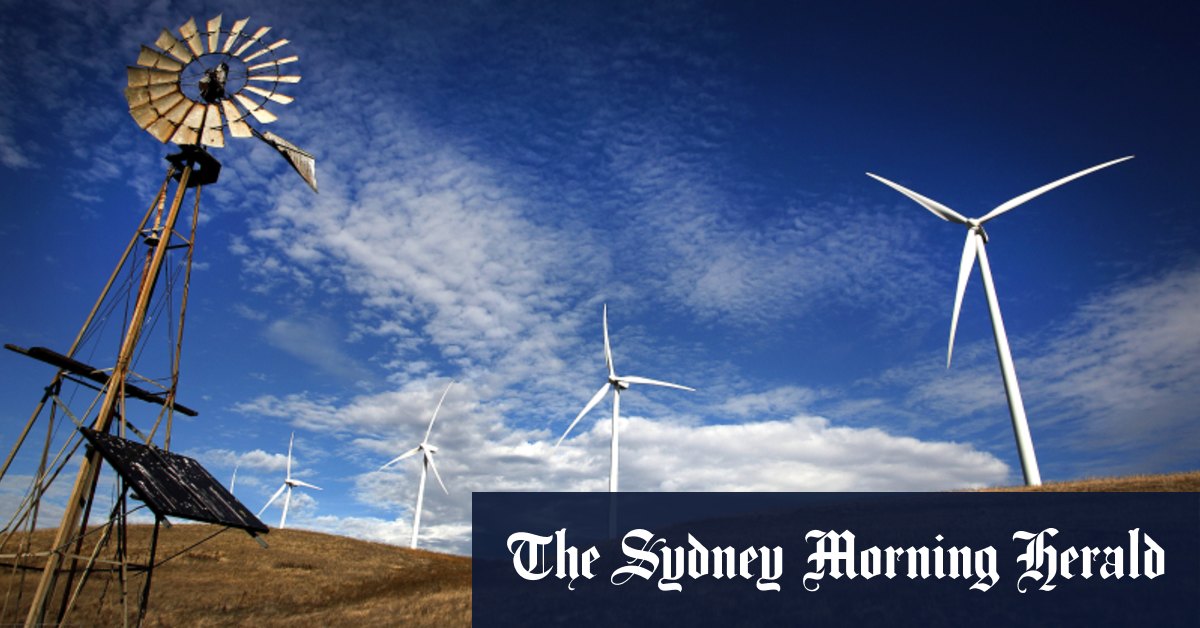 At the time, the Coalition criticised Labor for mandating a target without plans to balance the rapid rise of renewables in the grid. It cited modelling from BAEconomics which found the party’s twin climate targets could cut the average wage by more than $8000 and cost as many as 300,000 jobs.

A spokesman for Mr Taylor said on Sunday the Morrison government supported renewables with its commitment to integrate wind and solar in the grid by backing the Australian Energy Market Operator’s plans.

It is investing in large scale transmission lines that will link solar and wind projects to the grid and funding power plants to back up intermittent supply from renewables with dispatchable power.

“The Morrison Government is supporting the record levels of investment in renewable energy generation by backing every priority transmission project under the Integrated System Plan and much needed dispatchable 24/7 generation through the Underwriting New Generation Investment Program and the $1 billion Grid Reliability Fund,” the spokesman said.

“We are focused on delivering affordable reliable energy, and the result is prices at their lowest levels in five years.”

The government’s plans for dispatchable power include a commitment to fund a gas plant in NSW’s Hunter Valley if private industry does not, and a $9 million upgrade to the Vales Point coal-fired power station.

The Morrison government says, based on its projections, it can meet its 2030 target under the Paris Agreement to reduce emissions at least 26 per cent based on 2005 levels without using controversial Kyoto carryover credits. It has also committed to reach net zero emissions sometime in the second half of this century.

“The Coalition has continuously run a scare campaign against renewable energy,” Mr Butler said. “Instead of backing new renewable energy projects and jobs the Coalition is spending millions of taxpayers dollars on a feasibility study for a new, expensive coal-fired power station, which private investors wouldn’t touch with a barge pole.”

Labor remains committed to its policy to hit net zero emissions by 2050, but has put its interim goal of achieving a 45 per cent reduction by 2030 under review.

The party announced in October a $20 billion Rewiring the Nation policy which Mr Butler said in November was the “bedrock of Labor’s commitment to clean energy”.

The emissions projections assume the share of renewables in Victoria will grow from 25 per cent to 56 per by 2030 and in NSW from 19 per cent to 51 per cent.

Mike is the climate and energy correspondent for The Age and The Sydney Morning Herald.

As governments phase out coal use for more sustainable alternatives, biomass power has risen to fill the void it leaves.