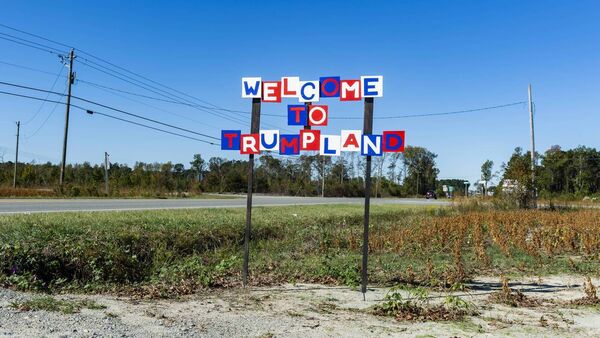 Farmers could soon be President Donald Trump’s only friends, as even his Republican colleagues express concern at his efforts to subvert the will of voters in the election won by Joe Biden.

Generous aid programmes pushed through by the Trump administration have assured a bumper year for US farmers, with record government subsidies projected to make up more than a third of their income in 2020.

Trade wars declared by Trump hurt farmers, with reprisals from China and other trade partners cutting US agricultural exports by billions of dollars.

Farmers initially pleaded to Trump for “trade not aid” in 2018, but have since received repeated bailouts.

The aid money compensated farmers for lower prices caused by trade wars and large global supplies of crops. It also eased the impact of the maize ethanol fuel market weakening due to Americans driving less during the pandemic.

A $14bn farm aid package announced in September brought federal payments to an expected record $51.2bn for farmers in 2020. The government’s share of farmers’ net cash income will rise to an estimated 39.7%, the biggest in 20 years.

The Agriculture Department had forecast net farm income would rise 4% in 2020 from last year, even before the September aid announcement.

The Environmental Working Group, a health and environmental advocacy group, accused Trump of buying farmers’ vote. But USDA Secretary Sonny Perdue said the government designed a plan to help farmers and ranchers impacted by the pandemic.

Accusations of vote-buying are also defused by farmers continuing to get a generous share of the $900bn Covid-19 relief package passed by the US Congress in December, when the time for vote-buying was well past.

This includes a new round of aid to a wide array of agricultural sectors and farmers on top of their previous packages to compensate for the Covid-19 crisis and the trade war with China.

The share of this new round is estimated to be $13bn directly to agricultural programmes managed by the Agriculture Department (with another $13bn towards nutrition and food assistance).

The comprehensive relief package includes yet more aid for dairy, livestock, and poultry farmers, and $20 per eligible acre for crop growers. Biofuel producers will also get extra aid.

The latest relief package also has other agriculture-related provisions to ease the pressure on farmers, food producers and processors.

Meanwhile, market trends are also coming to US farmers’ rescue, with China’s increased purchases of their agricultural goods such as maize and soybeans pushing up commodity prices, also supported by US weather concerns. Chicago maize prices hit a six and half year high recently, and soy and wheat are at multi-year highs, boosting farmer income from sales of these top US cash crops.

Government payments, combined with rising crop prices, will allow growers to stabilise their balance sheets, pay down debt, and get access to loans that will allow them to buy seed and equipment for 2021.

The September aid package was calculated based on prices between mid-January and July, just before an August rally in commodity prices, allowing farmers to gain on the double.

Farmers say the aid was still needed to make up for their last three or four years of low commodity prices and high debts.