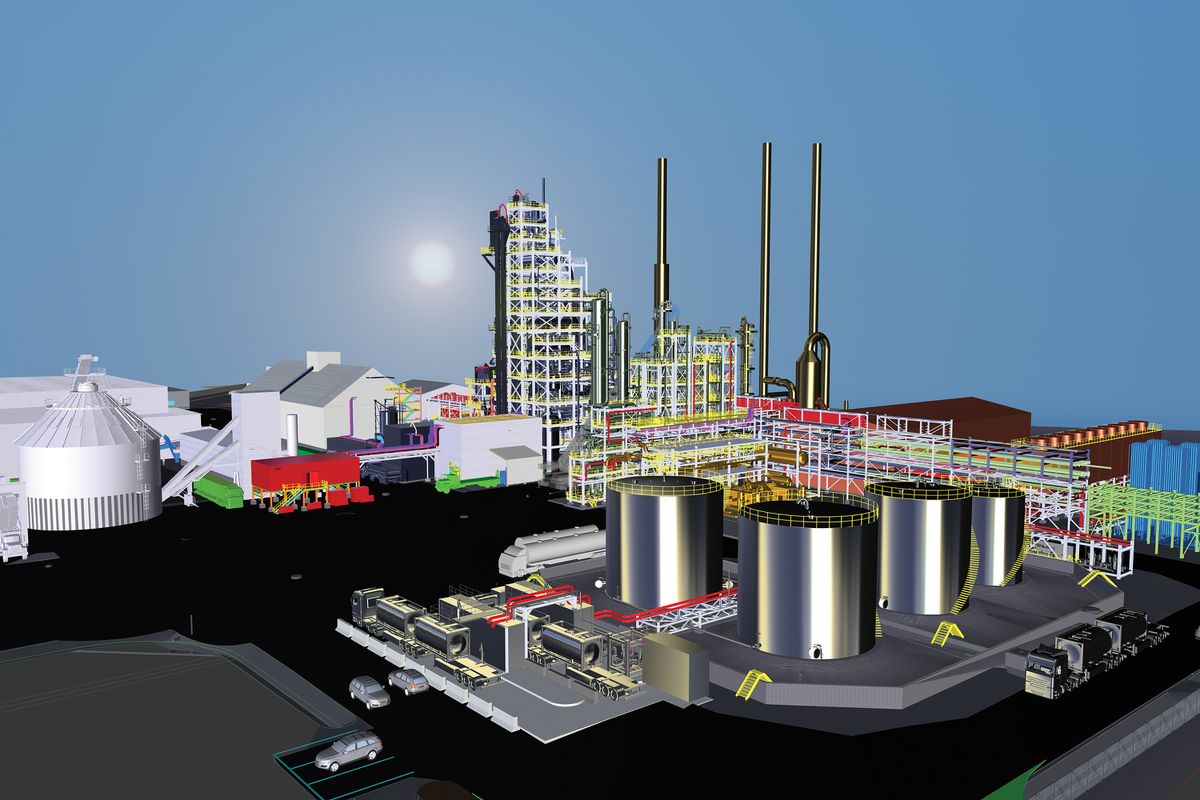 Shell Canada’s president says the oil company supports the intent of Canada’s new clean fuel standard, as his company seeks to reduce its own emissions through a $350-million investment in a Quebec biofuel plant and the possible incorporation of solar power into an Alberta refinery.

Shell’s backing of the Montreal-area biofuel project underscores increasing interest in the renewable fuels sector after Ottawa released its Clean Fuel Standard (CFS), which aims to reduce greenhouse gas emissions by cutting the carbon produced by transportation and home heating. The federal government estimates the global biodiesel market will grow from $25-billion in 2019 to $44-billion by 2025.

Shell Canada president Michael Crothers told The Globe and Mail the company is still evaluating the impact the CFS will have on the company, but it supports the standard’s intent to reduce the carbon footprint of transportation fuels.

The new biofuel plant in Varennes will take waste material – including plastics and contaminated wood, construction and demolition leftovers, municipal and solid waste – and convert it into ethanol and methanol. The project has also secured cash from Suncor Energy Inc., natural gas company Proman, Hydro-Québec and the Quebec and federal governments.

Slated to open in 2023, it will use technology developed by Montreal-based biofuel producer Enerkem Inc., which is also employed in a similar biofuels venture the two companies are partnering on in Rotterdam in the Netherlands.

“People get pretty excited about the future where we’re going to get to fully low-carbon solutions, but in the meantime, we still have decades to get to that net-zero carbon future,” Mr. Crothers said.

“Within that timeframe, we need to be continually driving down the carbon footprint in our existing business.”

Major oil companies such as Shell have long come under fire for their contribution to climate change and have been criticized for not doing enough to reduce greenhouse gas emissions. But societal and investor pressures over the past few years have led many to ramp up efforts to reduce pollution and set net-zero emission goals.

Shell announced last year it would reduce its global work force by around 10 per cent as it pivots from oil and gas to lower-carbon fuels. The hit to Shell’s Canadian operations still isn’t clear, but Mr. Crothers said the focus here is on reducing emissions from its existing facilities and lowering the carbon content of fuels.

To that end, Shell is looking at solar applications to help power its massive Scotford refinery complex in Fort Saskatchewan, just outside Edmonton. The company has “committed funds to make that happen,” Mr. Crothers said, but wouldn’t give specific details until all partners are formally lined up.

It’s also where the Varennes plant comes in, along with Shell’s other biofuels partnership in Sombra, Ont., which will convert waste fats and oil into renewable diesel using technology developed by Alberta-based Forge Hydrocarbons Corp. The federal government has invested in both projects, with $5-million for the Sombra plant and $74-million for Varennes.

Shell is also planning to enter into Canada’s burgeoning hydrogen sector, eyeing several opportunities across the country. The Varennes plant, for example, will use hydrogen produced from hydroelectricity as its gasification agent.

Enerkem already operates a commercial-scale biofuel plant outside Edmonton, which will serve as a blueprint for the Varennes project.

The end goal for Shell is access to lower-carbon fuels, and Enerkem chief executive officer Dominique Boies says the Quebec plant will produce fuel with a carbon intensity of 10, versus conventional gasoline, which sits around 88.

Enerkem has been developing its technology for 20 years, but Mr. Boies said recent global focus on reducing greenhouse gas emissions – along with a price on carbon – has been a driver of investment and interest in the company.

“In order to achieve the GHG reduction objectives, governments have two ways to go about it. One is the carrot and the other one is this is the stick,” he said.

“This is what creates a lot of value for our product, because people are willing to pay. Companies like Shell, Suncor, BP, Exxon Mobil – if they want to comply with regulations, then they’ll need to have access to low carbon-intensity products.”

Your time is valuable. Have the Top Business Headlines newsletter conveniently delivered to your inbox in the morning or evening. Sign up today.