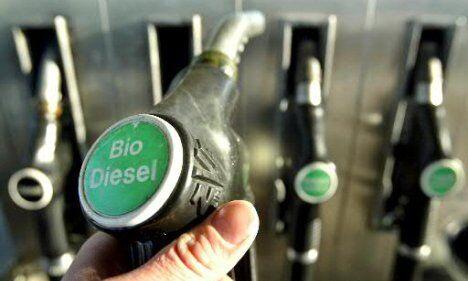 (KMAland) — The National Biodiesel Board continues to laud the benefits of biodiesel and renewable diesel.

In September, NBB launched a digital advertising campaign aimed at key decision makers on the benefits of these advanced fuels. The ad campaign focused on consumer acceptance with the promotion of biodiesel being cleaner than petroleum diesel. The campaign was supported by the United Soybean Board, US Canola Association, and a dozen Qualified State Soybean Boards.

These messages and efforts continued with the start of the new year. Alan Weber is a senior economist with the National Biodiesel Board. During NAFB’s Trade Talk program, Weber said biodiesel offers proven environmental, health, and economic benefits.

“As we move towards carbon reduction as an overall goal,” said Weber, “one of the things that’s important to keep in mind is that there might be technologies out there that can make a significant impact in the future like electric vehicles – we see a lot of news out in terms of the movement towards electrification of that particular segment – but when you think about what fuels like biodiesel and renewable diesel can do now instantly in terms of reducing carbon, I think that’s something people forget.”

“If you look on the west coast with the Low Carbon Fuel Standard, which was passed very much specifically towards trying to electrify that particular industry, 45 percent of all of the credits generated in 2018 and 2019 came from biodiesel and/or renewable diesel,” said Weber. “It really shows how this is a technology that can reduce carbon right now and have a significant impact.”

Schlumberger New Energy, Chevron Corporation, Microsoft and Clean Energy Systems are collaborating on a bioenergy with carbon capture and sequestration