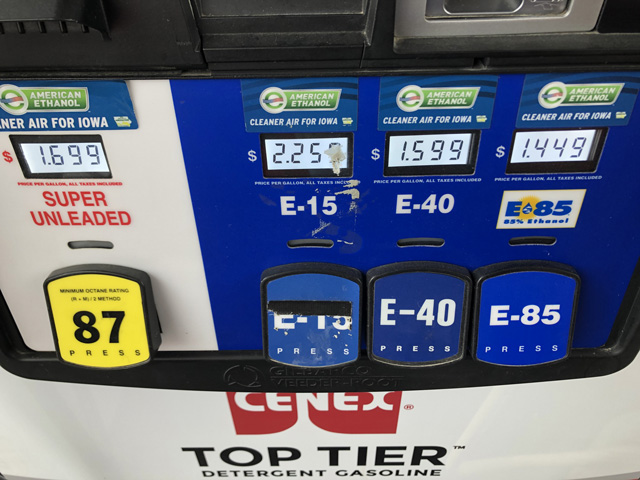 These moves come as ethanol production is down about 14% from the same week a year ago and corn used for ethanol is down 11% over the same period.

Biofuel backers in Congress are reacting to the possible EPA refinery exemptions by writing letters to Wheeler and President Donald Trump asking them not to pull the trigger on new SREs.

Sen. Chuck Grassley, R-Iowa, said Thursday that any SREs approved by EPA now “would be a devastating blow to the biofuels industry and to agriculture.”

Grassley added he was surprised by rumors that EPA could approve new refinery exemptions based on some calls he and fellow Iowa Sen. Joni Ernst had with Wheeler shortly after the November elections. “Wheeler told Sen. Ernst and me that he would take no action granting additional waivers until the Tenth Circuit case on small refineries was decided in the courts,” Grassley said.

That was before the U.S. Supreme Court announced it would hear the small-refinery exemption cases out of the Tenth Circuit Court of Appeals, in which the appeals court had ruled last year that EPA illegally granted waivers to three companies in 2016. Refiners that were subjects of that case will argue their case before the Supreme Court in the spring.

Grassley and other Republican senators wrote Wheeler on Thursday, asking him not to approve any new waivers. A group of Democratic senators wrote a similar letter to Wheeler on Monday. Once any new refinery exemptions are approved, Grassley said, there’s nothing the incoming Biden team could do to stop Wheeler’s actions.

Members of the House Biofuels Caucus on Tuesday wrote a letter to Trump asking him to follow the Tenth Circuit ruling and not allow a new set of exemptions before he leaves office next week.

“We are alarmed by reports that the Environmental Protection Agency may issue numerous pending 2019 small-refinery exemptions despite ongoing legal action and commitments from top EPA officials that this would not occur,” the caucus said in the letter. “Granting any of these waiver requests will further devastate America’s rural communities as they continue to struggle amidst a difficult economy.”

Twenty-three members of the House who signed the letter said the exemptions are “contrary to legislative intent.”

“This news arrives at the worst time possible as the biofuels industry continues to reel from the economic impacts caused by the COVID-19 pandemic,” the letter said.

“Unfortunately, we understand that Administrator Wheeler and other political appointees at EPA are considering granting a significant number of these waivers on their way out the door to the private sector,” Jennings said in a letter. “We are unaware of any substantive change in circumstance surrounding whether to grant or deny these waivers. In fact, the Supreme Court’s decision to hear the refiner appeal gives more clarity about when the legal challenges will be complete.

Chris Clayton can be reached at: Chris.Clayton@dtn.com

Todd Neeley can be reached at: Todd.Neeley@dtn.com