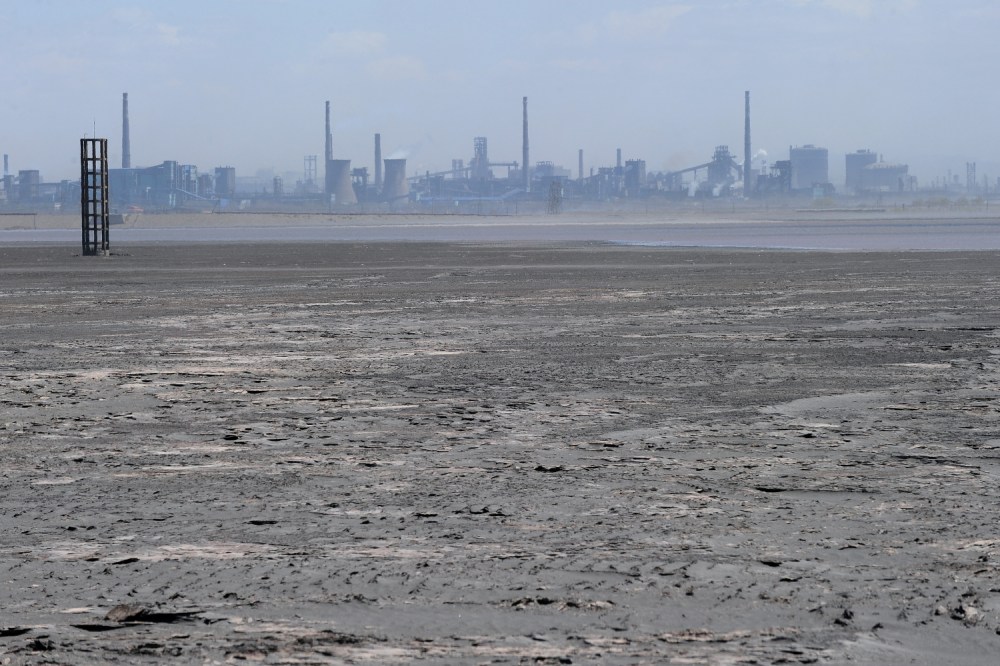 The world will require 50 percent more energy in 2050 than we produce today, and much of that growth will come from renewables and clean energy technologies. The U.S. Energy Information Administration estimates that renewables will contribute 50 percent of global electricity generation in the next thirty years. The World Bank, Energy Information Administration, International Energy Agency (IEA), and the International Renewable Energy Agency all predict unprecedented growth in minerals-intensive clean energy technologies in the next 30 years.

But how will these minerals be sourced and produced? Can they be developed in a manner consistent with international best practice, or does the supply chain involved flout human rights, environmental protections, and transparency standards? Can clean energy be produced in a responsible and sustainable way?

The Trump administration has been grappling with these difficult and urgent questions. The transition to clean energy technologies will require an exponential growth in demand for minerals. For example, certain minerals have cross-cutting applications, such as copper. An electric vehicle has at least four times the copper as an internal combustion engine, and copper is needed for electrification and heating systems. To keep pace with clean energy demand, the world will need to produce the same amount of copper in the next 25 years as human beings produced in the last 5,000.

A company that is the sole supplier, or a single country as a primary source, with export restrictions, would likely constitute supply risks. But any number of bottlenecks that might arise among both domestic and foreign producers, such as limited electric power, skilled labor shortages, equipment shortages, labor unrest, weather or transportation delays, and opposition on environmental policy grounds, could also pose supply risks. Any of these above-mentioned potential supply disruptions could raise costs or prices, and exacerbate the tightness of supplies.

The IEA noted how market concentration “creates a source of concern for companies that produce solar panels, wind turbines and batteries using imported minerals, as their supply chains can quickly be affected by regulatory changes, trade restrictions – or even political instability in a small number of countries.” For example, The Democratic Republic of the Congo produces more than 50 percent of the world’s cobalt, a critical mineral for long-range electric vehicle battery technology. China is the largest producer of metals used in solar photovoltaics and wind technologies and produces 70 percent of the world’s graphite, 80 percent of rare-earth elements, and 56 percent of vanadium, for uses well beyond solar and wind power.

Since so much of the world’s critical minerals are concentrated in a few locations, either for mining or refinement, the market lacks resilience and is susceptible to any number of external factors. Rapid demand growth for cobalt triggered a fivefold increase in prices between 2016 and early 2018. Later that year, the Congolese government nearly tripled cobalt’s royalty rate by classifying it as a “strategic” substance. Last year, Indonesia, responsible for 25 percent of global nickel supplies, banned nickel ore exports in an attempt to increase domestic smelting capacity, leaving importers scrambling.

Market concentration extends beyond the mining of key clean energy minerals to the broader processing supply chain. Australia is the world’s largest producer of lithium, the foundational mineral for the lithium-ion battery in smartphones and electric vehicles, yet most of its production is shipped to China for processing. According to the IEA, China accounts “for some 50% to 70% of global lithium and cobalt refining. China also holds a dominant position along the entire rare earths value chain. It is responsible for 85% to 90% of the processing operations that convert mined rare earths into metals and magnets.”

Unfortunately, China has used its market control of rare-earth elements to pressure other countries on unrelated matters in the past. In 2010, Japan detained a Chinese fishing trawler captain after his boat collided with two Japanese coast guard vessels in Japan’s claimed territorial waters. In response, China banned exports of rare-earth elements to Japan for 59 days, skyrocketing prices by 350 percent. In 2019, Chinese President Xi Jinping’s visit to a rare-earth facility in Jiangxi province reminded the world of China’s market dominance amid U.S. trade tensions.

Clean energy technology companies underscore that they are mission-driven beyond profit. They consistently seek to advance a cleaner environment, sustainable operations, support for workers and communities, and fair treatment for all. Corporations are increasingly integrating these commitments as criteria with more traditional key performance indicators to assess relative executive and business unit success. A growing chorus of influential environment, social, and governance activists and investors monitor and scrutinize whether and to what extent companies are living up to their stated missions.

However, companies face considerable challenges in making good on these commitments, particularly given the scaled-up demand for clean energy technologies. According to the International Renewable Energy Agency (IRENA), “the largest reserves of metals and minerals required for renewable technologies are found in weak states with poor governance records.” The World Economic Forum noted that “raw materials needed for batteries are extracted at a high human and environmental toll. This includes, for example, child labour, health and safety hazards in informal work, poverty and pollution.”

The media have begun to focus attention on these issues, especially Congo’s troubling cobalt industry. Amnesty International stated that, “[c]ompanies who overlook human rights concerns as they clean up their energy sources are presenting their customers with a false choice; people or planet.”

According to the IEA and IRENA, some current extraction and processing practices are inefficient, unsafe, and polluting. For example, starting in May 2020, Russia’s Norilsk Nickel dumped tens of thousands of tons of diesel fuel in sensitive Arctic environments, triggering outcry from the region’s Indigenous population. Given that a majority of clean energy minerals are produced and processed in jurisdictions with poor human rights records, inadequate environmental protections, and historic corruption, this will not be the last major extraction-related spill. Well-intentioned, mission-driven clean energy companies already face reputation exposure, but that risk profile will increase dramatically in correlation with the exponential demand growth for their products around the world.

The exponential demand growth in clean energy technologies will open new global frontiers of extraction and increase the importance of existing producers. To support energy mineral producing countries, the U.S. State Department formed the Energy Resource Governance Initiative (ERGI) in partnership with Australia, Botswana, Canada, and Peru. The five founding countries have diverse histories, cultures, and regulatory environments, yet all have a successful track record of responsible mineral development. ERGI provides an online toolkit (ERGI.tools) and technical assistance programs for countries seeking to better manage their resource wealth and adopt best practices to attract world-class investors. Importantly, the U.S. government has integrated ERGI’s principles into U.S. development financing. As IRENA noted, “[w]ell-regulated and transparent exploitation of mineral deposits can make a major contribution to the economic development of these countries.”

These are critically important government-to-government initiatives to ensure there are adequate supplies of responsibly sourced energy minerals to meet future demand. However, supply is only half of market equilibrium, and there is only so much a government can do in free societies. With rare exception, government is a lagging indicator.

By contrast, the private sector is the leading indicator that can drive change forward, adapt quickly to changing circumstances, and, as a result, increase returns. The scale of demand growth in clean energy technologies means that companies face an unprecedented opportunity or a crushing challenge. According to Bloomberg New Energy Finance, solar, wind, and battery technologies will require $10 trillion of investment through 2050. The IEA estimated that about $53 trillion in energy-related investment would be necessary between 2014 and 2035. Yet, today’s concentrated supply chain is inadequate for the future. As noted in the most recent Reshoring Index published by the consulting firm Kearney, “the massive operational disruption wrought by the coronavirus pandemic will compel companies to fundamentally rethink their sourcing strategies. At minimum, we expect they will be increasingly inclined to spread their risks rather than put all their eggs in the lowest cost basket, as many long did in China.”

ERGI is working to ensure that clean energy companies have adequate supplies of responsibly sourced minerals. The private sector has a narrow window of opportunity to build the responsible clean energy supply chain the public expects to meet energy demand. A responsible supply chain should increase the diversity of mineral suppliers and processors, and ensure that all parts of the chain respect human rights, enforce environmental protections, and advance governance. In doing so, it can ensure resilience, reliability, and returns to shareholders and society.

The private sector—including buyers, technology firms, and financiers—should publicly recognize that a clean transition to clean energy technologies must include a responsible minerals supply chain. Clean energy companies should pledge that they will strive to source 100 percent from responsible supply chains by 2030. A responsible sourcing pledge does not obligate the firm to enter new businesses outside their respective missions. Rather, a pledge from technology firms, clean energy companies, and banks would give investors and entrepreneurs the requisite confidence to deploy capital to build a transparent, resilient, and responsible supply chain, because they know there will be eager customers on the other end.

A corporate pledge is important and preferable to other options, such as government mandates, for three key reasons. First, such a pledge aligns with clean energy companies’ stated mission. As such, companies would differentiate their products in the marketplace while broadening their impact beyond their own sales. Second, by declaring such a pledge, companies can effectively future-proof supply chain reliability and resiliency. Third, by committing to a future responsible supply chain, firms signal first-mover advantage and have an opportunity to shape any future government intervention.

Clean energy’s growth is creating exponential demand for the minerals that enable such technologies. However, the current energy mineral supply chain is insufficient to meet scaled-up demand, given current market concentration in a few jurisdictions with poor track records on the environment, human rights, and governance. As such, these supply chokepoints could imperil clean energy deployment, and clean energy companies would face unmitigable reputational risk and, therefore, poor financial performance.

Yet it is not too late. The U.S. private sector leads the world in identifying risk, developing opportunities, and capturing value. The future supply chain risks are clear, the opportunities are significant, and the potential value is measured in the trillions of dollars. Clean energy technology companies can take meaningful steps to prepare for the future and develop the supply chain for tomorrow.

It all starts with a simple and clear declaration to lead with responsibility both to society and shareholders. By pledging to source raw and processed minerals from responsible sources by 2030, corporate leaders will catalyze a new supply chain built on inclusivity, one that considers the mine site as much as the zero-emission consumption—a supply chain for the future that we all deserve.