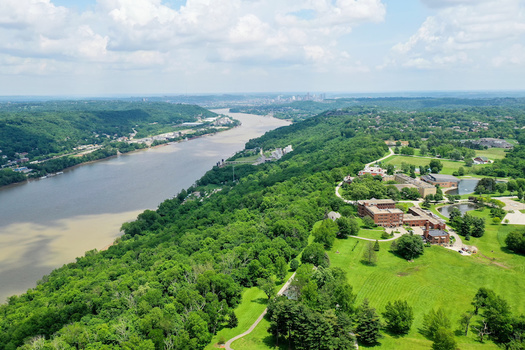 Nutrient loading in the Ohio River leads to harmful algae blooms that threaten drinking water. In 2019, one bloom occurred that spanned 300 miles; 2015 saw another across 700 miles. (Rick Lohre/Adobe Stock)

COLUMBUS, Ohio – Groups that advocate for water quality are urging the incoming Biden administration to meet the goals of the Clean Water Act, which means reducing what’s known as nutrient pollution in the Ohio River.

“We’ll have more and more harmful algae blooms,” said Graddy. “They’ll happen more frequently, because there’ll be more and more fuel for them. And that will make the river less useful and more dangerous for all of us.”

He said this is the third petition to set nutrient-loading regulations over many years.

In 2008, the EPA rejected a similar petition for the Mississippi River, indicating the agency planned to work regionally and with states. But Graddy said neither the EPA nor ORSANCO has followed through.

Jason Flickner, executive director and waterkeeper at the Lower Ohio River Waterkeeper organization, said not only do algae blooms threaten drinking water – as they decompose, they use much of the oxygen that other critters in the River rely on, reducing biodiversity.

“We were supposed to have no discharges to waters of the United States by 1982, according to the Clean Water Act,” said Flickner. “We missed that deadline. So, you know, other things have been given priority over nutrients.”

Flickner said coal ash from coal-fired power plants is also causing issues in the lower basin. He said the Trump administration regulatory rollbacks have held up progress in cleaning up the Ohio River, but he applauds the environmental law firms that have challenged many of them.

Disclosure: Sierra Club, Ohio Chapter contributes to our fund for reporting on Energy Policy, Public Lands/Wilderness, Urban Planning/Transportation, Water. If you would like to help support news in the public interest, click here.