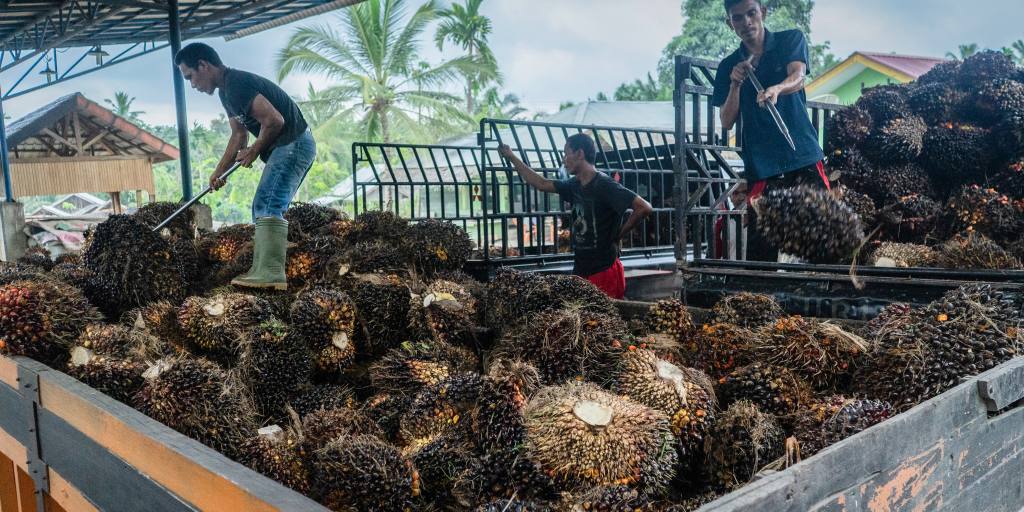 JAKARTA — Indonesian state oil and gas company Pertamina said on Friday it has begun a second round of test production for a biodiesel made entirely from palm oil at its largest refinery in Central Java Province.

The test run for Green Diesel D100 kicked off at the Cilacap refinery on Jan. 9 and is scheduled to wrap up on Jan. 16. It follows a similar test in July. Pertamina is also continuing production trials for its “green avtur” jet fuel made of palm oil, which began in late December.

These efforts come as the government pushes to expand the use of palm oil-based biofuels to ease oil imports and boost a vital sector of the economy.

“The trials will keep ongoing until [the products] are ready and safe for use as fuel by the public,” Pertamina said.

Spokesman Hatim Ilwan said the facility will produce 3,000 barrels of the fuel per day in the early stages of commercial production, though he did not say when that will be. That is three times the production capacity planned for Dumai, the smaller refinery in Riau Province where the first round of test production was carried out.

Pertamina President Nicke Widyawati said last year that Cilacap’s capacity for D100 production will eventually be increased to 6,000 barrels per day, and the company’s third refinery, in South Sumatra Province, will be developed with a capacity of 20,000 barrels.

Indonesia has been quickly expanding its biodiesel program in the past few years to reduce its dependence on oil imports and narrow its current account deficits, while also supporting the domestic palm oil industry as it faces pressure from Europe over environmental concerns.

In September 2018, the government mandated that all diesel sold in the country must be B20 — a biodiesel mix containing 20% palm oil and 80% regular diesel. The program was upgraded to B30 in January last year, with initial plans for an upgrade to B40 this year.

The B40 program has been put on hold, however, as the coronavirus pandemic suppressed crude oil prices and caused palm oil prices to soar in the second half of last year, making the use of biodiesel more expensive.

Palm oil prices reached their highest level in 10 years in December, pushed up by labor shortages on Malaysian plantations and rising demand for soap and hand sanitizer precursors, which are also made from the commodity.

Energy Minister Arifin Tasrif said last week that biodiesel consumption in Indonesia reached 8.46 million kiloliters last year, an increase of more than 30% from 2019. He said this saved the country $2.66 billion in foreign reserves.