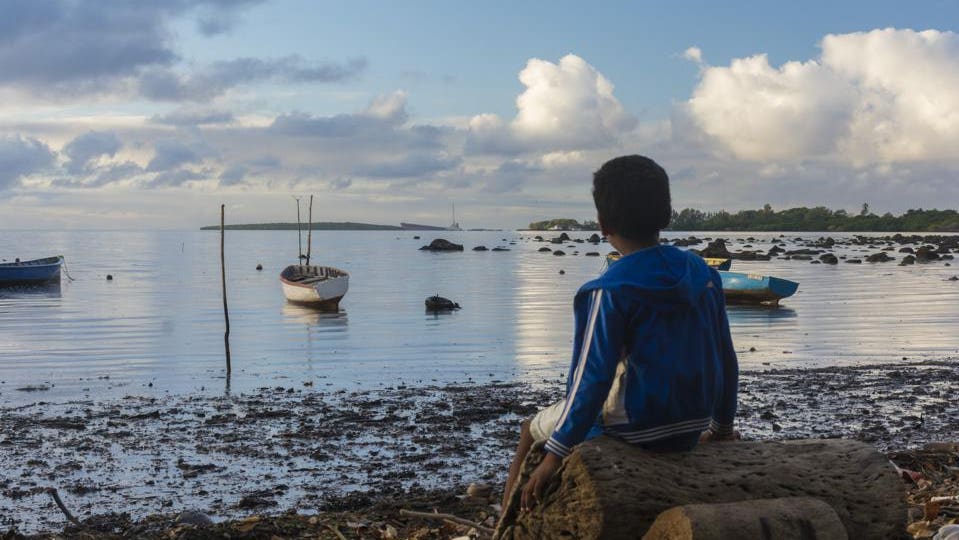 A medical survey conducted by an environmental NGO in Mauritius, Eco-Sud, has revealed that one in six people exposed to the oil from the Wakashio last summer, are now reporting health symptoms six months on from the oil spill.

In a survey of 277 people medically examined between September 22 and December 3 in nine villages around the oil spill, 45 reported health symptoms directly linked to the oil.

It is estimated that over 35,000 people could have been exposed to the oil and fumes from the oil since August 2020. Not all had been wearing protective equipment as they lived in fishing villages adjacent to the water.

In a press release by the Mauritian NGO on January 12, Eco-Sud warned that respiratory and dermatological illnesses could take several years to materialize following direct or indirect contact with the oil and vapor.

This is the second such survey to reveal growing medical issues associated with the fuel from the oil spill. A survey of 2500 local residents conducted by local social group, Rezistanz ek Alternativ, found the overwhelming majority were reporting adverse health outcomes linked to the Mauritius oil spill since August, with 60% showing symptoms of mental illnesses associated with the oil spill such as insomnia, depression and anxiety.

Medical research published in the leading medical journal, The Lancet, into the 1989 Exxon Valdez oil spill in Alaska and 10,000 individuals involved with the 2010 BP-Mitsui Deepwater Horizon oil spill in the Gulf of Mexico, discovered a significantly higher incidence of depression and post-traumatic stress among local residents, oil spill responders and clean up workers.

On September 12, the World Health Organization (WHO) had warned about the long term effects of exposure to this oil in Mauritius saying, “Oil contains mainly hydrocarbons (lipophilic substances), sulfur and even heavy metals, all of which are both acute and chronically toxic to marine and terrestrial wildlife, as well as humans.”

A spokesperson for the WHO went on to describe the short-term and long-term risk of exposure to the oil and fumes from this oil.

Medium- and long-term toxicity: the worst part is that the substances mentioned above are carcinogens that can contaminate the food chain. These substances are toxic with material and functional accumulation. The consequences are devastating for the health system, which will have to deal with an explosion of diseases whose care is extremely costly.”

The fuel was supplied by BP in Singapore on July 14 2020. It was being used to power a large Japanese bulk carrier operated by Japanese shipping giant MOL, which ran aground on 25 July 2020, in circumstances that are yet to be fully explained.

The oil was an experimental type of fuel, called low-sulfur VLSFO ship oil, that had been leaked for the first time off the coast of Mauritius. This fuel had been rapidly introduced into the global shipping industry at the end of 2019, and had never previously been assessed for the full effects in the marine environment.

At the time of the oil spill, the UN shipping regulator, the IMO revealed that it was not aware of the long term effects of the oil. On 19 August, a spokesperson said, “because this fuel is so new, research has only just been initiated on its fate and behavior in the environment, particularly over a longer period.  We know that some of the oil companies are financing research on this, and oil research centers e.g. CEDRE and SINTEF, have initiated work, but we don’t have any concrete information on this as yet, given the relative newness of these bunkers.”

The spokesperson then went on to say, “It’s really the longer term fate and effects that are not yet known.”

This made it particularly important to secure samples for the oil early on in the oil spill, or from samples being stored at the refueling depot in Singapore, so a full analytical model could be built to understand how the oil could remain in the marine environment for years to come, as well as the potential health implications to communities exposed.

Until now, no sample from the original source of fuel has been provided by BP to authorities in Mauritius or in Australia, whom the Mauritian Government had requested assistance from, and who had in turn requested samples from BP in Singapore in August 2020.

On January 12, BP issued a statement denying that it had impeded the oil spill response and investigation.

In October, a joint Australian-U.S. team linked to Woods Hole Oceanographic Institute and Curtin University obtained a sample of oil that had been in the ocean for ten days.

They observed that this oil was ‘surprising,’ ‘complex,’ ‘unusual’ and was unlike oil they had ever seen before.

Within days of the oil spill, between 50 and 100 dolphins, whales and sea turtles died in the bays of Mauritius. Thousands of sea creatures were found dead around nearby neighboring islands months after the oil spill. This level of acute mortality is extremely unusual for an oil spill, and made it even more important for an original sample of the oil to have been analyzed before it had touched the ocean.

Algae blooms continue to be detected in Mauritius

Six months on from the oil spill, algae blooms continue to appear along Mauritius’ coral-lined coasts in areas that had never previously experienced such blooms.

On January 5, local Mauritian journalists recorded a video of the latest algal bloom along the coast, with the Wakashio visible on the horizon.

The presence of harmful algae blooms is usually a worrying sign that corals may be about to see a phase-change to a more hostile environment for coral reefs and seagrass, which are highly sensitive marine environments and hotspots for biodiversity.

The rear (stern) of the Wakashio remains stuck on the coral reefs of Mauritius. A salvage team is developing a plan to remove the stern, after the 300 meter front section (bow) of the vessel was controversially scuttled in Mauritian waters on August 24. This bow would have contained the main fuel tanks of the Wakashio.

The local communities in the regions impacted by the oil spill have been complaining they have still not received the funding promised by the Japanese Government or Japanese shipping giant, MOL, who had been operating the Wakashio.

Local community group, Rezistanz ek Alternativ has been highlighting that the impact of the oil spill has gone well beyond the fishing and hotel industry and extends to secondary support sectors such as taxi drivers, restaurant owners and suppliers in the tourism industry.

Their spokesperson, Ashok Subron, has produced a series of videos that have shown how many islanders in the South East are now facing a growing debt crisis that has been triggered by the spill.

With the ongoing global coronavirus pandemic, and a growing political crisis in Mauritius, those who are suffering most are the local communities who were on the front lines of the oil spill, and now appear to have been forgotten by Governments and large businesses, as the media spotlight has moved away.

It is these communities and the marine environment who will be saddled with the impact of the oil spill for decades to come.