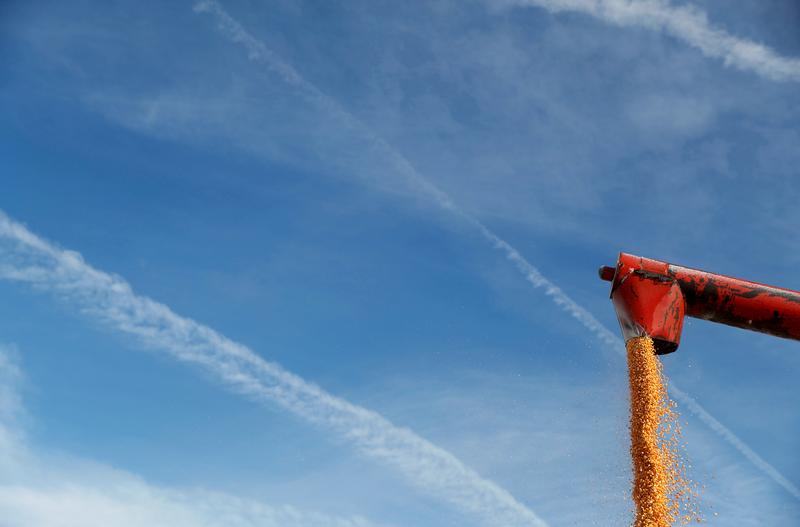 The accelerated imports are among several positive signs for the ethanol sector which has been hard hit by years of oversupply and, more recently, a sharp drop in demand as the coronavirus pandemic slashed fuel use.

“China actually has been buying U.S. ethanol. That’s something that they have not been doing over the past couple of years,” Young said on an earnings-day call with analysts.

“We do see, particularly in the area of ethanol, green shoots of recovery in 2021 for this business here,” he said after the company reported a stronger-than-expected fourth-quarter profit on Tuesday.

China has not traditionally been a large importer of ethanol, but tightening supplies of domestic corn used to make the biofuel coupled with a wide spread versus U.S. prices spurred the need for imports.

“Domestic corn prices keep rising and ethanol prices in the (domestic) market remain high,” said a Chinese source with knowledge of the purchases, adding some cargoes had arrived this month.

Chinese demand for ethanol has also increased since it can be used as an alcohol in disinfectants, whose consumption has surged amid the coronavirus pandemic.

“The supply gap is quite big also due to the epidemic, and can only be supplemented with imports,” the source said.

China mainly produces ethanol from corn and it is used to make alcoholic spirits, disinfectant alcohol, and fuel ethanol.

China’s corn prices rallied over 30% in 2020 and have climbed further to a record this year.

ADM did not disclose if it was among China’s suppliers.

Valero Energy Corp is one of the companies that has sold ethanol cargoes to China, two U.S. market participants said. Valero did not immediately respond to a request for comment.

Sinopec and COFCO were among the buyers of U.S. ethanol cargoes, according to the Chinese source.

Both Sinopec and COFCO did not immediately reply to faxes seeking comments.

Even as China increases its purchases, about 10% to 15% of U.S. ethanol production capacity remains idled due to poor margins, including two dry corn mills owned by ADM. Those two mills, Young said, could restart in the first half of this year if margins improve.

Beijing suspended a nationwide rollout of ethanol in gasoline supplies in 2020 following a sharp decline in corn stocks.

However, on Dec. 31, China’s energy regulator urged oil and gas companies to restore supplies of ethanol-blended gasoline following reports that firms had cut sales in parts of the country.

U.S. ethanol prices have risen since last year, making it currently unprofitable for Chinese buyers to import as 45% tariffs on U.S. cargoes are still in place, traders said.

“The deals should have been done when U.S. ethanol prices were (at) their lowest point,” said a source with an international trading house.

Reporting by Karl Plume in Chicago, Hallie Gu in Beijing; Additional reporting by Mark Weinraub in Chicago and Stephanie Kelly in New York; Editing by Marguerita Choy and David Evans