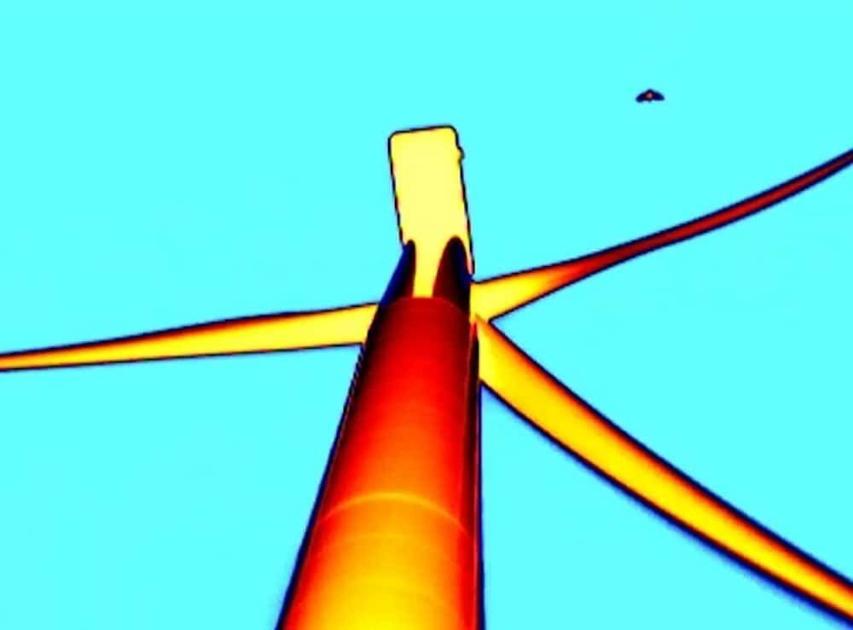 Seeking to limit impacts on wildlife from an increasing number of renewable power developments, the Wyoming Game and Fish Commission revised 10-year-old guidelines on Jan. 28, adopting for the first time recommendations on solar projects.

The guidelines seek early engagement with developers and at least two years of wildlife monitoring before they break ground. By working with developers even when they’re selecting a location, impacts can be minimized, said Amanda Losch, the agency habitat protection program supervisor.

“We really wanted to clarify a process where we had a lot of communication and touch points … so there’s constantly a back and forth,” she said. “For us, it’s all about having open lines of communication.”

“In our review of energy projects we do not have a regulatory role,” Losch said. “We make recommendations.” The guidelines address siting, monitoring, mitigation and data-collection on new installations, among other things.

It’s easier to protect wildlife by planning ahead than by trying to make up for destroyed habitat, the guidelines state. “Mitigation options will almost always be more costly once facilities are in place,” guidelines state. “[S]ignificant unmitigated impacts may contribute to population declines of wildlife, alter species’ distribution and community composition, and affect the Department’s ability to meet species-specific population objectives.”

Existing development guidelines were a decade old, Losch said, and the agency is fielding more requests for input on solar installations as well as wind projects. “It was time to take another look,” she said.

Renewable proponents should avoid high-value or sensitive wildlife and fisheries resources and “large areas of unfragmented habitat” at the outset, guidelines state. Developers should instead target less valuable already-disturbed or cultivated areas.

Guidelines include expanded “best management practices” to help avoid harm to wildlife. They include more details on what methods should be used in pre- and post-development monitoring, making the information collected more consistent across Wyoming, Losch said.

A new section fleshes out what the agency wants in post-construction monitoring plans. The new guidelines also expand on the role of technical advisory panels for each project.

“In this document, there’s more information on who should be on it, what should they be doing,” Losch said.

To make up for wildlife or habitat losses, the guidelines call for mitigation, saying “appropriate measures” should be taken to ensure “resource maintenance.”

“The ability to mitigate [impacts] can influence whether a project is supported or not by the Department,” the guidelines state.

Today Game and Fish is engaged with developers of about 20 wind projects, Losch said. Some are in planning stages and others are operating. The department is examining 14 solar projects, only one of which has been constructed.

Development of industrial-scale renewable energy projects could be wildlife managers’ next challenge as consumer demand and federal policies favor them over fossil fuels. Wyoming is the top state for potential wind development, the Wyoming Energy Authority states.

Energy companies have developed 1,816 megawatts of wind power production capacity in Wyoming and are building another 4,341, according to the American Wind Energy Association. The wind farms are affecting wildlife.

Recent research suggests pronghorn antelope shy away from turbines on their winter range. “We found evidence that pronghorn avoided wind turbines in winters after development within their winter home ranges,” authors stated in the abstract of a 2020 scientific paper. They acknowledged the topic needs more study.

Before adoption of the new guidelines, Game and Fish already was recommending that the Industrial Siting Council allow no wind development in critical “core” greater sage grouse areas “without clear demonstration … that the activity will not cause a decline in sage grouse populations.”

A five-year study of 346 telemetry-tagged female grouse comparing undeveloped area to a wind farm detected that they were less likely to select brood-rearing and summer habitat in disturbed areas.

There’s also worry about turbine blades killing birds and bats. The first phase of the Chokecherry and Sierra Madre Wind Energy Project south of Rawlins, for example, is expected to kill two bald eagles and 14 golden eagles a year, according to the U.S. Fish and Wildlife Service.

Power Company of Wyoming LLC is developing that 1,000-turbine, 3,000-megawatt field across 320,000 acres on the private Overland Trail Cattle Company Ranch. The USFWS calculation of the turbines’ toll on eagles applied to the development of only the first 500 turbines, expected to be erected starting in 2022.

The importance of proper siting of solar installations became evident in 2019 near Green River when one interfered with antelope migration, forcing the animals onto a highway. Game and Fish was worried that might happen, and officials wrote Sweetwater County officials about department fears.

Even though developers increased the project setback to 600 feet, wildlife were “forced onto Wyo. Highway 372” after more than 1,000 of them were “bottlenecked” by the fenced solar array, according to the Green River Star.

“It’s constructed in a place that makes sort of a pinch point,” Losch said.