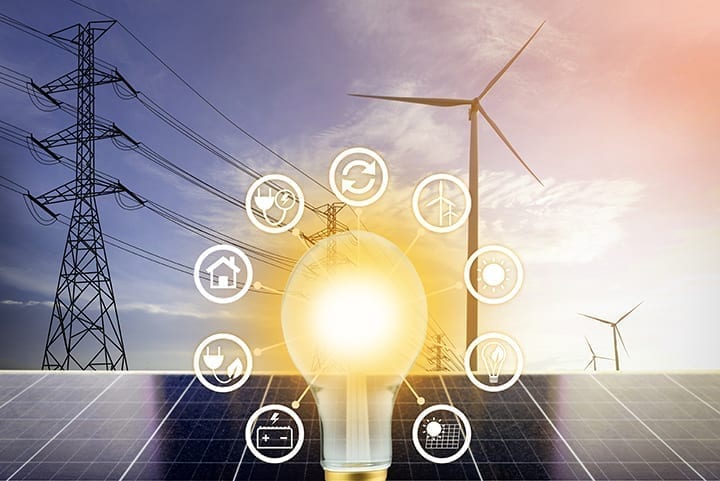 It was about a year ago that COVID-19 gained the world’s attention. The first laboratory-confirmed case of COVID-19 in the U.S. was reported to the Centers for Disease Control and Prevention on Jan. 22, 2020. Since that time, more than 26 million cases and 440,000 deaths have been reported, according to a database managed by The New York Times.

The pandemic took a toll on the power industry. For example, analysis of federal unemployment filings prepared for E2 (Environmental Entrepreneurs), E4TheFuture, and the American Council on Renewable Energy (ACORE) by BW Research Partnership found that the clean energy industry finished 2020 with the fewest number of workers in its ranks since 2015. A report released by the group on Jan. 13 shows more than 429,000 previously employed clean energy workers (12% of the sector’s pre-COVID-19 workforce) were still unemployed at the end of December, “due to the hard-hitting impacts of the COVID-19 pandemic,” the researchers said.

Phil Jordan, vice president at BW Research Partnership, noted, “Clean energy had been one of the nation’s fastest growing sectors over the past five years, prior to the COVID-19 pandemic.” However, according to the group’s analysis, it would take about two and a half years for the clean energy sector to reach pre-COVID employment levels at the rate of recovery observed since June.

Another study expects the turnaround to be much quicker. The Global Energy Talent Index Report 2021 (GETI 2021), which is based on a survey conducted by Airswift (an international workforce solutions provider) and Energy Jobline (a specialist job board for the global energy industry) says: “The renewables sector continues to enjoy reliable growth, broadly positive salaries, and optimistic expectations for the future. COVID-19 has constrained the sector to an extent, but environmental concerns and societal demands for energy transition continue to drive it forward.”

The GETI 2021 researchers found renewable sector wages held up well in spite of the pandemic. In fact, 35% of survey respondents reported a pay increase during 2020, while only 17% reported a reduction in pay. Although those percentages were decidedly negative from a worker’s perspective compared to 2019, when 48% received pay increases and 8% reported decreases, the numbers were “broadly good news” for workers in the eyes of the analysts. Furthermore, 67% of respondents are expecting an increase in pay in 2021.

“This is a growth industry, and one that has been getting more investment, more projects, more attention, and more government assistance,” Janette Marx, CEO of Airswift, was quoted in the report as saying. “There is a realistic expectation that the industry will grow—and that individual incomes will grow with it.”

At least some financial experts are also expecting a rapid rebound in the renewable energy sector. “When it comes to renewables, we may likely look back on 2020 not so much for the COVID-induced contraction in spending but for the sprightly return to growth,” Roger Diwan, vice president of Financial Services with IHS Markit, said in a statement released in mid-December. “The recovery of capital investment to pre-pandemic levels, coupled with falling costs that will give added weight to every dollar invested, is bringing renewed momentum as we head into the New Year.”

While IHS Markit predicted global non-hydro renewables capital expenditures would be about $235 billion in 2020, down 7% from 2019 levels, it said spending on renewables was poised to bounce back to $255 billion in 2021, up 8.5% and in line with 2019 levels. Meanwhile, sharply declining capital costs across renewable technologies means that just a 9% increase in spending would be associated with a 45% increase in cumulative gross renewable capacity additions in 2021–2025 versus 2015–2019.

“There is a chance that this new surge in capital spending for renewables could still exceed expectations,” Diwan said. “Countries and companies are accelerating their renewables ambitions, often anchored in net-zero emission targets, and a number of key countries are likely to focus post-COVID crisis spending on new green initiatives.”

Another financial study was similarly encouraging for the renewable energy sector. BDO, a firm that provides assurance, tax, and advisory services to a wide range of companies, surveyed 100 middle market energy Chief Financial Officers (CFOs) and compiled the findings in a report released on Jan. 11. In it, 96% of power CFOs reported having plans to finance new renewables projects in 2021. “Though renewables projections are behind where the industry once hoped for them to be, it’s clear that energy CFOs know the shift to greener energy sources remains a business imperative,” the report says.

Perhaps the most promising finding from the BDO report, however, was the optimism CFOs exhibited toward the future. When asked to predict whether their company would be “thriving” or “surviving/struggling” in 2021, thriving was overwhelmingly the choice respondents selected by nearly a 3–1 margin.

The BDO report concludes: “2020 brought unprecedented challenges to the energy sector, and many of them won’t abate anytime soon. But while the year placed further burden on an already volatile industry, it also solidified the path forward. The blueprint for middle market energy companies is a clear one: Balance the challenges of today—be it low prices, increased costs, evolving regulations or others—but don’t neglect the future.”