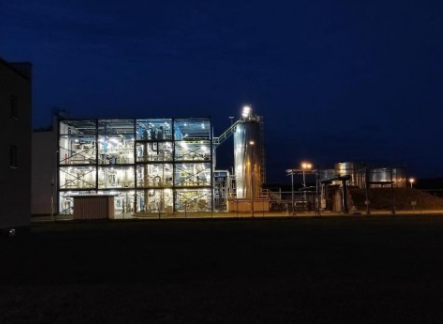 One of the world’s largest LPG distributors announced a new partnership with Ekobenz, a Polish technology specialist in catalytic conversion of bioethanol to bioLPG and biogasoline.
UGI International has secured the exclusive rights to Ekobenz’ supply of bioLPG, a renewable form of propane-butane produced from advanced bioethanol.
The primary raw material to produce bioLPG is the conversion of organic material from industrial waste, unsuitable for use in the human and animal food chain.
The product can be used by all of UGI International’s existing LPG facilities operating across Europe.
The move signals UGI International’s leadership in supporting emerging technologies that have the potential to transform and decarbonise a sector that has been heavily reliant on fossil fuels.
The unique properties of bioLPG mean that it can be easily combined with traditional conventional LPG and used across the same applications, diluting the carbon footprint per litre and offering a greener alternative that can be used in exactly the same way by customers.
Ekobenz is the first company in Europe that has succeeded in commercialising bioLPG production based on advanced bioethanol produced from waste. The first shipment of bioLPG from Ekobenz’s research facility in Bogumiłów, Poland, is expected to arrive in Sweden in the spring.
Roger Perrault, executive vice president Global LPG, said: “Ekobenz is an excellent opportunity for us to benefit from one of the emerging pathways to a more sustainable future. This initiative is one of many options we are currently pursuing on the path to securing the production of renewable fuels.”
Neil Murphy, vice president for Business Development for UGI International, added: “The proprietary technology employed by Ekobenz produces very high-quality products at a moderate cost, paving the way for large scale, commercial production which can be easily expanded in Europe. Together it’s our ambition to pioneer affordable bioLPG for the foreseeable future.”
Stanisław Jabłoński, President of Ekobenz, said: “All 2020-2050 milestones aimed at zero emissions for liquid and gaseous fuels can be met using the existing distribution system, equipment and people.
“Therefore, Ekobenz as a producer of renewable fuels and UGI as a leading LPG distributor meet the conditions for a highly successful partnership which can protect the climate and achieve zero emissions in 2050.”