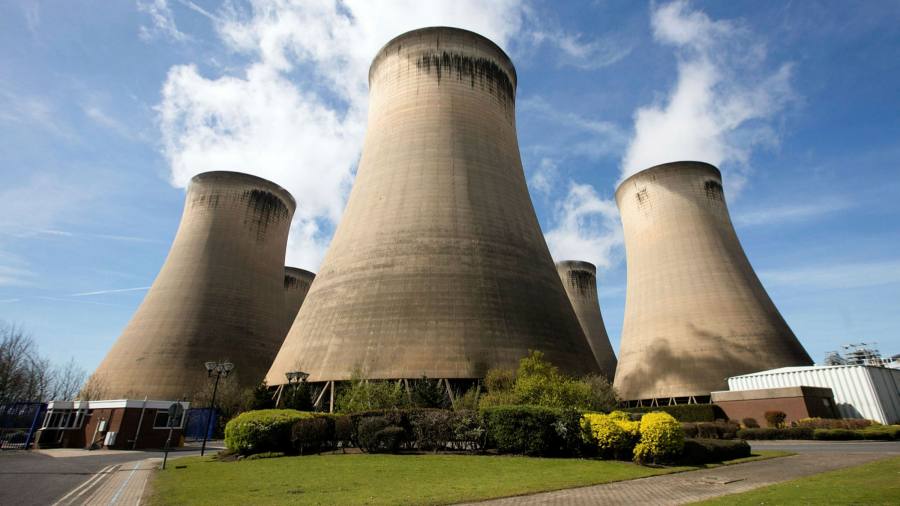 The giant Drax power station in northern England is divided into six generating units. Two of these burn coal and are scheduled to cease commercial production next month because of their unacceptable emissions.

The others burn wood, known as “biomass”, and receive hefty subsidies from the state for their beneficial climate properties.

OK, you might think, the ones burning biomass must produce far fewer emissions. Why else spare them while closing the coal burners?

But you’d be wrong. Whereas in 2019, biomass puffed some 915 grammes of CO2 up Drax’s smokestacks for each kilowatt hour of electricity it generated, according to the company, coal only just beat it, pumping out 1,063g. And that was mainly because it was only burnt intermittently, making it less efficient. The previous year coal produced “just” 887g CO2/kWh — rather less than biomass.

Nor is this the whole story. It excludes the emissions produced by the whole supply chain required to turn trees into wood pellets and transport them across oceans. These add a further 124g CO2/kWh to the mix.

Drax’s green credentials came under the spotlight last week, when it was attacked by environmentalists for buying a Canadian wood pellet company that uses fossil fuel to dry wood fibre rather than sustainable material. The concern? That the practice pushed up the carbon intensity of Drax’s supply chain.

But there’s a far bigger question to answer about the environmental credibility of biomass. Given those hefty smokestack emissions, is it really low-carbon at all?

The first puzzle with biomass is why we don’t count those 915g CO2/kWh as being emitted. Two justifications exist for this climate accounting magic trick. One is that wood, unlike coal, can be regenerated as a fuel source by replanting trees. The second involves a counterfactual: what alternative use might that wood have had if it hadn’t been shipped to Drax.

To qualify as biomass, the wood needs to be deemed “waste”. That might be sawdust from a sawmill or trees cut to thin the density in a plantation, as against growing new trees for the sole purpose of felling and reducing them to ash.

Much turns on these classifications, not least Drax’s profitability. With biomass classed legally as “sustainable”, it avoids paying for the carbon it emits (several hundred million pounds in 2019 according to Ember, a think-tank). It also attracted renewable subsidies worth £800m that year, under a regime that runs until 2027. (In 2019, Drax’s pre-tax profits were just £142m).

Drax is now responsible for 15 per cent of the UK’s renewable electricity. Some of that output benefits from a guaranteed strike price of £100/MWh. That’s higher than the Hinkley Point nuclear project, let alone the latest wave of offshore wind renewables that are coming in at around £40/MWh.

Whether that’s money well spent is very debatable. Research by the European Academies Science Advisory Council suggests that burning biomass leads to an initial increase in atmospheric carbon that can take decades to be reabsorbed — a concept known as “carbon debt”.

So how low-carbon it is depends (among other things) on the time you have to recoup that debt. Yet the timescales we are working to have been shrinking. Britain is now legally committed to reaching net zero by 2050, and aims to cut grid emissions this decade to between 50g-100g CO2/kWh. That’s far less even than biomass’s supply chain.

There is an even more fundamental problem, which is basing the idea of sustainability on a counterfactual. How can we really calibrate emissions against a hypothetical alternative outcome that we cannot know?

One way of unpicking all this is simply to go back to basics. The main justification offered for biomass is that it encourages reforestation. But as the economist Sir Dieter Helm points out, there are other ways of getting trees planted. It does not need to be conflated with industries whose business is burning wood.

It is hard anyway to see how biomass fits with the history of energy transitions. These have moved from less power dense to more dense and efficient energy technologies; so coal succeeded wood, and was in its turn succeeded by oil and natural gas. Wood-burning is a retrograde step.

Biomass may have a role in decarbonisation, but it is likely to be limited and to depend on it being harnessed successfully with carbon capture technology. Rather than chucking ever more money down this rabbit hole, governments should more sensibly focus on technologies which are scalable, clean and dense.