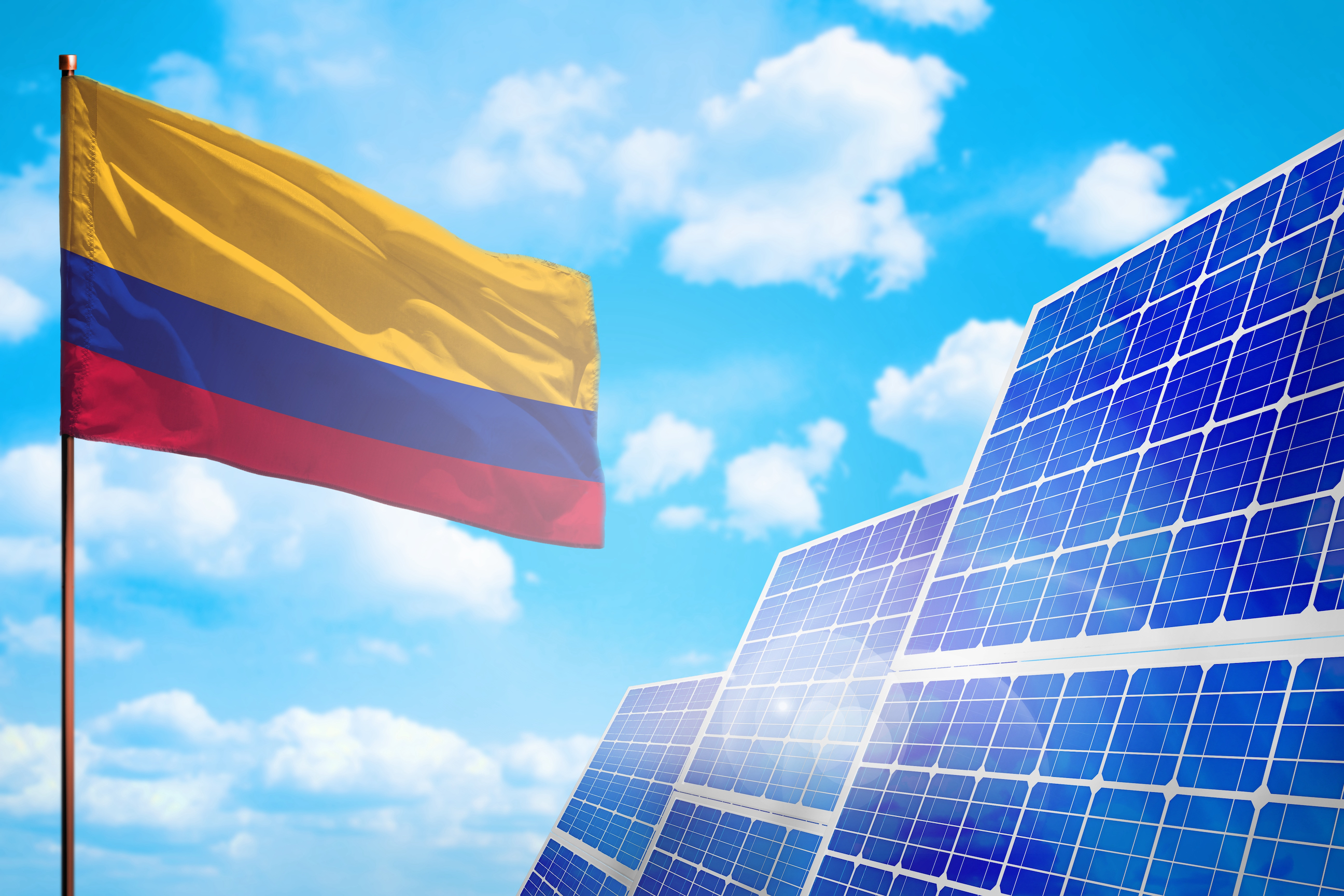 Over the past decade, Colombia has set increasingly ambitious renewable energy goals. In 2020 alone, the government pledged to reduce greenhouse gas emissions by 51 percent and install 4,000 megawatts of new, non-hydro, renewable electricity by 2030 — about 24 percent of the country’s projected electricity capacity.

These goals aren’t just promises — in 2019, the government took its first steps toward achieving these targets by launching a renewable energy auction for 1,374 MW of new wind and solar power generation. While this action is an important start, the country will need to significantly ramp up its efforts over the coming years.

Assuming the auction’s resources come online by 2022, Colombia still must install an average of 280 MW each year for the subsequent nine years in order to reach the government’s goal. This means adding about 55 percent more renewables capacity each year than the country had built in total prior to January 2020. In the Latin America region broadly, these aggressive investments in renewable energy could directly create 3.2 million jobs, nearly 8 percent of the projected total under a green energy transformation.

Achieving this level of clean energy capacity will be challenging, but one major way Colombia can get there is by engaging the private sector — and in particular, commercial and industrial (C&I) companies, which represent more than half of the country’s electricity demand.

Many large C&I energy buyers in the country already have started to explore renewable energy solutions that shift their energy consumption to new sources that are both cleaner and less expensive. Market data from 2018 and 2019 shows that solar companies in Colombia can provide C&I customers with on-site renewable generation options at significantly lower rates than current grid prices, offering electricity cost savings up to 20 percent.

While the potential benefits are significant, understanding how to navigate the process of switching to cost-saving renewable energy can be tricky. A new guidebook from the Clean Energy Investment Accelerator (CEIA), a partnership between Allotrope Partners, World Resources Institute and the U.S. National Renewable Energy Laboratory, outlines the options for C&I companies that want to procure renewable electricity in Colombia. Here are the three major ways they can do it:

In Colombia, on-site turnkey purchases offer an option for the customer to buy a renewable energy system, such as a solar photovoltaic installation upfront and then be responsible for its associated operations and maintenance costs.

On-site systems are typically installed on a customer’s rooftop or grounds and connect directly to the buildings or facilities consuming the electricity. These systems require significant upfront costs; however, this option is the least expensive in the long run because once the financing is paid off, all electricity generation is free.

For this reason, on-site turnkey purchases are a popular option in Colombia, with many leading corporations including Compañia Nacional de Chocolates, Ecopetrol and Tecnoglass investing in on-site solar generation. Collectively, these three companies already have installed over $25 million worth of solar electricity to deliver power directly to their facilities using on-site turnkey purchases.

2. Use PPAs or lease agreement for on-site installations

Another option involves using a power purchase agreement (PPA) or lease for an on-site renewable energy installation owned by a third party.

Under a PPA, the vendor — such as a developer or another service provider — finances, operates and maintains the renewable energy system installed at the customer’s site and sells the customer the generated electricity by the kilowatt-hour (kWh) over a set period of time (typically 10-20 years).

In a lease agreement, the customer rents the renewable energy system — typically for a flat rate each month, regardless how many kWh it produces — and owns all the electricity it generates. This option provides savings immediately upon installation because it requires no cash investment upfront, making it an attractive option for some companies.

3. Negotiate a PPA for an off-site project

Under an off-site third-party PPA, a generation company (“genco”) owns and operates a large-scale renewable installation such as a solar or wind farm, which sits in a different location from the customer’s facility. The genco is solely responsible for the system’s financing and maintenance, and sells the customer electricity by the kWh, delivered across the public utility grid.

In Colombia, a customer that chooses an off-site PPA must have a peak demand greater than 100 kilowatts, and can negotiate with its genco for a lower tariff rate. So far, off-site renewable energy PPAs have been rare in Colombia, in part due to restrictions and contracts that last 10-20 years. Such a term length is often considered too long when compared with conventional, non-renewable PPAs, which typically span three to five years.

Hundreds of companies globally have established science-based targets to reduce their emissions or have committed to ambitious renewable energy goals. With increasingly attractive pathways to renewable energy available, companies in Colombia can save money, lower their carbon footprints, support the government’s renewable energy targets and unlock a cleaner future.

To prevent the most catastrophic effects of climate change and curb global temperature rise to below 1.5 degrees Celsius above pre-industrial levels, C&I energy buyers across the globe must act quickly to take a leading role in decarbonizing the power sector by mid-century or sooner.