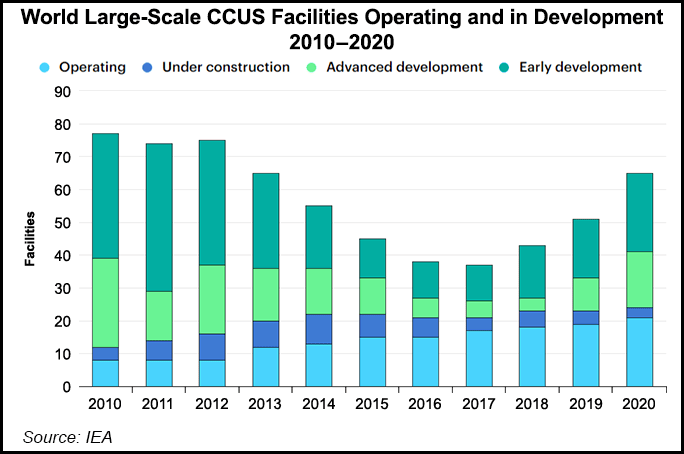 The bioenergy with carbon capture and sequestration (BECCS) project in the state’s agricultural mecca of the Central Valley is designed to convert agricultural waste biomass, such as almond trees, into a renewable synthesis gas. The gas then would be mixed with oxygen in a combustor to generate electricity.

“More than 99% of the carbon from the BECCS process is expected to be captured for permanent storage,” the companies said, as carbon dioxide (CO2) would be injected underground into nearby deep geologic formations.

No financial details were disclosed. However, the project is designed to make “a vital contribution to the local economy by restarting an idled biomass plant,” said CES CEO Keith Pronske.

Schlumberger New Energy’s Ashok Belani, executive vice president, said the project would show “how we play an enabling role to deploy carbon capture and sequestration solutions at scale…This unique BECCS project in California is a game-changing example of this.”

By using biomass fuel to consume CO2 to produce power and then permanently store the carbon leftovers, the process as designed could result in net-negative carbon emissions, according to the companies. If all things go to plan, the facility could remove about 300,000 tons/year of CO2.

“There’s tremendous opportunity to use cloud technologies in the energy sector to help accelerate the industry’s digital transformation,” said Microsoft’s Scott Guthrie, executive vice president of Cloud + AI. “Innovation at this scale” would be accelerated by the partnership.

Chevron’s Bruce Niemeyer, vice president of strategy and sustainability, said by leveraging its experience working in California, where the supermajor is headquartered, building projects “can be repeated” including large-scale CCS operations.

The project is expected to create up to 300 construction jobs and about 30 permanent jobs once in operation. Front end engineering and design already has begun, with a final investment decision set for 2022.

In other news, Chevron on Friday agreed to acquire the remaining units of Houston’s Noble Midstream Partners LP, expanding its transportation advantage in the Permian and Denver-Julesburg (DJ) basins. The midstream partnership and Chevron last year created an affiliate to oversee the Lower 48 gathering and transportation activity following its takeover of Noble Energy Inc.

“We believe this buy-in transaction is the best solution for all stakeholders, enabling us to simplify the governance structure and capture value” to support the onshore basins, said Chevron Midstream’s Colin Parfitt, vice president.

The transaction is expected to be completed by midyear.