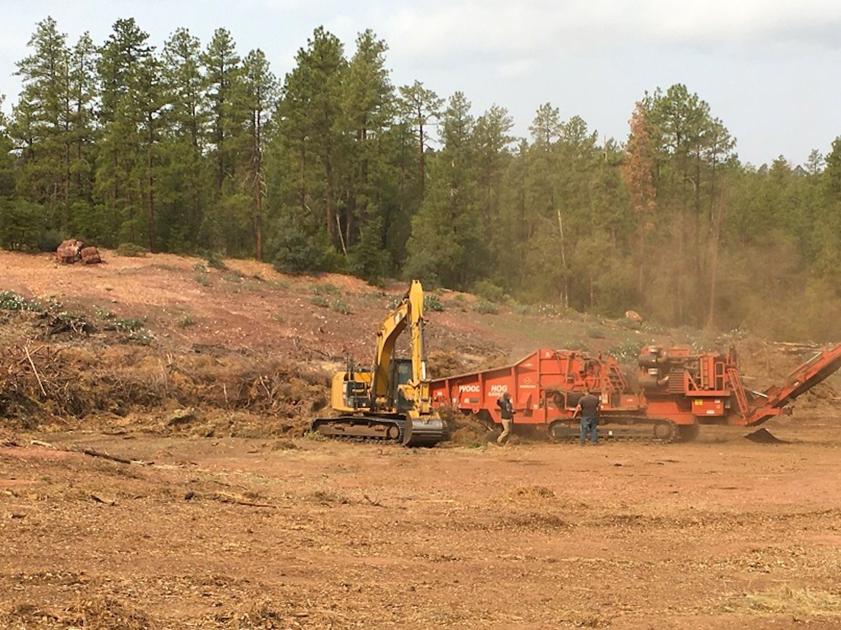 When Kevin McCully first came on as Payson’s fuels manager, he learned ash was a big part of his job.

“My first week on the job, Toby Waugh took me to the Blattner brush pit and told me the looming issue to fuel management was to find a different way to get rid of the biomass or a new place for a brush pit,” said McCully.

“RPAP was a collaboration between local, state, federal and county agencies and concerned citizens,” said McCully.

With annual support from the late District 1 Supervisor Tommie Martin, Rim Country has operated this system of brush pits from Payson to Pine to take trimmings private landowners generate as they clear and Firewise their properties.

As years passed, each with its own massive pile of brush, the ash threatened to overwhelm the pits.

“At some point you can’t burn anymore you have too much,” said McCully. “The ash fills the brush pits and eventually makes them unusable — so a new site is required.”

As a last resort, the pits had buried the ash, but even that wasn’t working.

McCully had to find a solution.

A chance meeting with Brad Worsley, the president of Novo Power, a biomass power plant in Snowflake, gave the two the idea of what to do with Payson’s brush.

Worsley set McCully up with the biomass contractor Gibson and Son.

The contractor processes the brush at the site and brings chips to the biomass plant to burn for energy.

Already the contractor has done a few test runs with Payson.

Gibson processed all the brush brought into the event center during the pop-up brush pit after the January snowstorm that damaged trees throughout town. At that event, Gibson processed about 47 loads.

“There is a minimum amount of material they need to make it worthwhile,” said McCully. “They like to have at least 15 loads to make it worth moving the equipment, then they grind and sell it.”

The last time they processed the brush at the Blattner and Buckhead Mesa pits, McCully said they “got around 44 loads at about 40,000 pounds each,” plenty to make the venture cost effective.

“The brush pits are an incredible value to residents of Rim Country,” said McCully. “You can get a feel for how much bio-waste we generate here in Payson — over 3.5 million pounds in two trips within about eight months.”

There is a never-ending need for brush by Novo Power.

“Some figures I came up with last time: 2,020 tons of biomass will produce about 1,811,200 kilowatts of electricity at the power plant, which will power approximately 2,000 average homes for one month. Novo Power uses this much bio waste about every 3.5 days,” said McCully.

Another benefit, Novo Power scrubs the particulates out of the power plant smoke.

In comparison, McCully calculated 2,020 tons of biomass creates about 72,000 pounds of smoke.

“Burning this amount of material generates a lot of ash and puts a lot of particulates in the air,” he said.

There is a threat to this program, however, keeping Novo Power open.

Biomass costs more per kilowatt hour than other forms of alternative fuel such as wind or solar.

“Buying power from them is so much more per electron,” said McCully. “That is hurting them in terms of getting renewable contracts.”

Right now, Novo Power only has a contract with APS for another year and a half, “which hurts them because no one will loan money to do improvements,” said McCully.

The problem could be fixed if the Arizona Corporation Commission required a certain percentage of what energy companies use for fuel comes from biomass.

“One of the things that isn’t translated well when they think of Novo Power, they automatically connect it to (the Four Forest Restoration Initiative) and they don’t see the value to our Rim Country communities,” he said.